Big Tech Dealmaking Accelerates in Signal Smart Cities Are Near

Robot driven taxis and computers eliminating traffic jams may appear sooner than you think after some of the biggest technology companies picked up the pace of dealmaking to bring about “smart cities” of the future.

Thirty-five agreements were signed between technology companies and major metropolises to jointly work on projects in 2017, up from eight the previous year, according to a report from Bloomberg New Energy Finance released Wednesday. Google’s parent company Alphabet Inc. and China’s online retailer Alibaba Group Holding Ltd. were involved.

BNEF clients can see the full report, “Technologies for Future Smart City Transit”, on the Terminal or on web.

As smartphones and computers seep deeper into the fabric of everyday life, governments are looking at how they can use technology to improve life in cities while companies seek new ways to make money. About half the world’s population now lives in urban areas, a total of 4 billion people, and that proportion is likely to rise to 60 percent by 2030, according to the World Health Organization.

“There is no such thing as a smart city today,” said Gordon Falconer, global director of smart cities at Schneider Electric SE. “But there are cities like Amsterdam, Barcelona and Singapore that have put together a strategy to keep improving and that are well advanced on the journey.” 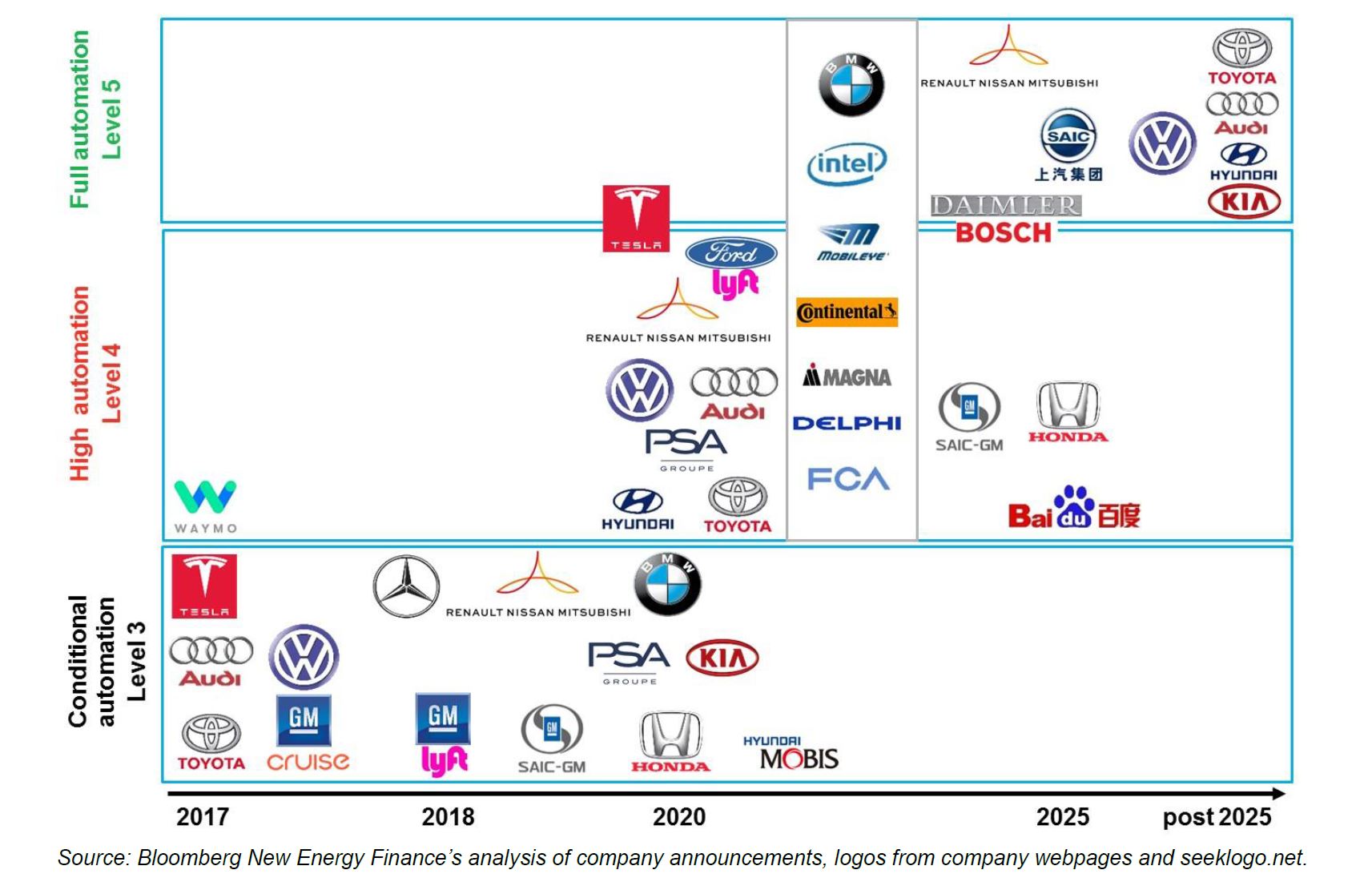 The world’s largest cities have the most jobs, and as more people relocate to improve their own fortunes, they’re packing into smaller spaces. Transport is emerging as a major friction point, contributing to both congestion and pollution.

“When we have congestion, when we have disruption, this interferes in the ability of cities and countries to leverage the talent they have,” said Ed Manley, a lecturer at University College London’s smart cities and urban analytics program. “Transport is fundamental to much of what we do.” 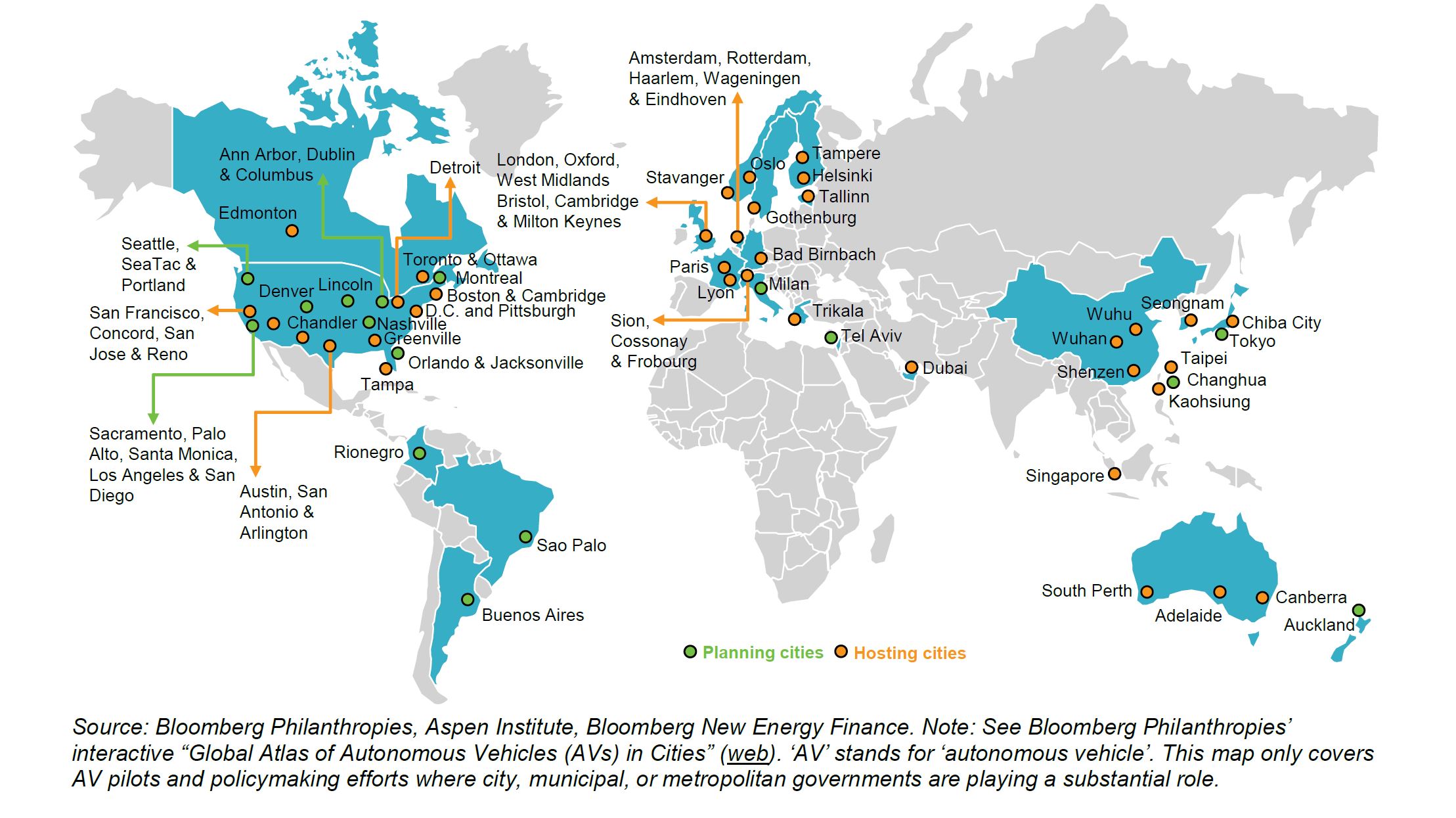 A range of solutions are emerging, from reducing the number of drivers on the roads with ride sharing to making cleaner electric vehicles.

Smart cities are frequently multi-billion-dollar ventures. Saudi Arabia recently announced a plan to build an entirely new city it will call NEOM, which it said will be fully powered by renewable energy and have self-driving vehicles and drones at a cost of $500 billion.

Alphabet is at the start of its work in the niche. It chose Toronto, Canada’s largest city, for its pilot project in October. The company is rebuilding 12 acres of underdeveloped lakefront property into a new commercial and residential area that will also house Google’s Canadian headquarters. Alphabet is currently considering what to do with the space in terms of technology and design and is preparing a plan for the project by the end of the year. It will invest C$62 million ($50 million).

Alibaba is focusing on digital infrastructure for its partnership with the government of Macau, a Chinese city known for its glitzy casinos and shopping malls. It’s building a smart transportation network that will link road, water and air traffic and installing cloud computing programs for the municipal government.

Working with a city can be pricey for technology companies, according to Claire Curry, head of emerging technologies analysis at BNEF.

“A lot of the projects we’ve seen have been cooperative pilots or demonstrations where the tech company has had to invest a lot more in the project than if it was being sold to a private company,” Curry said. “But a reason for getting involved anyway could be that cities are in charge of regulation. They can create a favorable environment for their partners, such as an area where they allow autonomous vehicles.”