Denmark Positions Itself as the Flag Bearer for Wind Power

Denmark just set a world record for using wind power to drive its economy. Its government now predicts that anyone betting against the technology is on the wrong side of history.

As U.S. President Donald Trump’s attempts to promote coal founder, Denmark is positioning itself as the flag bearer for wind power. Danish Energy Minister Lars Chr. Lilleholt says the arguments over renewables, once driven entirely by environmental considerations, are now very much based on the economics.

“The price of wind energy is moving in one direction only, and that’s a steep downward trajectory,” Lilleholt said in an interview in Copenhagen on Thursday.

Denmark obtained 43.4 percent of its electricity from wind last year, beating its own record. The government’s goal is to derive 50 percent of the country’s entire energy consumption from renewables by 2030. Denmark is home to the world’s biggest turbine maker, Vestas Wind Systems A/S, which just raised its outlook after getting more orders than it expected in 2017. The state also holds a controlling stake in Orsted A/S, the world’s biggest operator of offshore wind parks, which this week raised its 2017 profit forecast thanks to strong winds in northern Europe.

Denmark has subsidized the technology since the late 1970s but Lilleholt says there’s no question wind will soon no longer need any state support.

“Subsidy-free green energy in Denmark is right around the corner,” Lilleholt said. 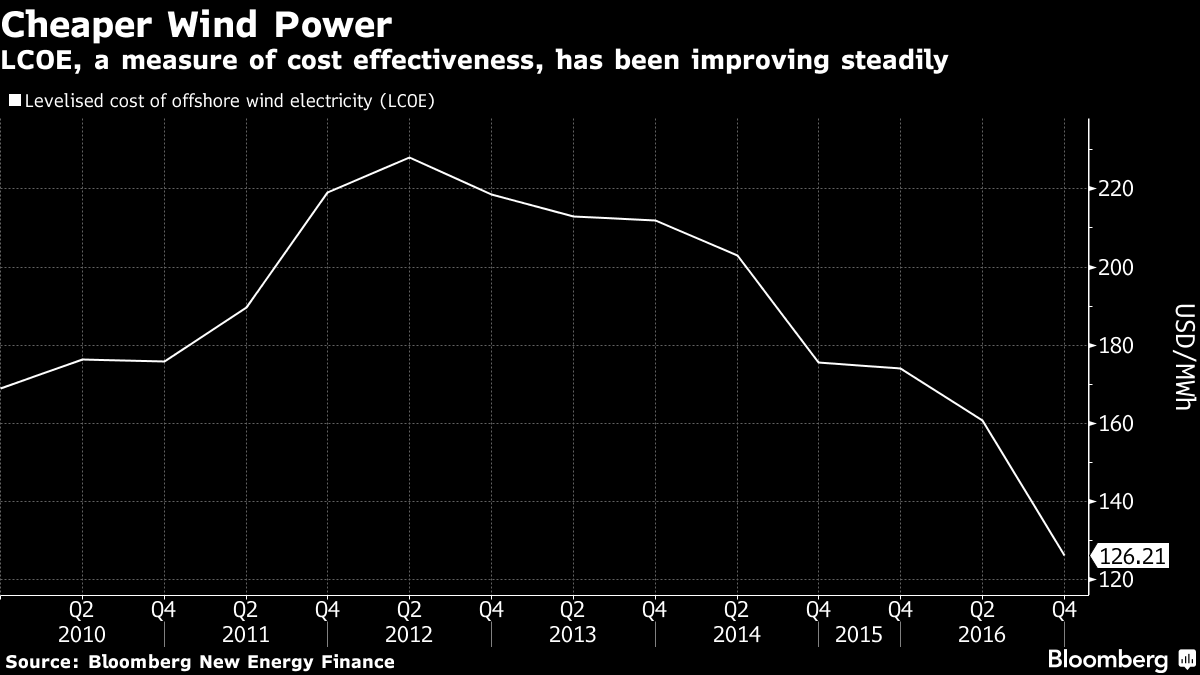 The U.S. initially looked set to remove tax credits to renewable energy producers in its recent bill, but the final piece of legislation shied away from the move. While Trump has made clear he’s no fan of wind power, many U.S. states including California and Texas rely on the technology. Denmark has made a point of bypassing Washington in talks with state leaders to promote wind.

“Electricity was once something we wanted to cut back on using,” he said. “But now it’s about using it in the right way to maximize the usage of renewable power.”

A key plank in that policy is to ensure that an effective grid network is in place so that excess supply in one corner can be channeled to places that need it.

That’s why it’s “important to be linked to power grids from the countries surrounding us when you make yourself dependent on renewables.”