Tesla Inc.’s Elon Musk is selling his dream. Bond investors seem to be closing their eyes and buying it.

Musk brought his charm offensive to the debt market at a meeting for bond buyers in Manhattan on Monday and came away with orders for $600 million after just a few hours, according to investors briefed on the matter. The session was part of a four-day debt-marketing extravaganza aimed at raising $1.5 billion to support the electric carmaker’s new mass-market Model 3.

It’s a well-oiled routine. Musk previously tapped his cult-like followers in the equity market for capital eight times in seven years to fund Tesla’s growth. Apparently, his pitch works on debt investors, too: The company could wind up paying no more than 5 percent on the junk-rated bonds, the people said, asking not to be identified because the discussions are confidential.

In a world where some interest rates are still hovering near zero, that’s enough to seal the deal, even for a company whose managers burned through a record $1.16 billion of cash in the second quarter.

“It’s a great deal for them, which by definition means it can’t be a great deal for the investors,” said Marty Fridson, chief investment officer of Lehmann, Livian, Fridson Advisors LLC. “The reason they’re getting a good deal is because yields are near record lows and risk premiums are much less than they should be. Tesla is taking advantage of that.”

The campaign kicked off with a presentation at the New York Palace Hotel that had the billionaire personally answering investor questions while a gleaming blue Model 3 sat on display in the courtyard. Musk, 46, also invited his audience to a visit scheduled for later this week at the company’s assembly plant in Fremont, California. Representatives for the company didn’t immediately respond to requests for comment. 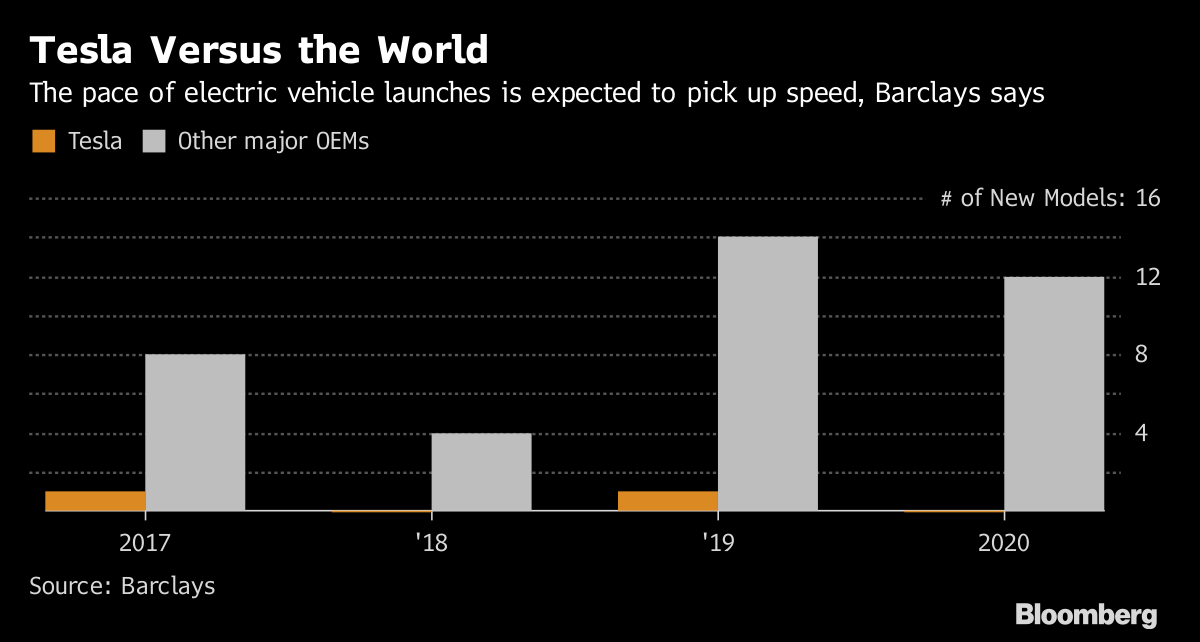 To be fair, bond market investors for years have suspended reality and their basic training to buy into ever-riskier credits as interest rates shriveled. But Tesla has something else going for it: the halo effect, says Kevin Mathews, global head of high yield at Aviva Investors Americas, which is still deciding whether to buy Tesla bonds.

“The halo effect is real,” Mathews said. “We saw that with Netflix. As a brand name, people know it, they know the situation from a financial standpoint, so when it came to market, people bought it.”

Netflix Inc. sold $1 billion of bonds with a 4.375 percent coupon in October. The bonds are now trading with a yield of about 4.2 percent, as investors continue to bet on the growth story and ignore the cash burn. 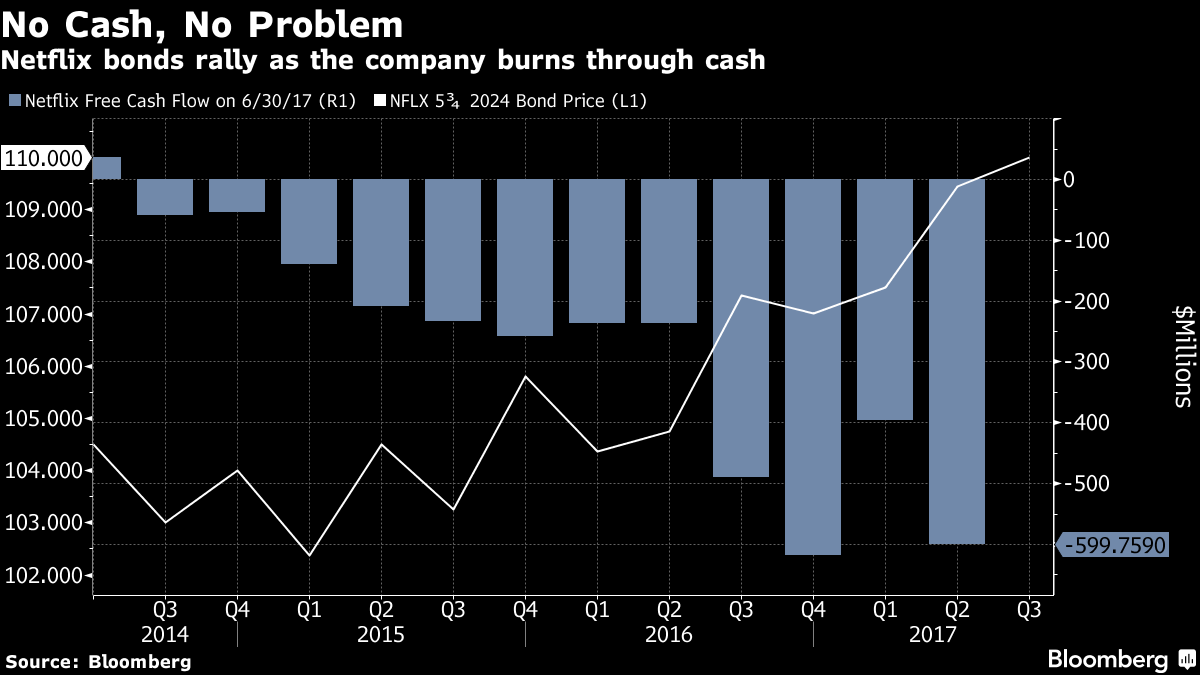 Musk is asking his investors to do the same. The Model 3 is the linchpin of his plans to turn Tesla into more of a mass-market manufacturer. With a $35,000 starting price that’s about half the base cost of the Model S, Musk’s new smaller sedan has racked up almost half a million reservations. The carmaker plans to turn out a total of 500,000 vehicles in 2018 and a million in 2020.

That’s likely to boost the fortunes of shareholders and owners of debt that can be converted to stock, but there’s no bonus for buyers of the new bonds; their reward is limited to the income from their coupon for eight years.

For Mark Holman, chief executive officer of London-based TwentyFour Asset Management, Tesla’s warm reception in the bond market is reminiscent of the dot-com era more than a decade ago.

“That euphoria allowed companies to obtain debt in order to grow their young businesses, instead of using equity,” Holman said in a note to clients. “This ultimately ended in pain for investors as default rates soared in the later part of 2002 to 2003. This is why we always frown when new technology is mentioned in the same sentence as fixed income.”

Bruce Clark at Moody’s Investors Service is also containing his enthusiasm, as the credit grader rated Tesla’s deal at B3 — six steps deep in the bond market’s junkyard. An onslaught of electric models from other carmakers is coming, Clark wrote, and besides, ramping up factory output to such high volumes is risky.

“Getting production levels up to where they want them and doing it in a glitch-free manner — that is not easy,” Clark said in an interview.