Solar auctions are having their intended effect: Prices for developers are tumbling across Asia. While that’s good news for consumers, solar companies might have to reconsider the economics of projects already under way.

That was the message from the world’s biggest solar panel maker, Trina Solar Ltd., during the second and final day of Bloomberg New Energy Finance’s summit in Shanghai Wednesday. Chief Executive Officer Gao Jifan said the Chinese company is reconsidering a planned India plant because prices there are now “too low.” Trina has already secured land for the manufacturing facility, he said.

Component prices are also dropping. Gao said the price of solar panels could tumble 40 percent by 2025. Trina expects profits from businesses other than panels to rise to about 66 percent of its total by 2020 from 40 percent this year.

Among the other major themes at the Wednesday session:

Demand for lithium will probably quintuple to 800,000 tons a year by 2025 from 200,000 tons last year, according to Anthony Tse, CEO of mining company Galaxy Resources Ltd. A surge that big would require an “enormous” amount of capital investment, Tse said at the summit, estimating it will take as much as $9 billion, compared with the roughly $2 billion currently raised and deployed.

BNEF’s Logan Goldie-Scot said there’s enormous demand building for lithium-ion batteries for use in electric vehicles. By 2030, EV battery demand will dwarf demand from all other sectors, he said

“It’s a remarkable change that’s really being driven by passenger electric-vehicle sales,” Goldie-Scot said, adding that one of the biggest winners will be Asia, which already dominates in lithium-ion battery manufacturing capacity.

BNEF also sees surging appetite for stationary storage, where annual demand for lithium-ion batteries is projected to increase to 70 gigawatt-hours by 2030 from just 2 gigawatt-hours last year.

That surge will have a corresponding impact on global metal and material demand, BNEF says. 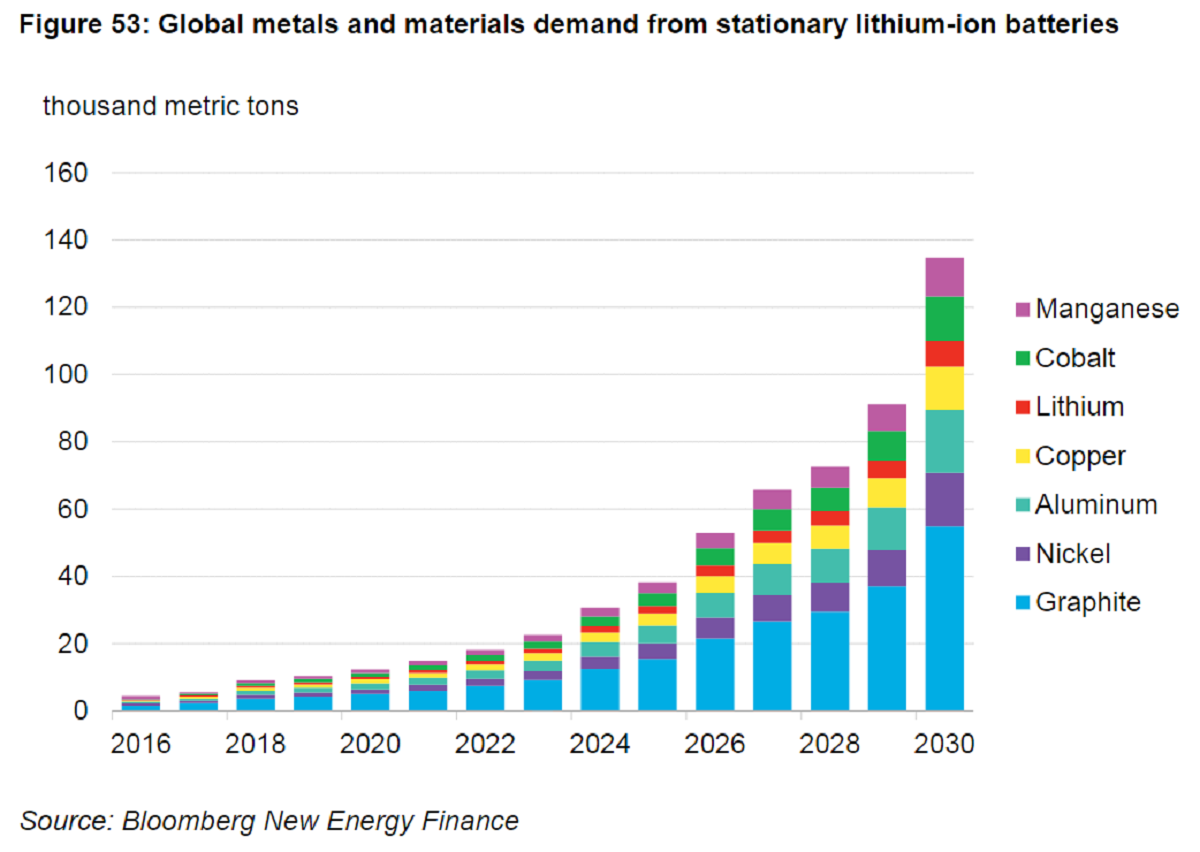 The Trump administration’s decision to pull out of the Paris climate accord drew criticism from allies across Europe and Asia, and may push China into the leadership role on global clean-energy initiatives. President Donald Trump argued that the pact undermined U.S. interests and sent taxpayer money abroad. The withdrawal won’t stop the global surge in renewables investments, according to Dany Qian, vice president at JinkoSolar Holding Co., the world’s biggest solar-panel maker.

“We think it gives China an opportunity,” she said in an interview from the summit on Bloomberg Television. “By 2030, total global investment in renewables will reach $6 trillion. Any government that cares so much about jobs will not ignore these opportunities. We believe that the U.S. will change their mind.”

Chinese gas distributors are facing supply shortages. Distributors have restricted supplies to some customers in the northern provinces of Shaanxi and Shandong, according to local reports. One city government ordered factories to avoid burning gas during peak hours, while natural gas-powered taxis and buses in another city had to line up overnight to refuel. 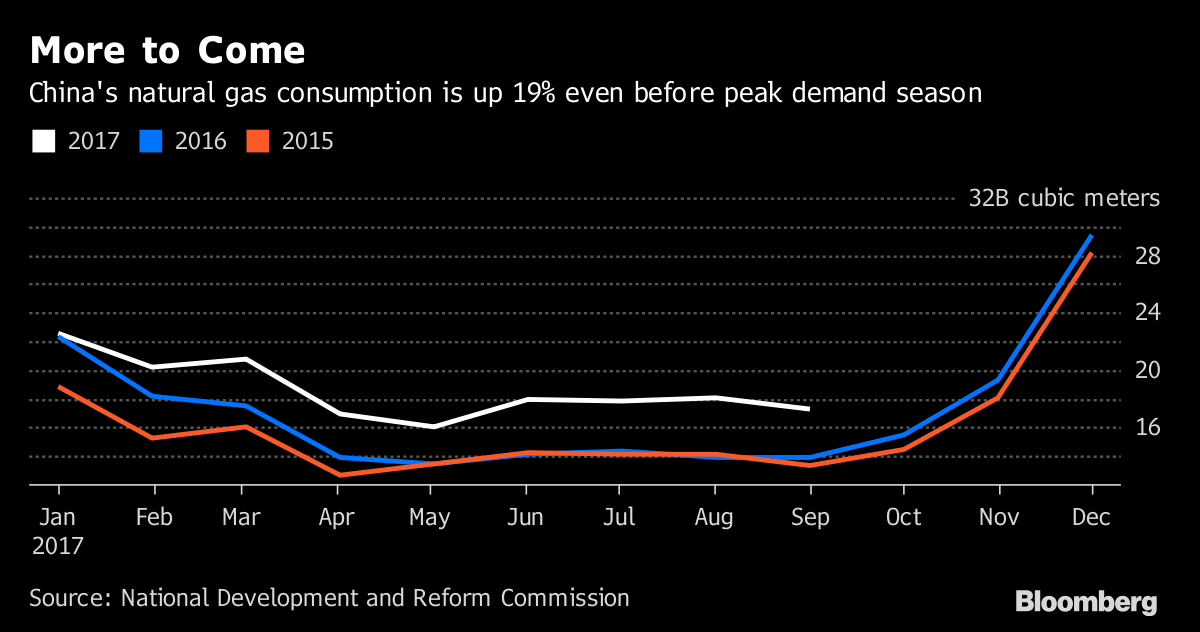 ENN is on course to bring its first liquefied natural-gas import terminal online next year, the company executive said, adding that the facility will start operations in June or July.