Even for wind farms, middle age is a time for nips, tucks and sometimes replacement surgery.

At least 600 megawatts of U.S. wind farms have already undergone significant upgrades, primarily in California, and NextEra Energy Inc., the largest producer of North American wind power, said Thursday it expects to invest as much as $3 billion to upgrade or replace aging turbines at operating power plants through 2020.

It’s part of an expected wave of refurbishments, which the wind industry calls “repowerings,” that may affect as much as 30 percent of the country’s wind farms in the next three years, according to Bloomberg New Energy Finance. Almost 10 gigawatts of turbines — about 12 percent of the country’s installed capacity — were 10 years to 20 years old at the end of last year, the age when owners start to think about replacing them. 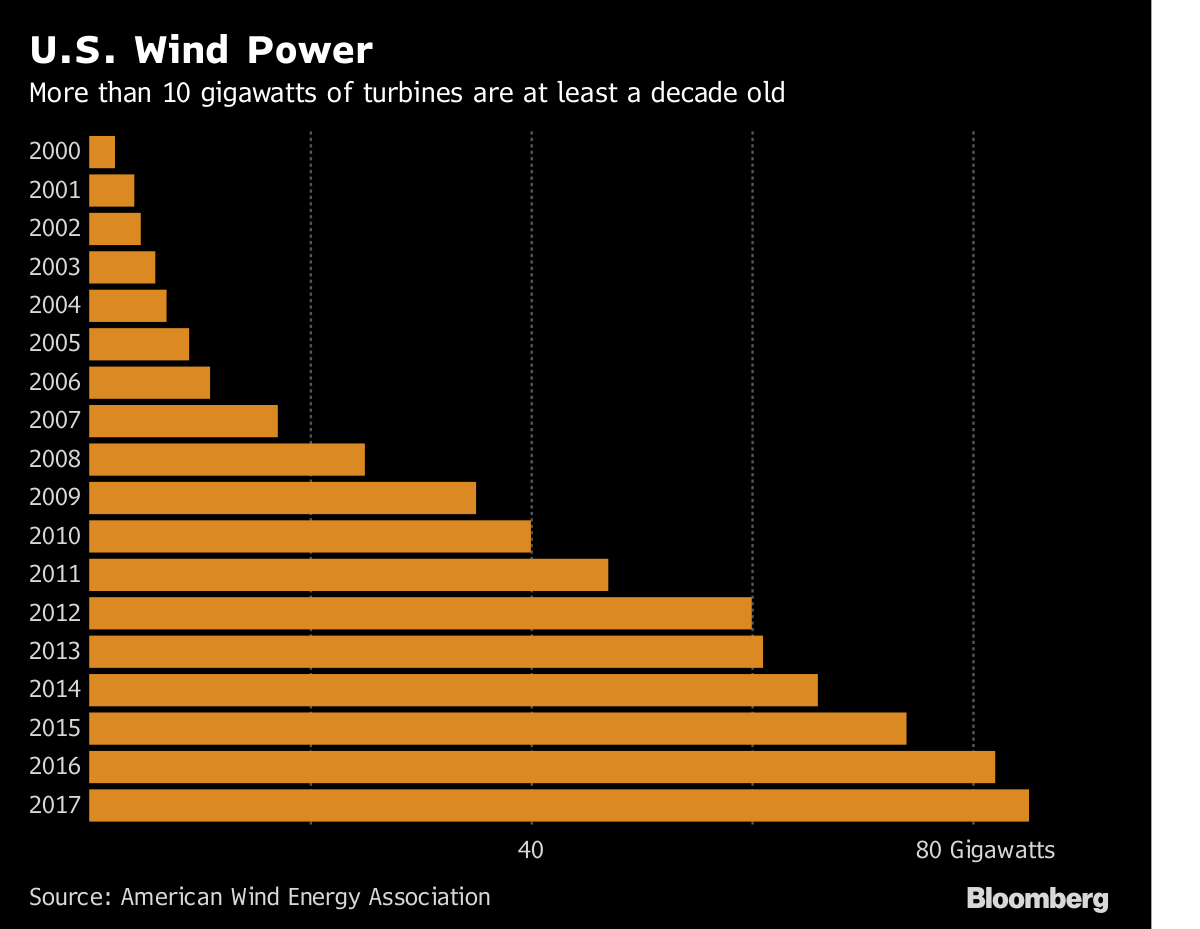 Another 14 gigawatts of operating wind farms will reach their 10th birthday by the end of next year, said Alex Morgan, a New York-based analyst at BNEF.

That’s when they reach the “sweet spot for retrofits,” she said Thursday.

The reasons aren’t limited to age and health. Newer turbines produce more electricity than older models, so owners can downsize their power plants without reducing electricity output. And these jobs are sometimes easier than building new wind farms because power lines and permits are usually already in place.

U.S. subsidies may be a key motivation. The federal production tax credit is being phased out over the next several years, and wind farms that already receive the subsidy can qualify again if repowered after 10 years.

Repowering projects that began last year can capture the full credit if work is completed by 2020.

“That’s why everyone is rushing to do it,” Morgan said.