A Former Miami Dolphin Has Big U.S. Plans for Canada’s Hydro One

Hydro One Ltd.’s $3.4 billion deal to purchase Avista Corp. is just the beginning of a strategy that will see the Canadian utility expand into the U.S. market.

The Toronto-based electricity transmission and distribution company will look to snap up other companies in the Pacific Northwest, the region where Spokane, Washington-based Avista operates, said Hydro One Chief Executive Officer Mayo Schmidt, a former football player for the Miami Dolphins. 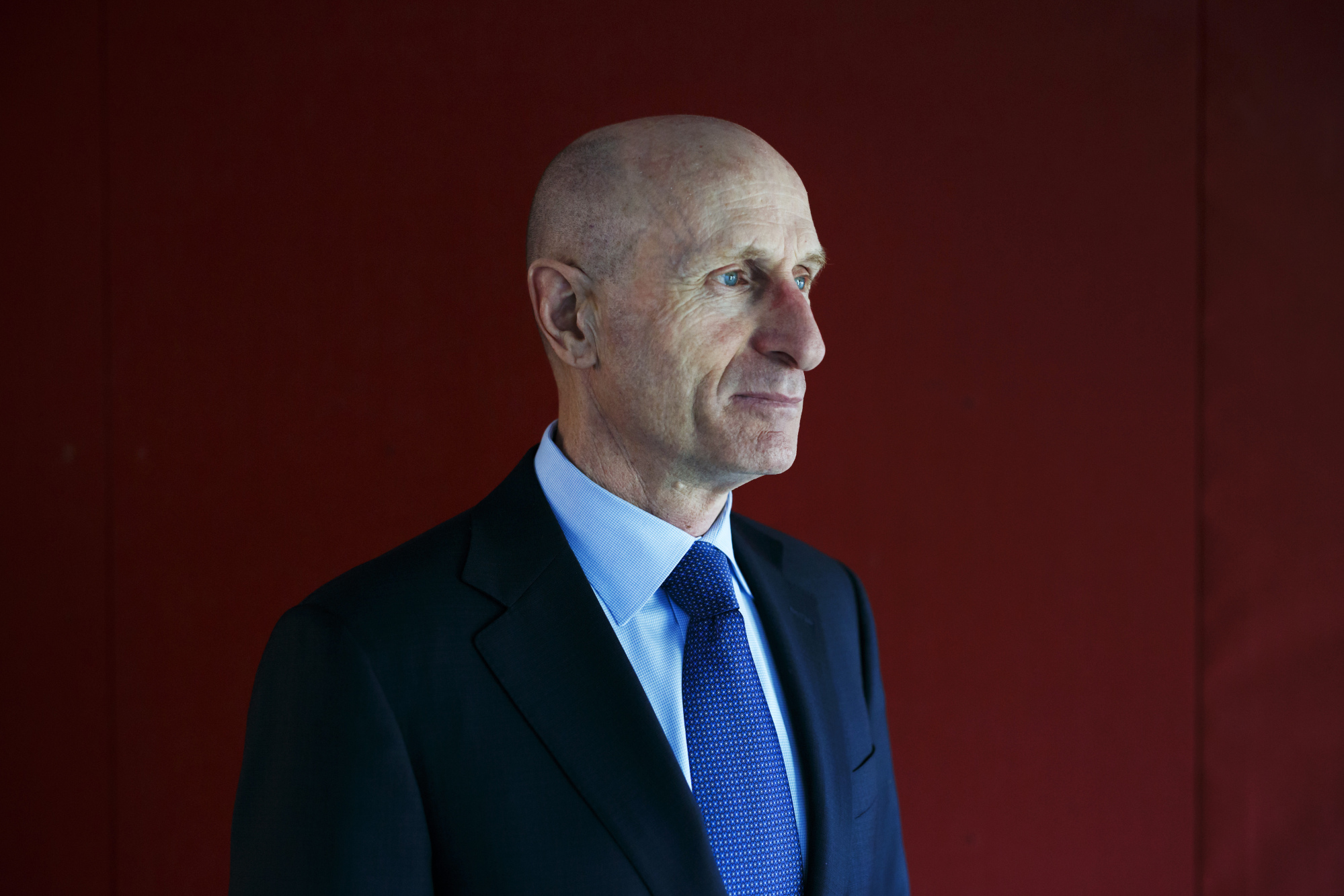 “There are quite a number of organizations of the same size and complexity of Avista in the arena that, as we think about over the course of the next years, there’s some potential,” he said in an interview at Bloomberg’s Toronto office last week. Hydro One doesn’t have any specific targets in mind, he said.

In the Pacific Northwest, Macquarie Group Ltd. is preparing to sell its stake in Puget Energy Inc., the biggest utility in Washington state, people familiar with the matter said in June. Other publicly traded utilities in the region include Idacorp Inc. with a market value of $4.9 billion, Portland General Electric Co., valued at $4.4 billion and NorthWestern Corp., valued at about $3 billion.

Hydro One’s foray south of the border is another sign the company is moving away from its government-owned roots, following its November 2015 initial public offering. The Avista purchase, its first acquisition outside of Ontario, will make Hydro One among the largest regulated utilities in North America, with assets totaling more than C$32 billion ($25 billion), if it receives final regulatory approval next year. The company is already Canada’s largest electricity distributor with 1.3 million customers.

Canadian companies have been charging into the U.S. energy market in search of growth in the past few years with Enbridge Inc., TransCanada Corp. and Fortis Inc. all pulling off multi-billion deals. 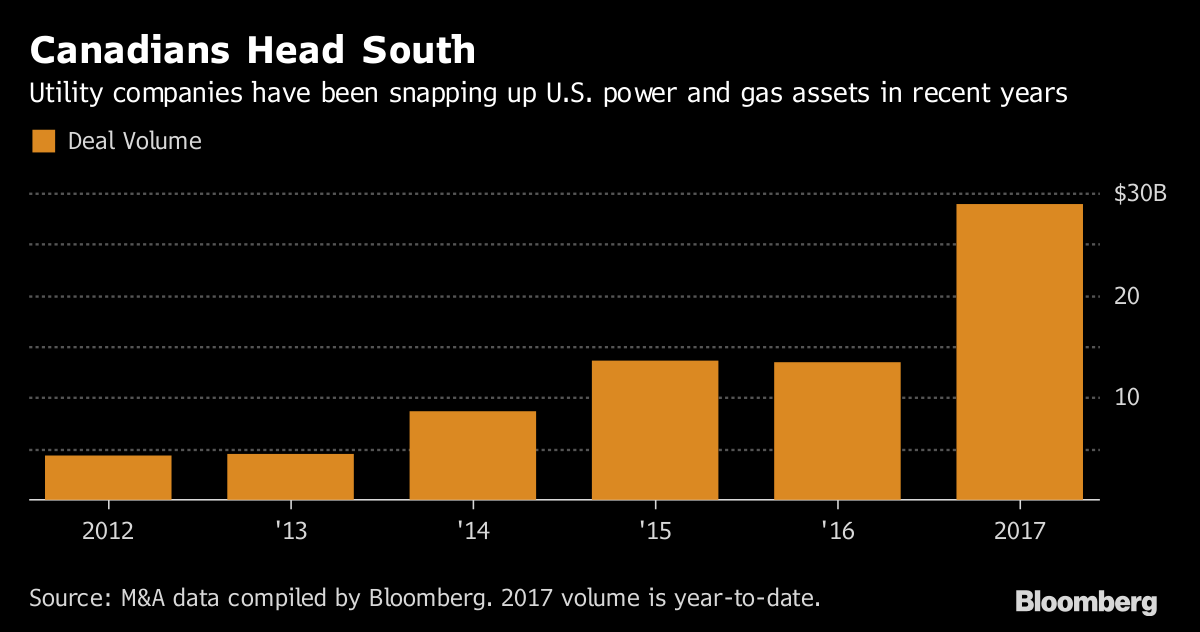 Schmidt, 60, was appointed president and CEO of Hydro One in August 2015 to lead its transformation into a private company, albeit one that still has the Ontario government as its biggest shareholder. A former wide receiver for the Dolphins who quit football in his first year to go into business, Schmidt steered Viterra Inc. through its sale in 2012 to Glencore Plc. His task has been to bring private-sector expertise to Hydro One, from marketing to business development to customer service, he said.

The utility has faced criticism around high electricity prices and executive compensation since the Ontario Liberal government sold a 13.6 percent stake of its shares through the initial public offering. The province now holds about 45 percent of Hydro One after two subsequent sales and doesn’t intend to go below 40 percent.

Schmidt has had to address concerns that Hydro One can be a good corporate citizen while returning value to shareholders. The company lowered its accounts receivables by 46 percent since its IPO following an initiative to put low-income households on payment plans that allow them to spread out the cost of their bills, he said. Disconnections have also dropped by 68 percent.

But Hydro One recently saw key budgets in its transmission-revenue application lowered by its regulator on the grounds it had baked expenses associated with privatization, such as dividend payouts and executive compensation, into the application, despite the fact that electricity-transmission capabilities were unchanged.

Hydro One’s request to have future tax savings from privatization returned to investors instead of ratepayers was also rejected. Hydro One has appealed that decision on the grounds that shareholders should get the benefit.

“Our advice says that they paid for it and therefore they should be entitled to it,” Schmidt said. “We think that it is likely that they will review the tax opinions and they will come to an agreement.”

Hydro One shares have lagged their peers, gaining only about 9.5 percent since their trading debut compared with 19 percent for the S&P/TSX Composite Utilities index. Share dilution, uncertainty around regulatory issues and the Avista acquisition, which some investors felt it paid too much for, have dragged on the stock. Schmidt said performance should smooth out next year, following the Ontario election and resolution of the regulatory and tax issues.

As it looks ahead to future acquisitions, Hydro One will be making use of its strong balance sheet, about C$700 million of annual net income, and A credit rating to grab opportunities, Schmidt said. The company sold C$1.5 billion of convertible debentures, debt securities that can be converted to stock, to fund the Avista deal and preserve Hydro One’s creditworthiness, he said.

“We have to demonstrate that we can achieve the outcomes that we’ve set forth to our investors, and we believe we will,” he said. “We think we’ll be ready for other opportunities.”