This week’s annual Mobile World Congress comes at a turning point for the industry: 2017 was the first year in four that mobile phone sales fell. The action on the convention hall floor, combined with some nearly buried findings in one operator’s annual results, may signal the next big thing in mobile growth. The smartphone age is certainly not over, but it is maturing. What is emerging is the connected-automobile market.

First, those phone sales. Of the five major markets, only the Middle East and Africa grew last year. 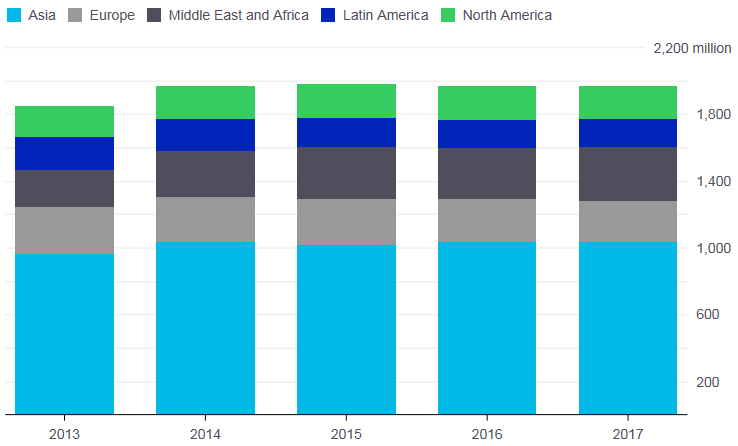 Most of those sales were smartphones, as more people have been switching from so-called feature phones. Last year, though, sales of feature phones — those devices that can access the internet but lack the advanced functionality of a smartphone — increased while smartphone sales fell slightly, thanks to longer replacement cycles. 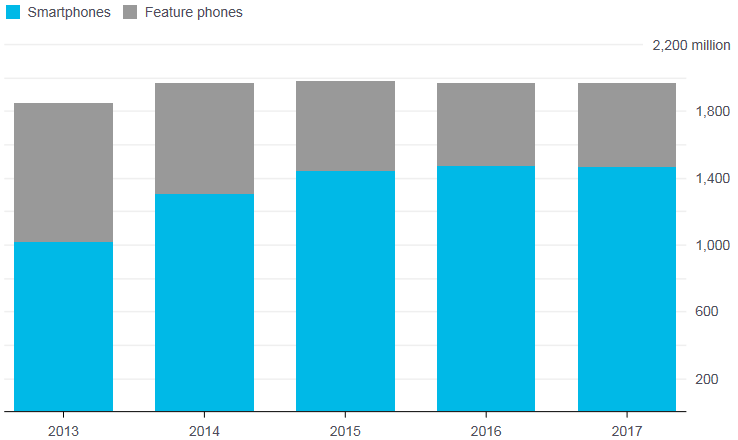 Broadband Is More Than Half 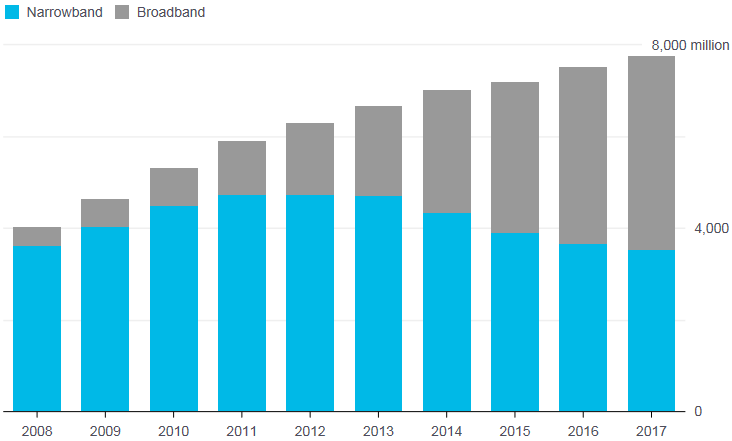 Even if total subscriptions are still increasing, there’s probably an upper bound to the number of mobile phones. Every person on earth may eventually have one, but not everyone will have two or more. That’s where AT&T Inc.’s annual reports are a useful guide. The company has disclosed its “connected devices” segment for some time, and its total network connections from devices other than phones is now approaching 40 million, up from roughly 10 million in 2010.

Since 2015, AT&T has also listed “connected cars” in its annual reports. Last year, it added 6.4 million of them, for a current total of 17.8 million — nearly half its non-phone connections. And connected cars are the single largest group of its new connections.

AT&T’s new device connections declined in 2012, counter to the long-term trend. But five years ago, that category included cellular tablets and navigation devices. Now, smartphones have replaced both. 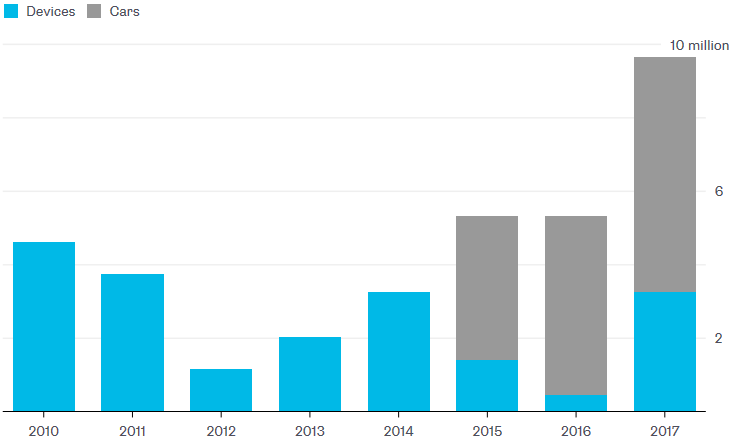 Today’s connected cars are a gateway to a much bigger opportunity. As a colleague noted to me from the floor of the Mobile World Congress, every telecommunications company had a car in its booth. The connections in vehicles currently serve entertainment and telematics systems; in the future, they will serve the needs of autonomous driving, and with the bandwidth 5G networks (and beyond) can provide.