It Won’t Take a Red-Hot Summer to Wipe Out the U.S. Gas Glut

A supply glut that’s weighed on the U.S. natural gas market for most of the past two years may vanish before the winter, even if a sweltering summer fails to materialize.

Inventories of the power-plant fuel may reach 3.4 trillion cubic feet by the end of October, the lowest since 2008 for the time of year, according to report from Bloomberg New Energy Finance. That’s about 10 percent below the five-year average for the period. 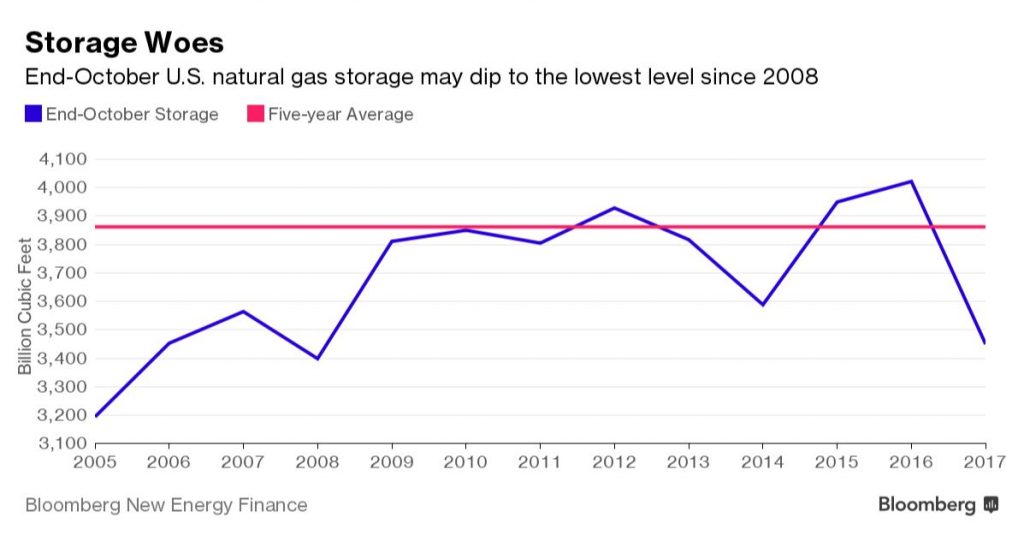 Even as forecasts show unusually cool early-summer weather curbing gas consumption in the eastern U.S., bullish traders may have cause for optimism. Exports of the fuel are heading to Mexico and overseas buyers at a record clip, siphoning off stored supplies, and production from America’s shale basins has yet to recover to early 2016 levels after last year’s price rout. Gas stockpiles dipping below the five-year average could bode well for a market rally in 2018.

“If we have low inventory and a normal winter, that basically sets up the stage for a bullish market in 2018,” during spring and summer, when supplies are added to storage, Tai Liu, an analyst at Bloomberg New Energy Finance, said in a phone interview Thursday.

Gas bulls aren’t giving up on summer yet, despite the mild weather outlook. Seven of 12 traders and analysts surveyed by Bloomberg News see prices rebounding from a recent 15-week low. Two were bearish and the rest expect futures to hold steady. 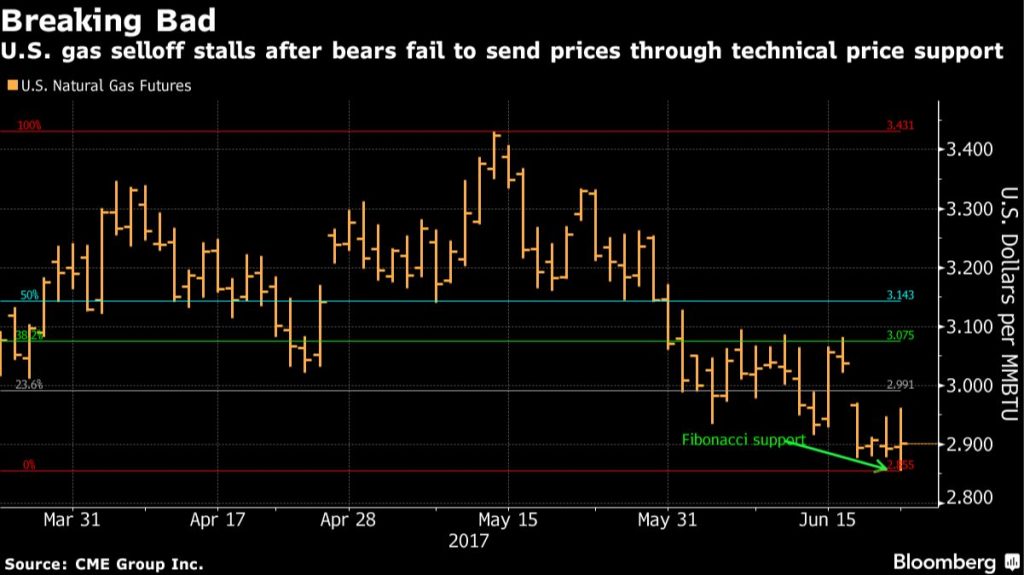 The sell-off stalled after futures failed to break below a key price level known as a Fibonacci retracement, according to Brian Swan, senior commodity analyst at Schneider Electric in Louisville, Kentucky.

The “market is signaling for a bullish bounce into next week,” Swan said.