Why Malaysia’s Readying for a Lower-Energy Future: QuickTake Q&A

Malaysia is the world’s third-largest exporter of liquefied natural gas and the only net exporter of energy among Asia’s major economies. So it stands to reason that energy prices and output levels hold great sway over the economy, and Malaysia’s currency. Unfortunately for the Southeast Asian nation, oil prices have tumbled and domestic production is close to peaking. That’s hurt the ringgit, which remains stubbornly correlated to oil prices even as Malaysia’s oil-related revenues fall, and pushed the authorities to seek ways to compensate.

1. How big a hit has Malaysia taken?

Oil-related income will decline to 13.8 percent of government revenue in 2017 from 14.6 percent last year — and 41 percent in 2009, according to official estimates. Prime Minister Najib Razak said in October the government had lost 30 billion ringgit ($7 billion) because of lower energy prices.

2. But energy remains a big deal for Malaysia?

Correct. Shipments of crude petroleum, LNG and petroleum products accounted for more than 15 percent of total exports in the first half of 2017. And the energy industry has contributed to one-fifth of gross domestic product over the past decade.

3. How has the currency fared?

Since Brent crude oil prices began their descent in mid-2014, the Malaysian currency has lost 25 percent against the U.S. dollar. That’s the biggest decline in Asia and almost twice the drop recorded by the region’s next worst performer, the Philippine peso.

4. So there’s something of a correlation?

Yes, and it’s held up even as oil revenue has become less important to the country. When Brent was trading at more than $100 per barrel in August 2014, the ringgit reached the year’s high of 3.1420 per dollar. In January 2016, when Brent was hovering around the $30 mark, the currency tumbled to 4.4285. 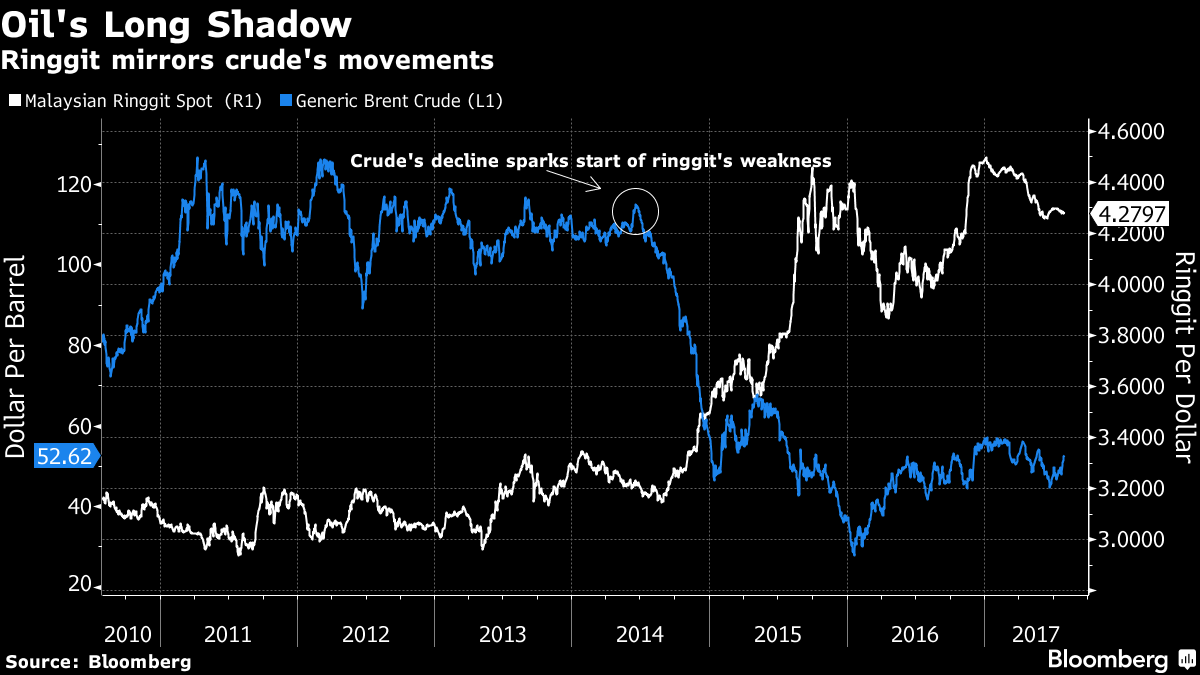 5. What’s the outlook for production? 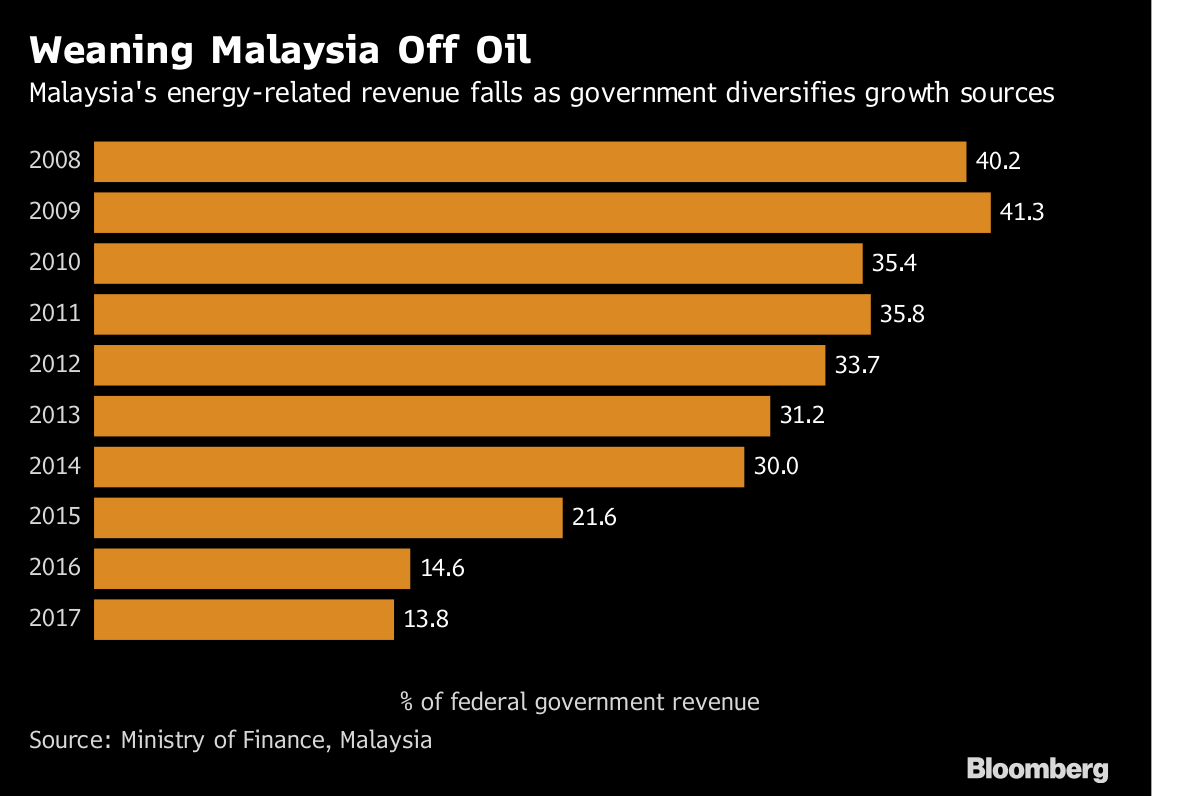 6. What is Malaysia doing about this?

It’s boosting efforts to squeeze out every last drop: rejuvenating existing fields, developing marginal fields and intensifying exploration activities. Malaysia also is pushing to become a regional hub for energy services and equipment. Najib implemented a 6 percent consumption tax in 2015 to counter the drop in oil revenue; the levy is expected to bring in 40 billion ringgit this year. The government is also seeking to shift to more value-added production.

7. What’s the broader impact on the economy?

Reduced dependence on energy makes Malaysia’s economy and its government coffers more resilient to vagaries in the oil market. GDP growth has slowed from a peak of 7.4 percent in 2010 to 4.2 percent last year in part as the global commodities boom of recent years waned. The cheaper ringgit is providing a boost to exports and helping the economy pick up speed, with the government forecasting growth of as much as 4.8 percent in 2017.