By 2040, 55 percent of all new car sales, and a third of the total 1.6 billion cars worldwide, will be electric. Those are the findings from my Bloomberg New Energy Finance colleagues’ global long-term Electric Vehicle Outlook 2018. Decreasing costs, increasing range and a wealth of new models will drive the electrification of passenger vehicles and transit buses for the next 20 years.

2040 is a long time out, so let’s look at 2024. That’s when electric vehicles and internal combustion engine vehicles will reach upfront cost parity as batteries become cheaper. In last year’s forecast, BNEF expected that prices would be the same for both kinds of vehicles by 2026. Now, it’s expected to reach that point six years from now. That six-year interval is about half the average age of cars and light trucks in the U.S. Any new car purchased today should be able to last well past the point at which electric vehicles will become competitive on upfront cost.

But what about lease options? Six years is two three-year auto lease cycles — and that matters, because about a third of all cars in the U.S. are leased. People who are buying a car right now might find future upfront cost parity between electric and conventional vehicles to be academic, but for someone pondering their next lease six years from now, it’ll be a perfect time to compare drivetrains. 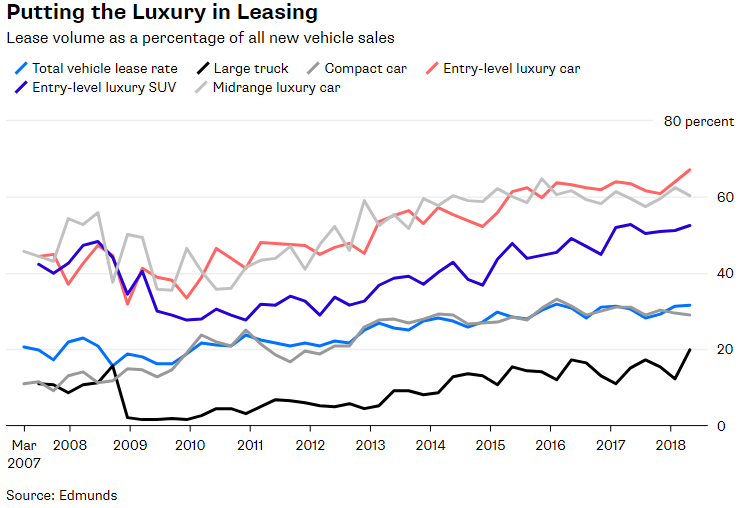 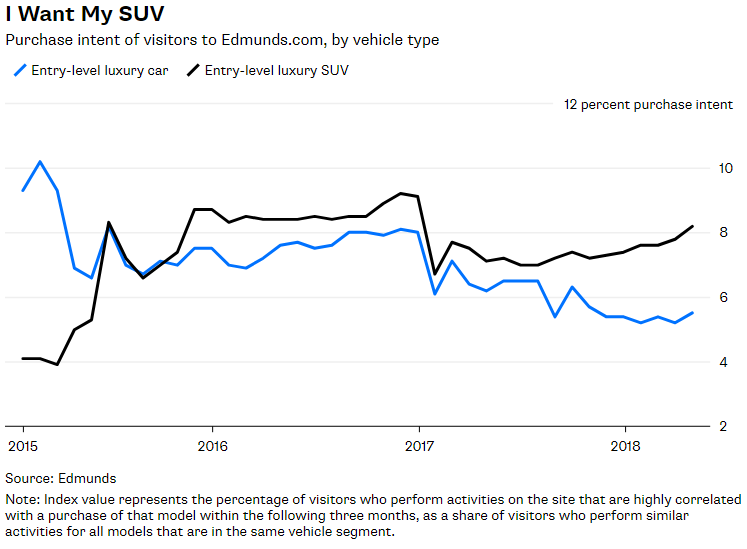 Fortunately for lessees (and buyers), there are are more options available every day. Luxury car and SUV drivers signing a lease today will have almost 300 new electric models to choose from when their leases roll off in three years. 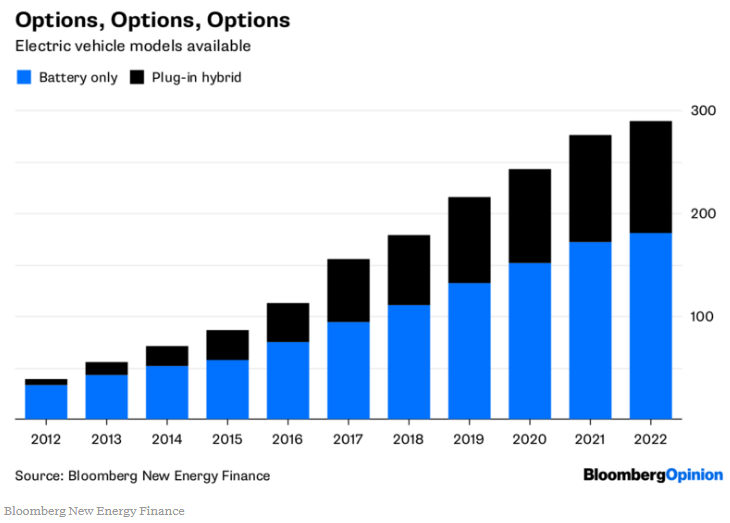 Another three years after that, and they’ll have even more models to choose from, and a simple economic decision to make — and they won’t really need to decide at all, provided that lease rates reflect sticker prices for electric vehicles and conventional ones. At that point, the decision to go electric will be one merely of vehicle preference.

In just a few years, lessees will return their vehicles and ask themselves a simple question: “Electric or not?” The answer will be simple, too: “Yes, if I want to” — no complicated math required.