Last year, the world’s consumers bought more than 2 million electric vehicles. By 2025, they’ll be buying 10 million; by 2040, 56 million, according to BloombergNEF’s new long-term Electric Vehicle Outlook. The report looks at how this fleet will transform transportation as China’s 421,000 electric buses join those millions of personal EVs. As the expanding electric fleet drives electricity demand up, it will also erode demand for millions of barrels of oil.

Globally, more than half of all new car sales will be electric by 2040, but that figure varies by region. In China, the world’s largest auto market, that figure will be closer to 70 percent; it’s nearly the same in Europe. The U.S. is the relative laggard, at just under 60 percent. 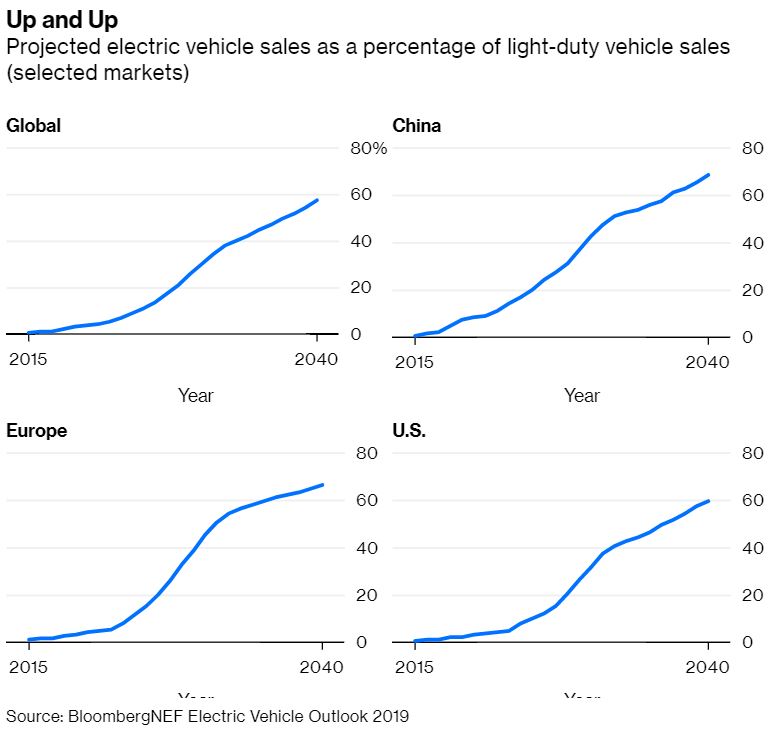 My colleagues’ analysis includes some near-term indicators of the market, in addition to their long-term projection of consumer adoption of EVs. One of the clearest ones is manufacturer investment in production capacity. BloombergNEF tracks more than $100 billion in investment between just four automakers — Volkswagen AG, Hyundai Kia Automotive Group, Chongqing Changan Automobile Co Ltd. and Daimler AG — with VW alone planning more than $50 billion. 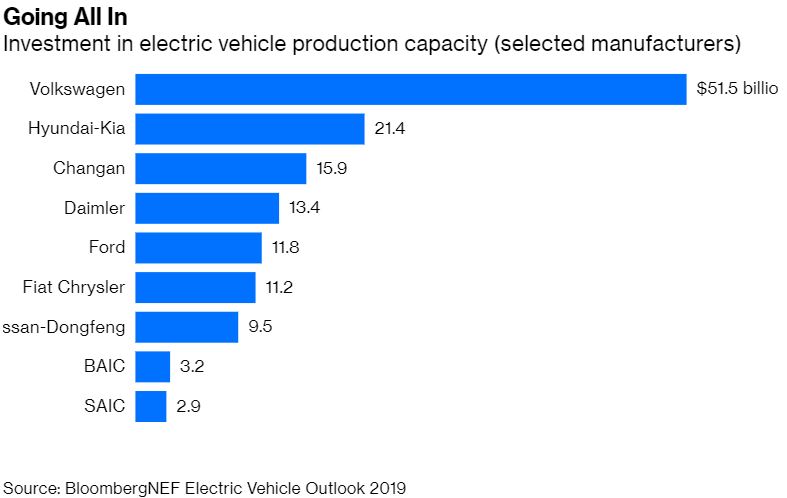 Automakers must be producing something with all that manufacturing capability, of course. BloombergNEF also tracks planned model releases. By 2025, manufacturers will offer nearly 400 EV models. VW will debut 80 on its own, which is fitting given that it is also investing the most in EV manufacturing. Fellow German automaker Bayerische Motoren Werke AG will launch 47. 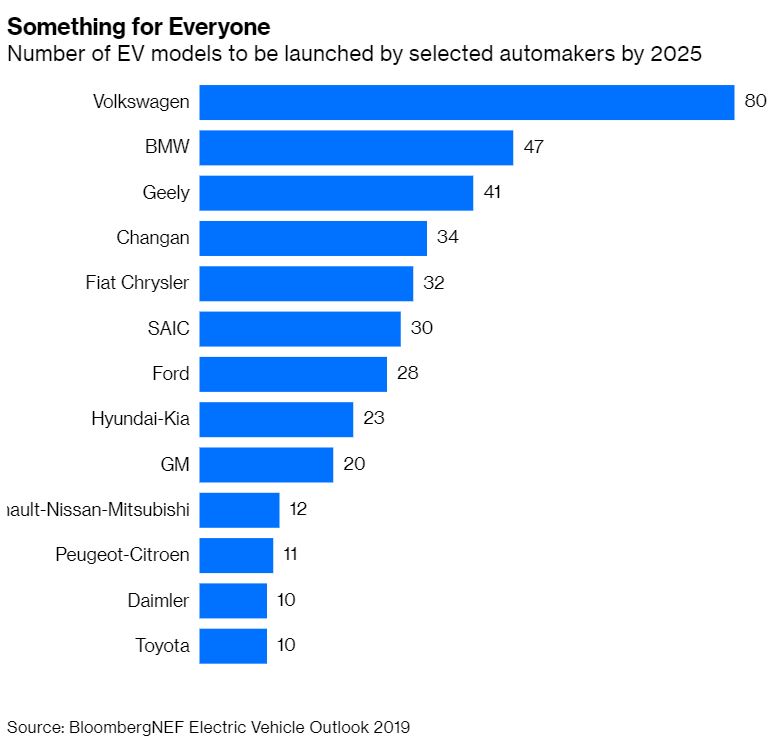 China looms large in any analysis of the future of the global auto market. It’s already a larger market on its own than either North America or Europe. More important, though, it has also been the main source of global growth in auto demand in the past two decades. Consumers worldwide bought 47.5 million new cars in 2001, and 81.4 million last year. China’s growth in that time, to 28 million from 2.4 million, comprised 76 percent of the world’s increase in demand. 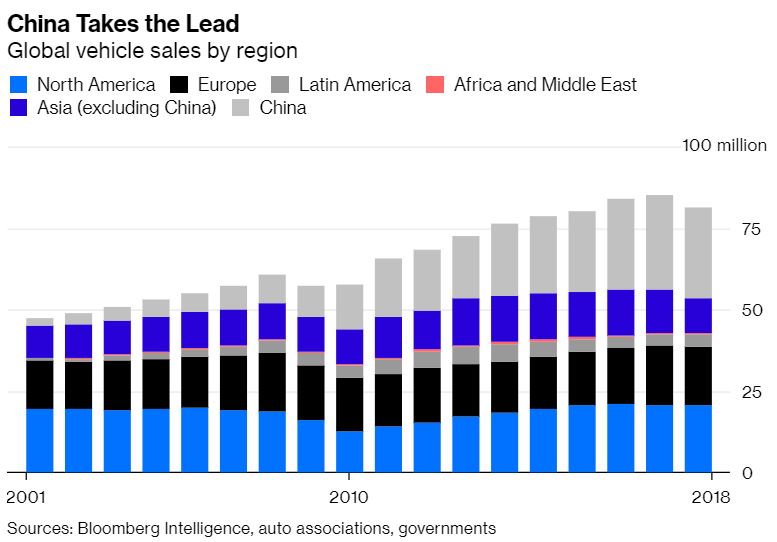