By Nathaniel Bullard and Colin McKerracher

Our BloombergNEF colleagues often say that China is “half of everything,” such as aluminum, steel and copper consumption. For the electric vehicle sector, China is at least half of everything, if not far more, in three key areas: It represents 76 percent of all commissioned lithium-ion battery manufacturing capacity; logged 60 percent of global EV sales in fourth-quarter 2018; and held 50 percent of global public vehicle-charging infrastructure as of the end of 2018.

That helps explain just how large China is as an electric vehicle market, but a number of myths and misconceptions still drive much of the perception of the country’s role in electric transportation. 1  Let’s dispel some of them.

Myth: Electric vehicles make up only 1 to 2 percent of vehicle sales in China.

Two years ago, electric vehicles were about 1 percent of all vehicle sales in the world’s largest vehicle market — about the same as in North America or Japan, and about half the figure in Europe. By the end of last year, though, electric vehicles made up 7 percent of new vehicle sales in China, with a compound growth rate of 118 percent since 2011. 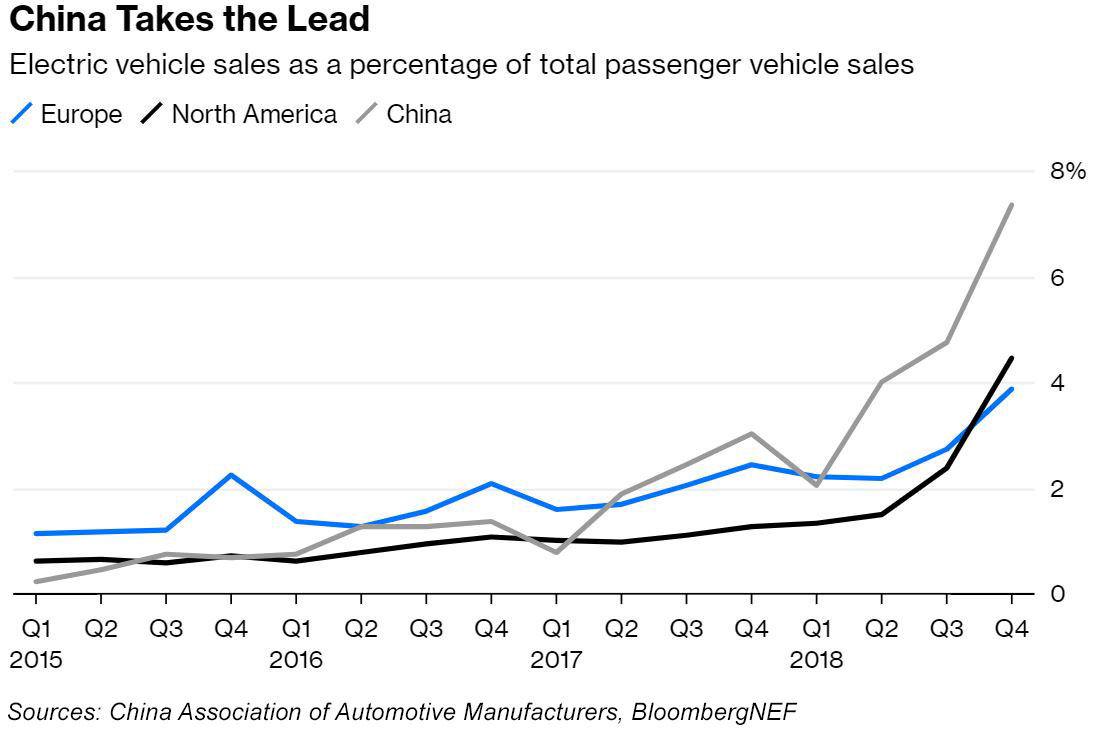 Myth: China’s electric cars are all tiny and slow. 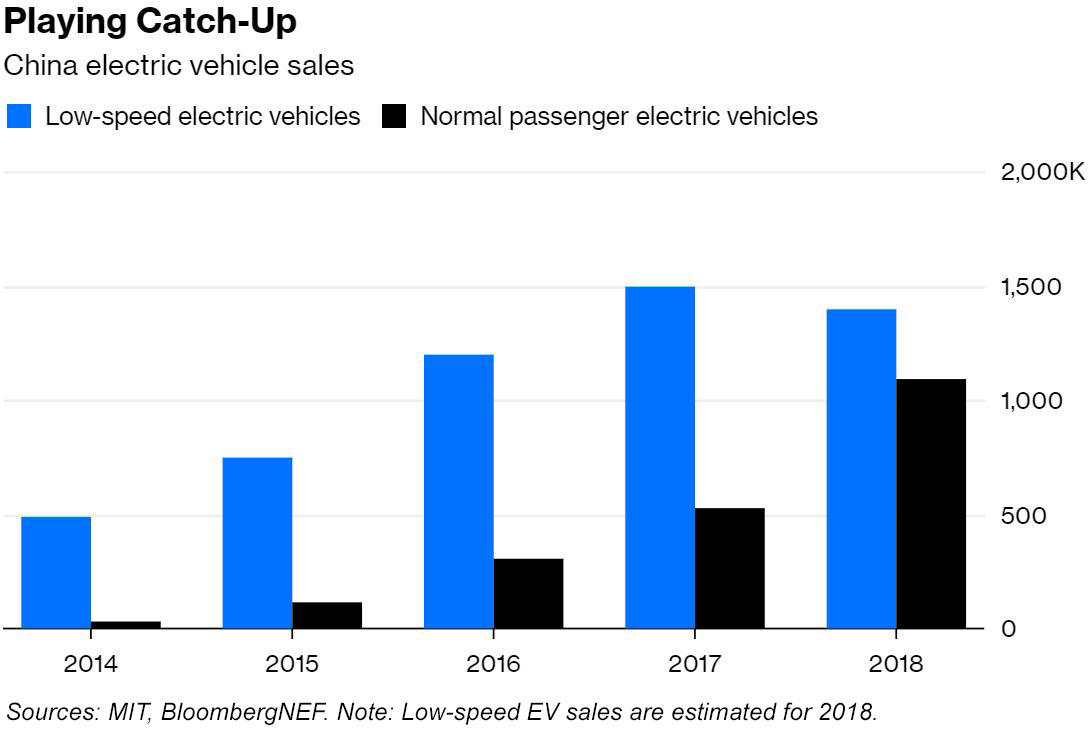 From 2012 to 2015, China’s main provider of charging stations was State Grid, the government-owned monopoly power distribution and retailing company found in most of the country. By the third quarter of 2018, however, State Grid was only the second-largest public charging-system operator in the country, with a network just half the size of private company T-Good and only barely ahead of another private company, Star Charge. Equipment manufacturers now own more than half of all public charging stations in China; state-owned grid companies own only 20 percent. 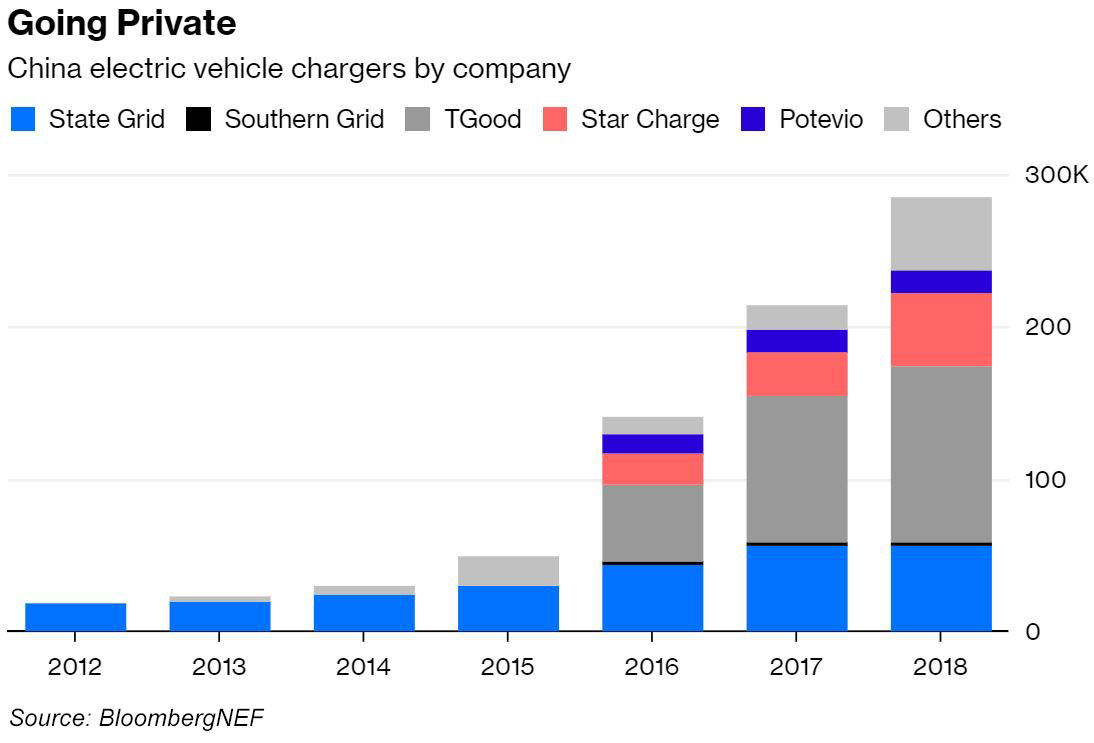 Myth: The national government forces everyone to buy electric vehicles. 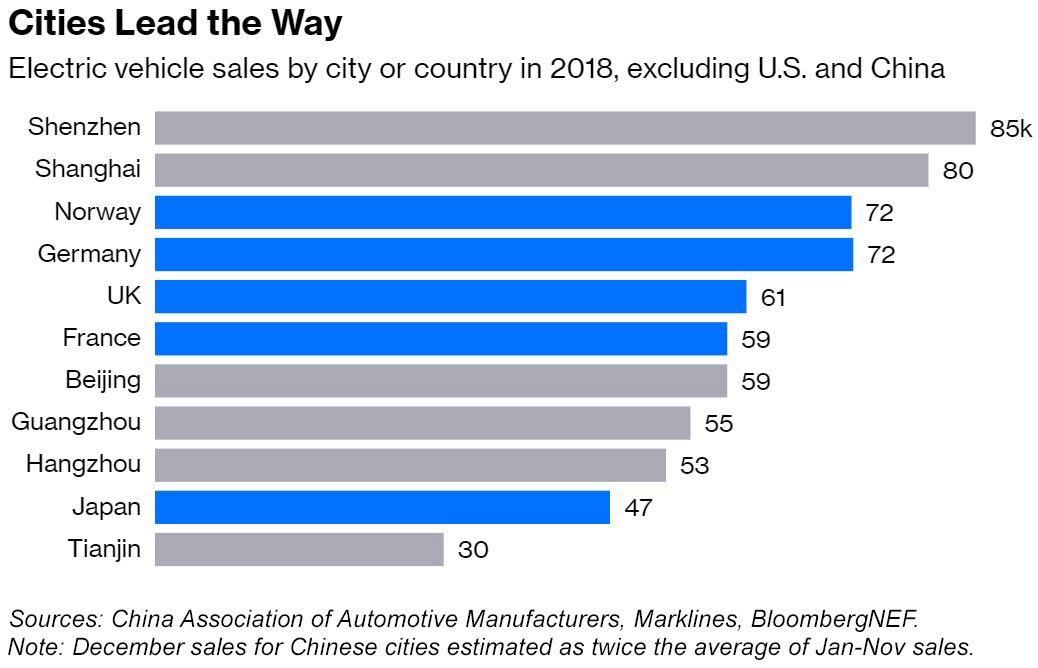 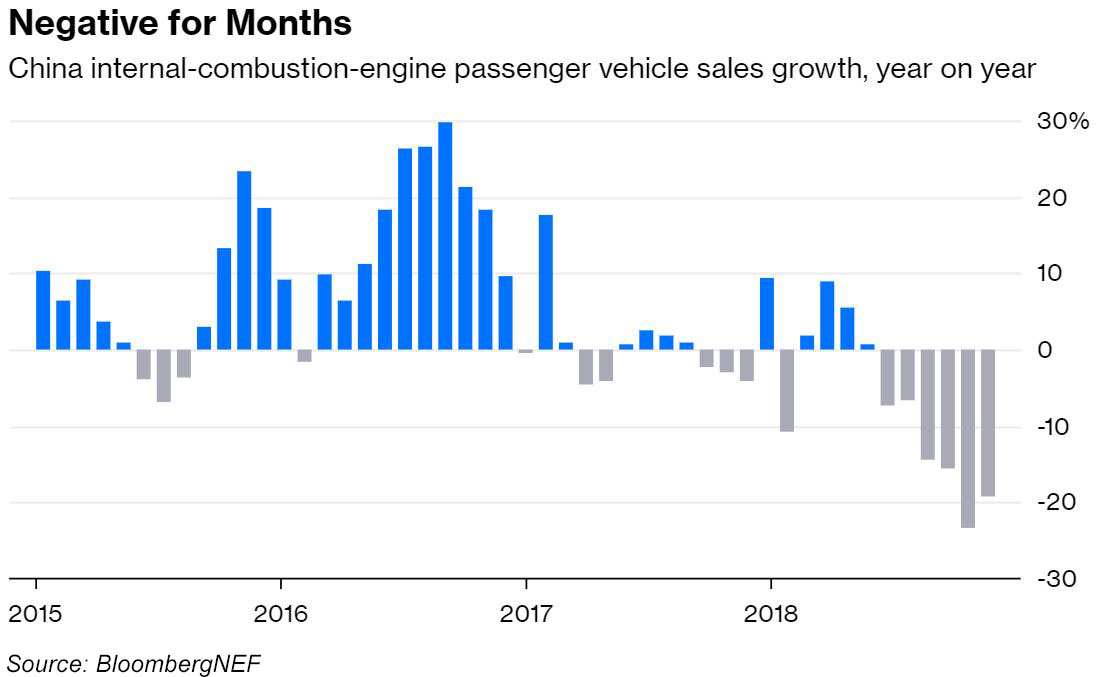 It is certainly too soon to call a peak on a market as large, dynamic and government-influenced as China’s passenger vehicle market. It is worth considering, however, how much growth potential it will have in the future — and how much of that growth will be electric.