Bullard: How a Battery Can Lead a Quiet Revolution

Last week, the Nobel Prize in chemistry was awarded to John Goodenough, Stanley Whittingham and Akira Yoshino for their work developing the lithium-ion battery. The Royal Swedish Academy of Sciences, in announcing the award, said the three men “created a rechargeable world.” The ubiquitous battery is now found in items as varied as hearing aids and power grids. It is a testament not just to technological revolutions, but also to the power of advancements in performance and decreases in cost. 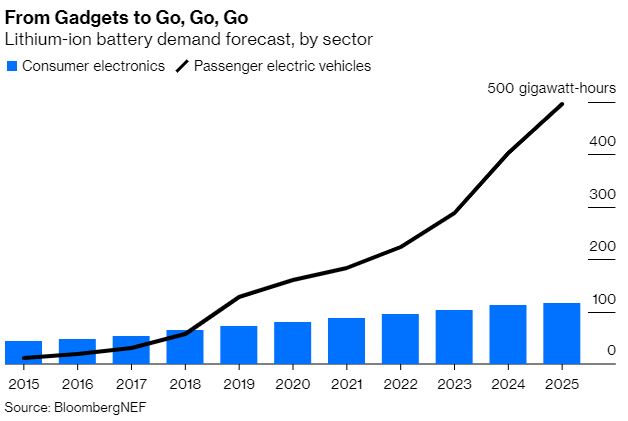 As this rather dramatic chart shows, passenger electric vehicles have vaulted past consumer electronics to become the single biggest source of demand for lithium-ion batteries, less than 15 years after Martin Eberhard built the first Tesla Roadster battery pack from 6,831 of the lithium-ion cells used in laptop computers.

The lithium-ion battery has come a very long way in other ways, too. Battery costs have come down by more than 80% in nine years. 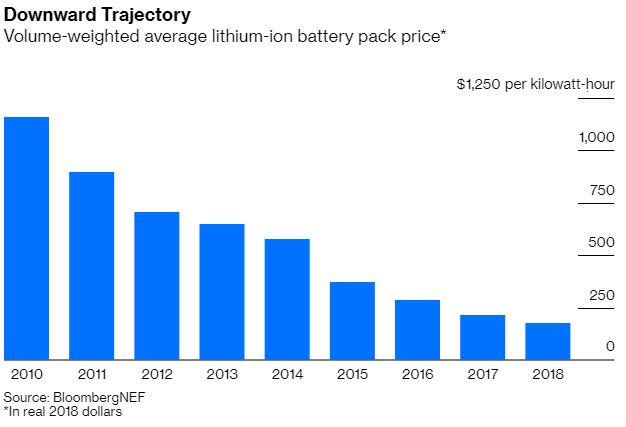 And battery manufacturing capacity has increased more than 200-fold in 15 years. 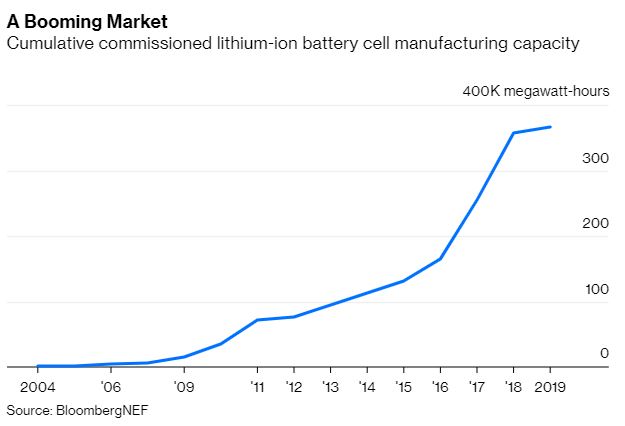 There is far more expansion planned. Next year will see more new capacity added than the global manufacturing capacity’s total in 2016. By 2023, total capacity will have more than doubled. 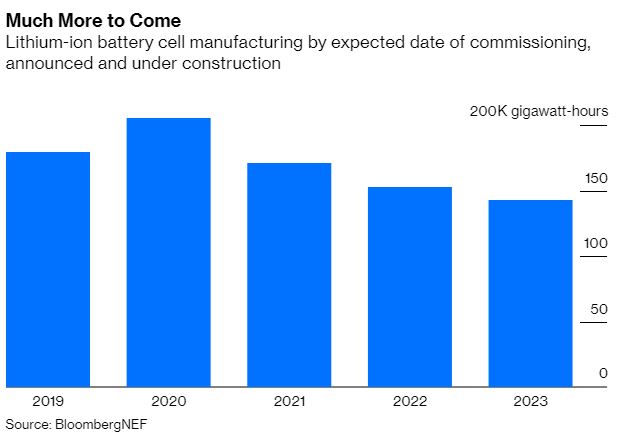 The combination of cost, capacity and capability has in itself created a new market for the lithium-ion battery: energy storage within power grids. We need look no further than northern Indiana, where power utility Nipsco plans to replace coal-fired power with wind, solar and solar-plus-storage projects.

The Royal Swedish Academy of Sciences concluded its announcement of this year’s chemistry prize rather poetically: “Lithium-ion batteries have revolutionized our lives since they first entered the market in 1991,” the academy said. “They have laid the foundation of a wireless, fossil fuel-free society, and are of the greatest benefit to humankind.” Sometimes being good enough is revolutionary, too.

Startups Give U.K. Hope in the Battery Manufacturing Race

Battery Making in Indonesia Can Cost Less than in China

Compressed Air Can Compete and Thrive in Lithium Age: Q&A