There are already 170,000 small, unmanned aerial vehicles licensed in the U.S., and the Federal Aviation Administration predicts another half-million more of them to be airborne by 2022. Drones are everywhere, doing all sorts of things, including delivering hamburgers and beer to golfers. They’re taking group photos, scouting properties and being shot down by neighbors. 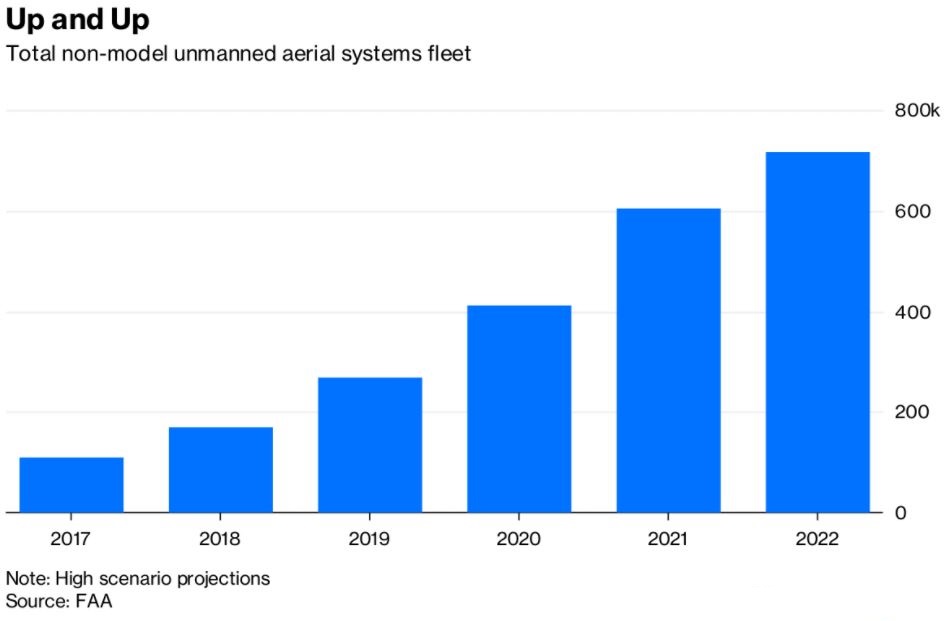 They’re also competing, and the competition is serious. Lockheed Martin Corp. has launched a $2 million competition pitting human operators against artificial intelligence in races through obstacle courses at speeds of more than 80 miles per hour. Tiny, sensor-laden electronics might sound like a game — but as Lockheed’s interest suggests, they should sound like business.

Around the world, trillions of dollars’ worth of industrial infrastructure is aging, while worker safety and terrorism concerns increase, and climate change increasingly strains power grids, manufacturing facilities, and oil and gas production. Drones offer a cheaper and more effective way of monitoring infrastructure than traditional methods of sending workers to dangerous, remote terrain.

Drones are being used today by grid companies to spot faults or overgrown foliage in transmission and distribution lines across the U.S. Monitoring overgrowth is increasingly important in hot, dry areas increasingly prone to fire — such as in Northern California, where PG&E Corp. may owe as much as $17.3 billion in liabilities from the 2017 fires in wine country. Drones were also used by Duke Energy Corp. to help restore power lines in Puerto Rico after Hurricane Maria knocked out 80 percent of the island’s electricity access.

Those threat-detection capabilities are money savers, and power-restoration services can be literal lifesavers. But there’s another set of services, more prosaic but potentially just as significant, for the future: operations and maintenance. 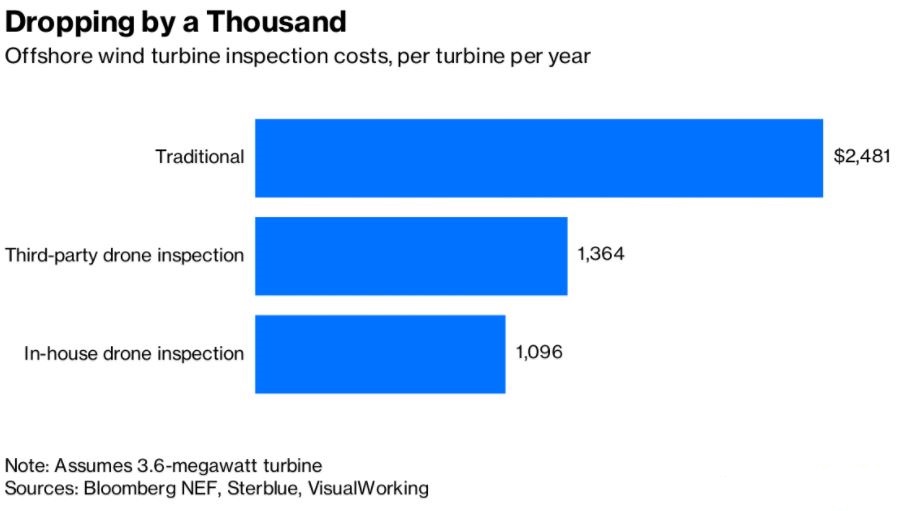 The same savings apply to solar farms, where drone inspection can lower costs even further, on a proportional basis. 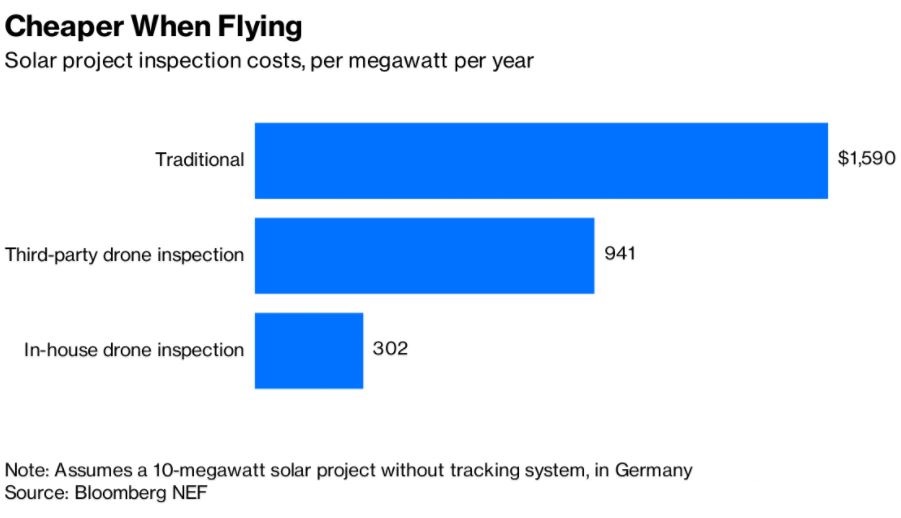 As drones improve, so will the services that they can provide. Drones that only collect video footage are limited to inspection. With machine vision, enhanced sensors, and grabbing arms and probes, drones may be able to fix minor faults in wind turbines, clear away overgrown foliage, and defend assets from intruders. Advances in 3-D vision and computational photography, cheaper communications networks, and lightweight batteries all promise to produce a drone that can fly for longer, act independently, and replace dangerous or boring human labor.

Then there’s the world of oil and gas. Drones with potent “sniffers” can detect methane leaks coming from oil and gas pipelines at 1,000 times the accuracy of traditional methods, saving pipeline owners significant money that is lost from leaked product and potentially from fines. Even this relatively simple application could have significant business (and pollution and climate) implications, as there is an enormous range of reported values of actual emissions in the oil and gas supply chain.

Not everything is immediately up and up for industrial drones. Regulation in most countries demands that drone pilots stay within line of sight of drones, while heavy batteries limit their flight time to 20 minutes. The market is fragmented, with a variety of startups offering complex services and overlapping solutions. Those conditions, though, can and probably will change. Technology improves, and regulations evolve. That buzzing rotor sound overhead is economics. It’s also business.