The world’s publicly listed utilities employed 3.7 million people, had a third of a trillion dollars in capital expenditures, and brought in $2.2 trillion in revenue in 2017. Power supply is an enormous industry. It’s also an industry that would still be recognizable to utility executives from a century ago. Delivery of electricity, natural gas and water will remain part of the future — but what changes will that future entail for utility companies themselves?

It involves a lot more talking about “the utility of the future”: 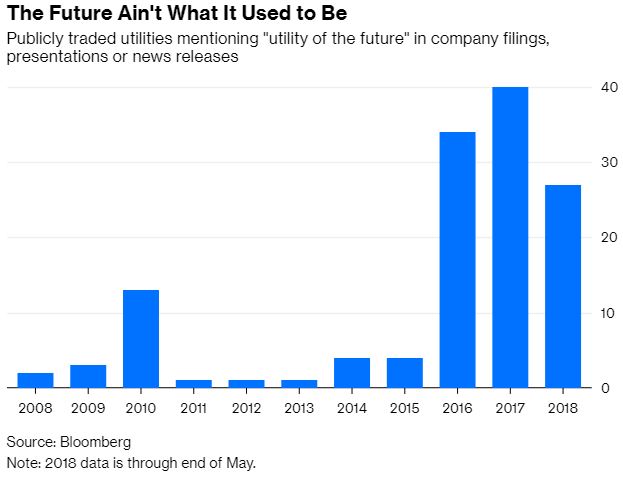 Part of that is a focus on technological, economic and even demographic changes as the industry’s workforce ages. Part of it, too, though, is probably marketing: In 2016, MIT released a 382-page (and heavily utility-sponsored) study called “Utility of the Future: An MIT Energy Initiative Response to an Industry in Transition.” It’s insightful; “utility of the future” is also the sort of catchy phrase that finds its way into company literature.

As the MIT study notes,

“A range of more distributed technologies — including flexible demand, distributed generation, energy storage, and advanced power electronics and control devices — is creating new options for the provision and consumption of electricity services. In many cases, these novel resources are enabled by increasingly affordable and ubiquitous information and communication technologies and by the growing digitalization of power systems.”

Google’s data center energy optimization is a perfect example. Google has been optimizing data center hardware — both its servers and its cooling and lighting systems — for years. By 2014, it had already created data centers that used half the energy of the industry average. Taking it further, though, was something quite different.

So efficiency engineer Jim Gao wrote a software model that first recommended maximizing data center efficiency by shutting off the data center entirely. After some refinements, the eventual attentions of Google’s DeepMind machine learning team, and more “robust and general working models,” Google achieved some extraordinary results: Implementing the models at the company’s facilities led to a 40 percent reduction in cooling energy load and a 15 percent reduction in overall energy overhead. Google’s data center intelligence team believes that it has only just “scratched the surface” of machine learning’s general applications to their work. It’s an impressive bit of energy optimization with economy-wide implications, all without the help of utilities.

Electric vehicles are a different matter. A decade ago almost no utilities mentioned electric vehicles; this year alone, more than 300 have. Charging infrastructure is an obvious play for utilities; the 582,000 public charging outlets installed worldwide as of the end of last year are a fraction of what will be needed to support a fast-growing EV fleet. That infrastructure needs capital, experience, real estate, and policy and regulatory finesse. Utilities have all of these things. 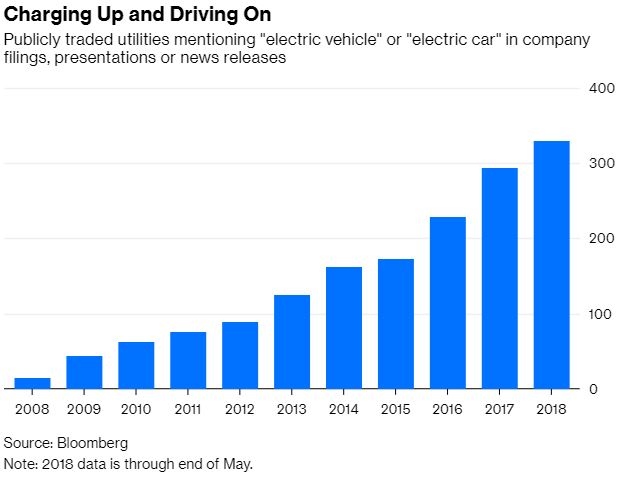