Chinese global issuance of green bonds declined 12% in 2017 compared to the previous year, according to data tracked and tagged by Bloomberg. Issuers continued to be large, state-owned financial institutions but participation is growing from corporations and municipalities. With monetary policy and lending rules expected to tighten across the Chinese economy in 2018, BNEF expects green bonds will become a more popular tool for raising capital this year. 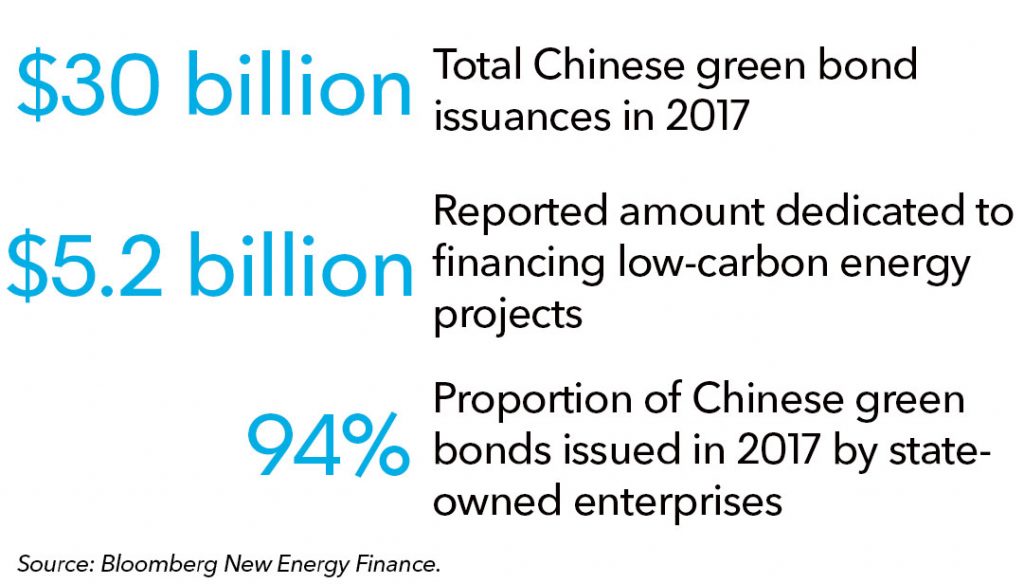