“It’s like being at war.” That’s how Luciano Pieruci, a 26-year-old farmer describes his battle against the floods that swamped a swath of the 1,200 hectares (3,000 acres) of soybeans, corn, and wheat he tends in Argentina’s Córdoba province. “The low-lying fields have become lagoons,” says Pieruci, who decided to leave them unplanted to avoid a repeat of the previous year’s losses.

About 200 miles northeast, in Santa Fe province, Claudio Parola reports that soybean yields on his farm almost doubled this year because of the extra moisture. But the extra costs of harvesting a wet crop wiped out his profits. “There was water in places we’ve never seen before,” he says.

Farmers in the Pampas are struggling to make sense of the weather. The region, a 300,000-square-mile expanse that stretches from the Atlantic Ocean to semi-arid plains in the west, occupies a special place in the Argentine psyche. In the 19th century it served as a backdrop for canonical books such as Facundo and Martin Fierro that immortalized the domestic species of cowboy—the gaucho. Much of the pasture land has since given way to crops, cementing Argentina’s place as a top grain and oilseed exporter. The country ranks third globally in both corn and soybean exports.

Crop insurance policies indemnify growers against losses from wind, fire, and hail, but few carriers offer coverage against floods. Rainfall in the Pampas has been well above the 50-year average in five of the past six years, according to a July report by the Rosario Board of Trade. In the area around Justiniano Posse, where Pieruci has his farm, the water table has surged from an historical average of about 2 meters, or 6.5 feet, below the surface to 1.2 meters, he says. “It’s like it’s raining on a tarpaulin,” says Matias Caretta, Pieruci’s farmhand. 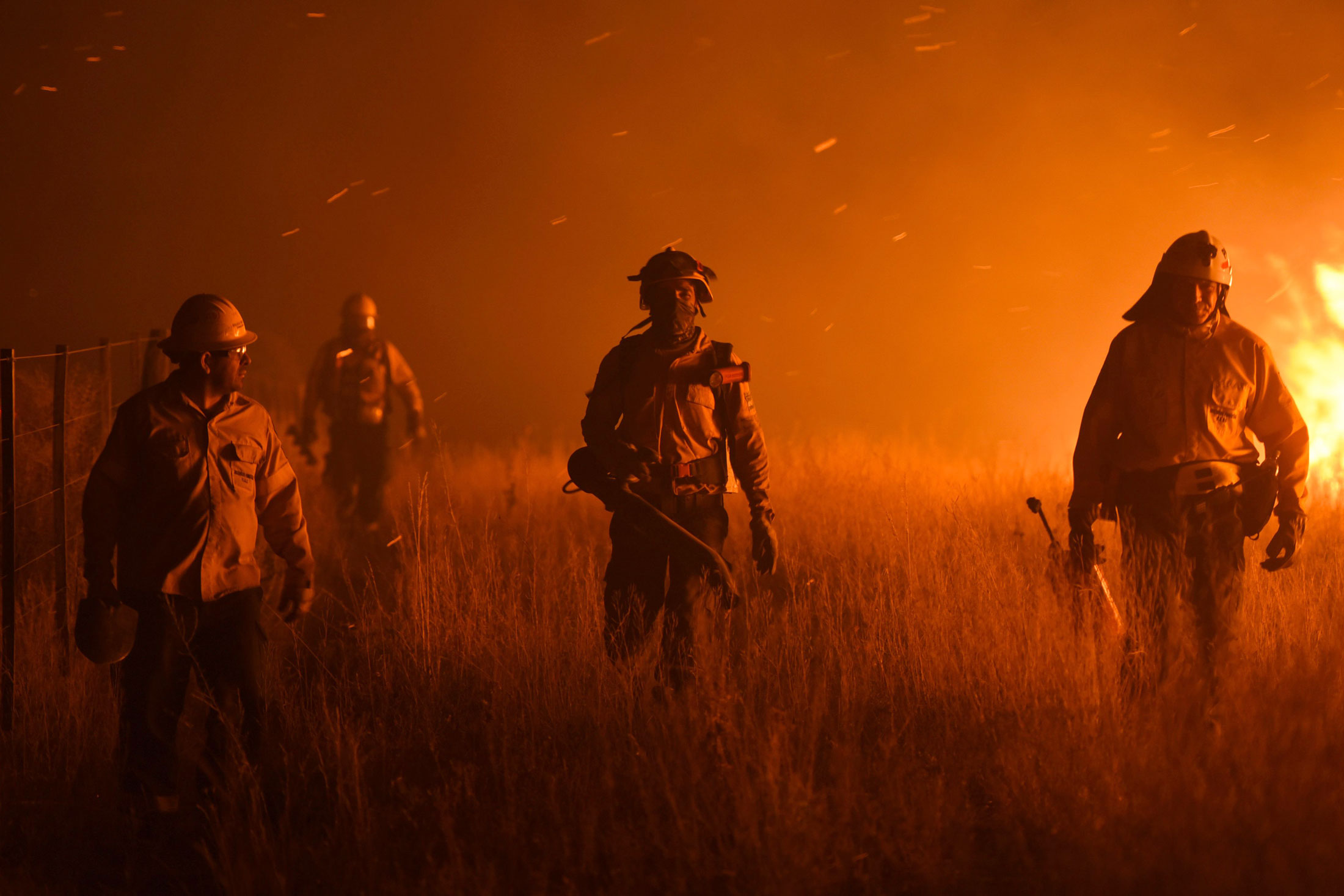 Other parts of the Pampas have been afflicted by drought. In January, fire raged across 1.6 million acres, threatening crops and killing thousands of open-range cattle. “This past season was notorious for the proximity of these simultaneous extreme weather events,” says Pablo Mercuri, a head investigator at the National Institute for Agricultural Technology, Argentina’s top farming research and development organization. “It’s a warning bell.”

The shifting conditions on the Pampas haven’t escaped the notice of President Mauricio Macri, who is counting on increasing exports of agricultural commodities to help speed an economic recovery after Argentina emerged from recession at the end of last year. To encourage farmers to plant more, his government has scrapped export taxes on corn, wheat, and beef since taking office in December 2015 and has committed to reducing taxes on soybeans. The agriculture sector contributed 46 percent of the nation’s $57.7 billion of exports last year, according to the Rosario Board of Trade.

While the relationship between global warming and cyclical climate patterns such as El Niño is still unclear—the thinking is that the former may amplify the latter—there is already some evidence that higher temperatures trigger more concentrated rains, says Kyle Tapley, senior agricultural meteorologist at MDA Weather Services, a data provider based in Gaithersburg, Md. Pieruci and Parola say they noticed a shift in the weather about four years ago: Rainfall became more intense and winters have gotten shorter, a concern because the cold helps tame pests.

Despite the fickle weather, Argentina’s 2016-17 soy harvest was the second-biggest ever at 57.5 million metric tons, as crop losses due to floods were more than offset by record yields of nearly 3.2 tons per hectare, according to the Buenos Aires Grain Exchange.

Parola, the soybean farmer in Santa Fe, says the unusually heavy rains boosted his own yields to 3.5 to 4 tons per hectare, from an average of around 2 tons per hectare in recent years. But those gains didn’t trickle down to his bottom line. “I came out even,” he says. “It can be better to have lower yields and the weather in your favor during harvesting than higher yields coupled with bad conditions.”

That’s because trading companies and cooperatives pay less for damaged grain and charge for drying it. Meanwhile, when waterlogged fields delay the harvest and shrink the window for gathering crops, seasonal laborers hike their prices. Also, sodden fields often need to be plowed in preparation for the next planting, an additional cost for growers in the Pampas, who traditionally don’t till their soil.

Unseasonably heavy rains in the second week of September are already jeopardizing this season’s soy planting. At least 650,000 hectares, an area bigger than Delaware, may go unplanted, says Esteban Copati, head of crop estimates at the Buenos Aires Grain Exchange. “I can’t think of a season when we have started with so much excess water,” he says. “It’s unprecedented.”