How Rising Temperatures Can Fry the Economy

Stronger hurricanes, hotter heat waves, more frequent wildfires and more severe public-health issues are all adding to the costs of climate change, which will reach almost $1 billion a day in the U.S. within a decade, according to a report released Wednesday.

Total costs to address the impact of rising temperatures will swell 50 percent by 2027, to $360 billion annually, according to the study from the Universal Ecological Fund. That equates to about 55 percent of expected economic growth in the U.S.

The report comes as the U.S. continues to reel from one of the costliest hurricane seasons in history. Hurricanes Harvey, Irma and Maria have inflicted an estimated $173 billion in damage in Texas, Florida, Puerto Rico and the U.S. Virgin Islands. On the West Coast, record dry conditions and heat have triggered wildfires in nine states. Unless the U.S. cuts fossil fuel use, the economic toll from such events will continue to rise, the study concludes.

“The increasing damage from climate-change related storms, wild fires, human health, agriculture loss and the like are taxing the potential of economic growth,” said James McCarthy, a Harvard University professor whose co-authors included Robert Watson, former chairman of the Intergovernmental Panel on Climate Change. The researchers weren’t paid for their work. 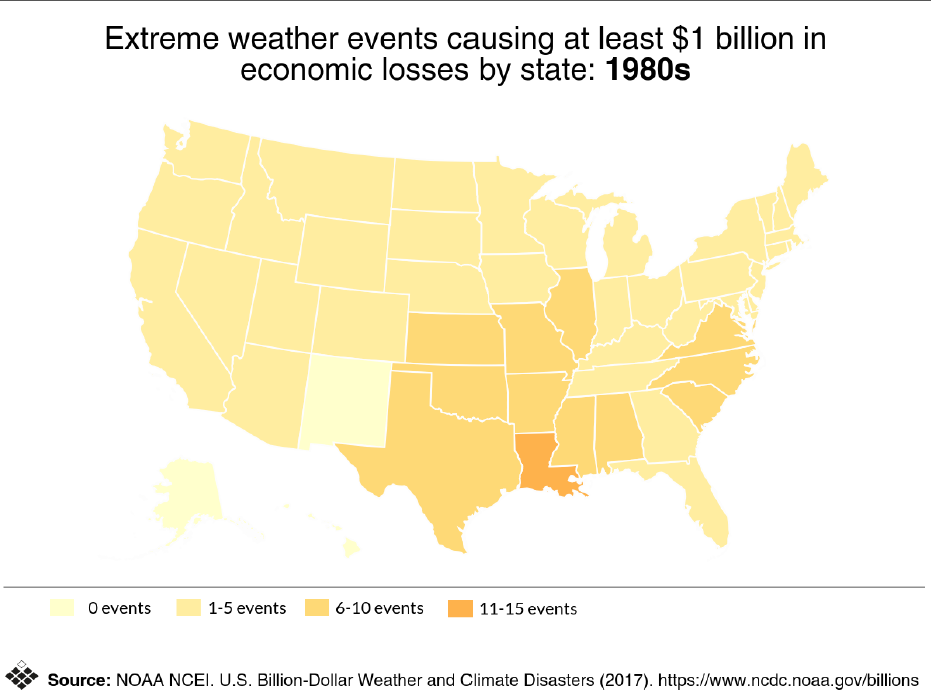 The study’s conclusion that fossil fuels exacerbate global warming and create a drag on economic growth runs counter to the view of the White House.

President Donald Trump, who has called climate change a hoax, has put oil, natural gas and coal production at the center of his economic agenda. Energy Secretary Rick Perry told a meeting of the National Petroleum Council on Monday that fossil fuels are even saving lives in developing nations by increasing access to energy.

The economic toll of climate change is not limited to storms. Droughts in states including California, Texas and Oregon have led to $56 billion in crop losses since 2012, according to the study, which used data from the National Oceanic and Atmospheric Administration, the Centers for Disease Control and Prevention and other federal agencies. If global warming goes unchecked, corn and soybean production may fall as much as 30 percent in the next three decades, costing farmers as much as $25 billion annually, according to the study. 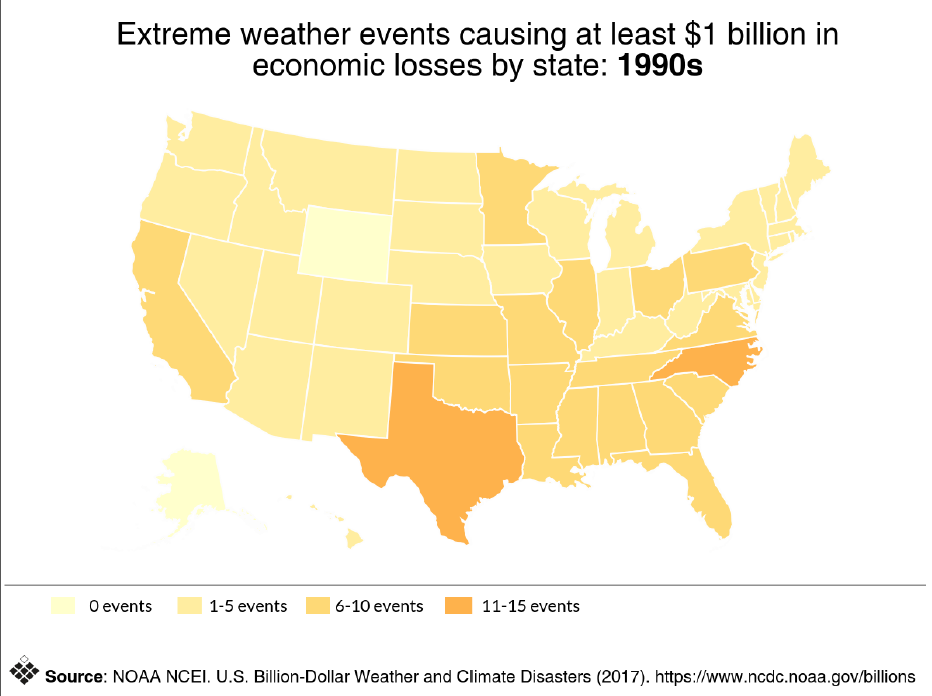 For years, policy makers argued it was impossible to grow the economy without increasing fossil fuel use. Renewable energy has become more common, challenging that notion. 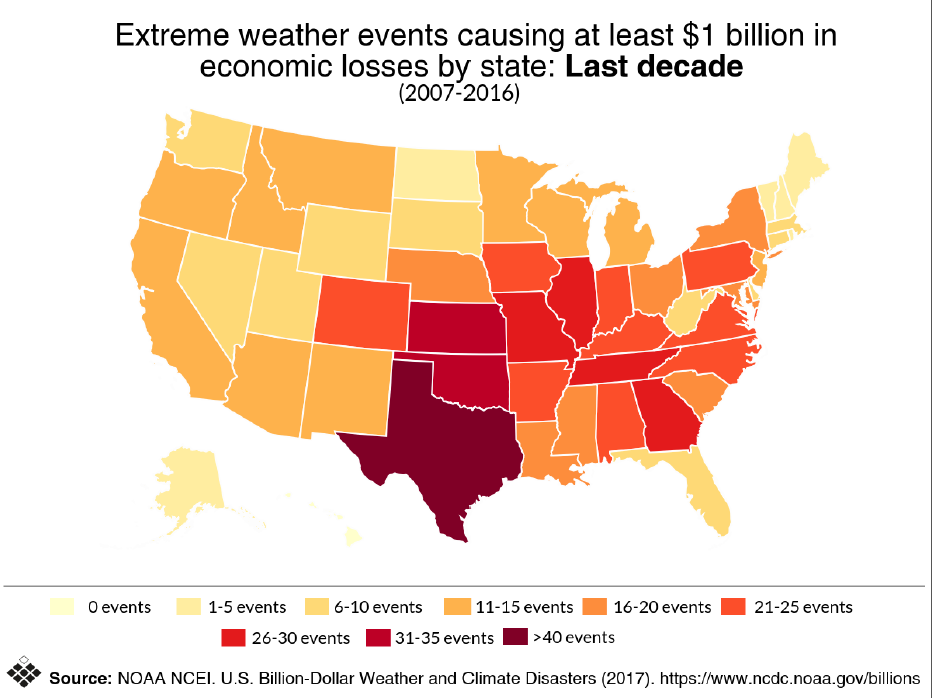