Coal’s Trump Bump Is Over

It’s been a year since President Donald Trump’s election and his pledges to transform the energy markets haven’t exactly come to pass.

In fact, what was true under President Barack Obama is still true today: Coal’s share of the power mix is declining, and wind and solar remain the fastest-growing U.S. sources of electricity.

Try as Trump might, economics, not policy, have driven these seismic shifts in the way America uses energy during his first year in office. His second year, though, could prove to be another story.

Trump hasn’t been shy about promoting the revival of coal, or taking credit for a recent comeback in mining. There are just two problems with that: The rebound, such as it was, started before he won the presidency a year ago, and utilities continue to shutter coal-fired power plants.

Building and operating a utility-scale wind farm costs as little as $30 a megawatt-hour over its lifetime — as little as $14 if you count subsidies. Keeping an existing coal plant running costs $26 to $39 a megawatt-hour, according to Lazard Ltd. And solar is on its way to becoming the cheapest power source on Earth.

“What we are seeing is that renewable technologies on a fully loaded basis are beating” existing coal and nuclear plants in some regions, said Jonathan Mir, head of the North American power group at Lazard. 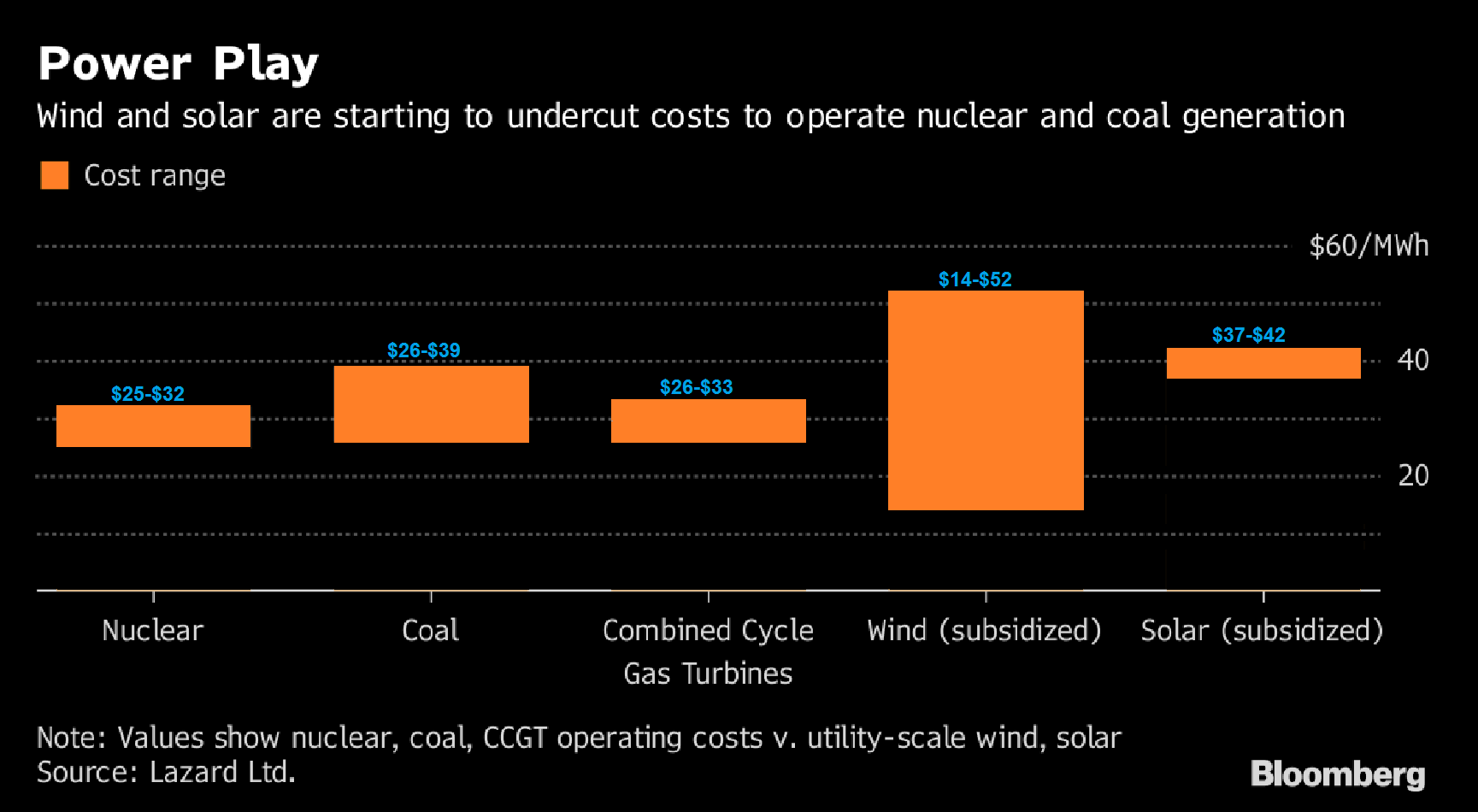 There may be no better showcase for the shift away from coal than Texas. The red state long burned the most coal in the U.S., but is now replacing much of that capacity with wind — lots of it. That trend has continued under Trump: Just last month, Vistra Energy Corp. announced plans to close more than 4,000 megawatts of capacity in Texas. Wind farms already under construction will fill most of that void. 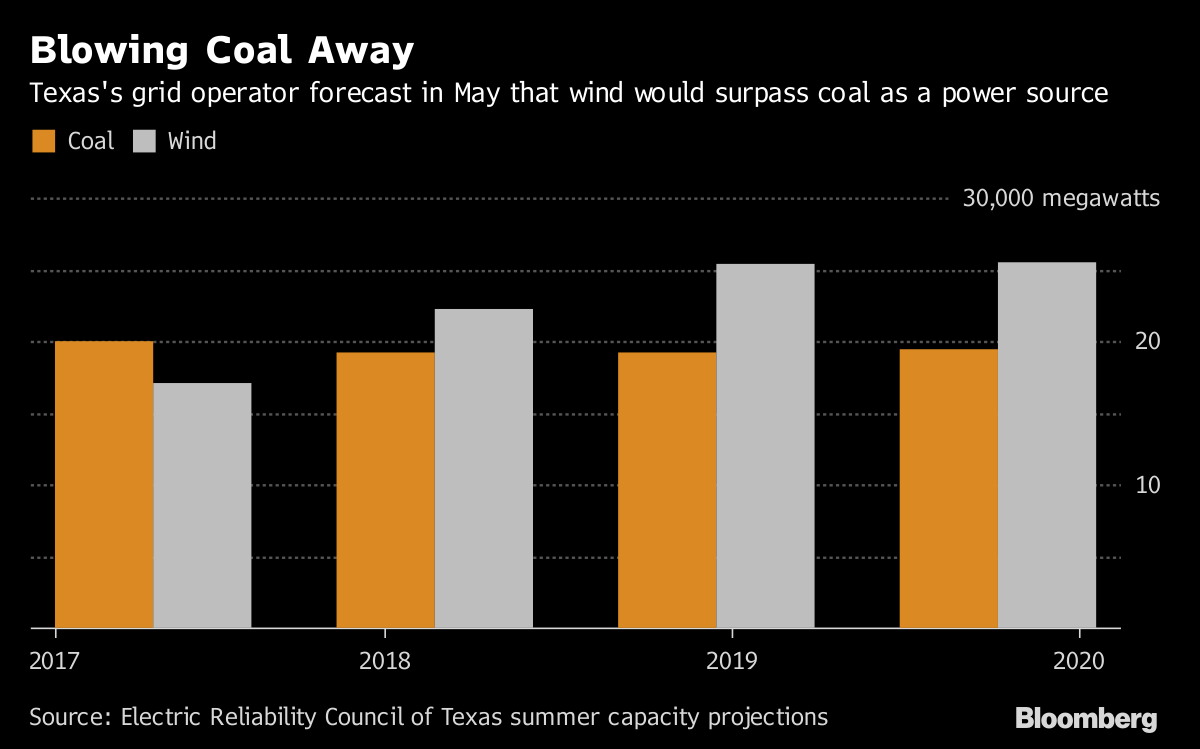 “Texas has shown that the grid can run on significant amounts of wind,” said Joshua Rhodes, research fellow at the University of Texas at Austin’s Energy Institute. 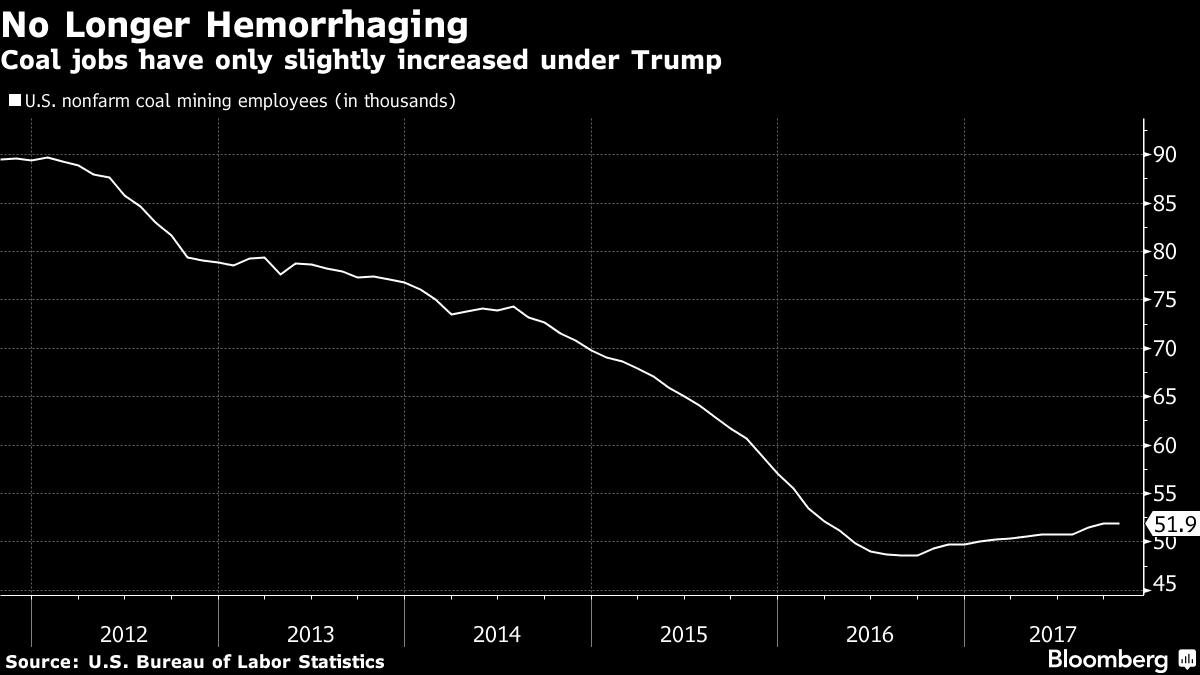 That has more to do with market forces than Trump’s election.

Coal production has since fallen below 2016 levels. 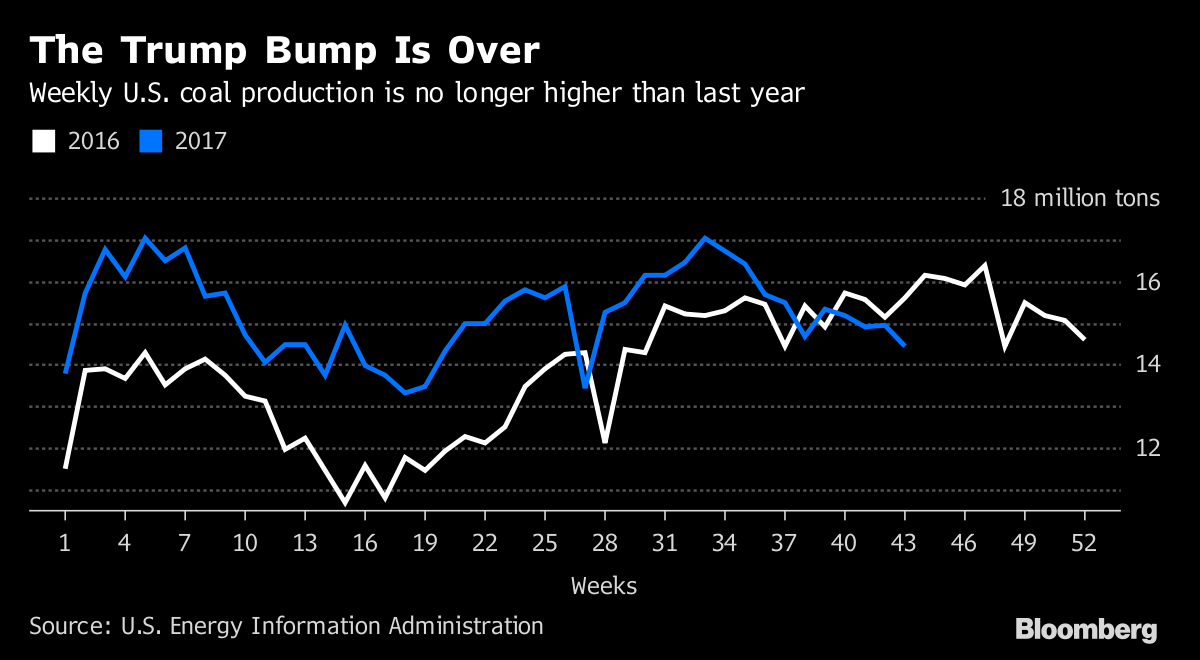 If Trump’s presidency has had “any impact at all” on U.S. coal, it may have created a “little positive spin for financial folks” to add companies including Peabody Energy Corp. and Arch Coal Inc. — both of which emerged from bankruptcy since last fall — to their portfolios, Preston said.

To be sure, Trump may be able to dislodge some of renewables’ economic advantages that have contributed to a surge in clean-energy equities since his election. He’s considering a series of moves to boost coal and nuclear and potentially weaken wind and solar. 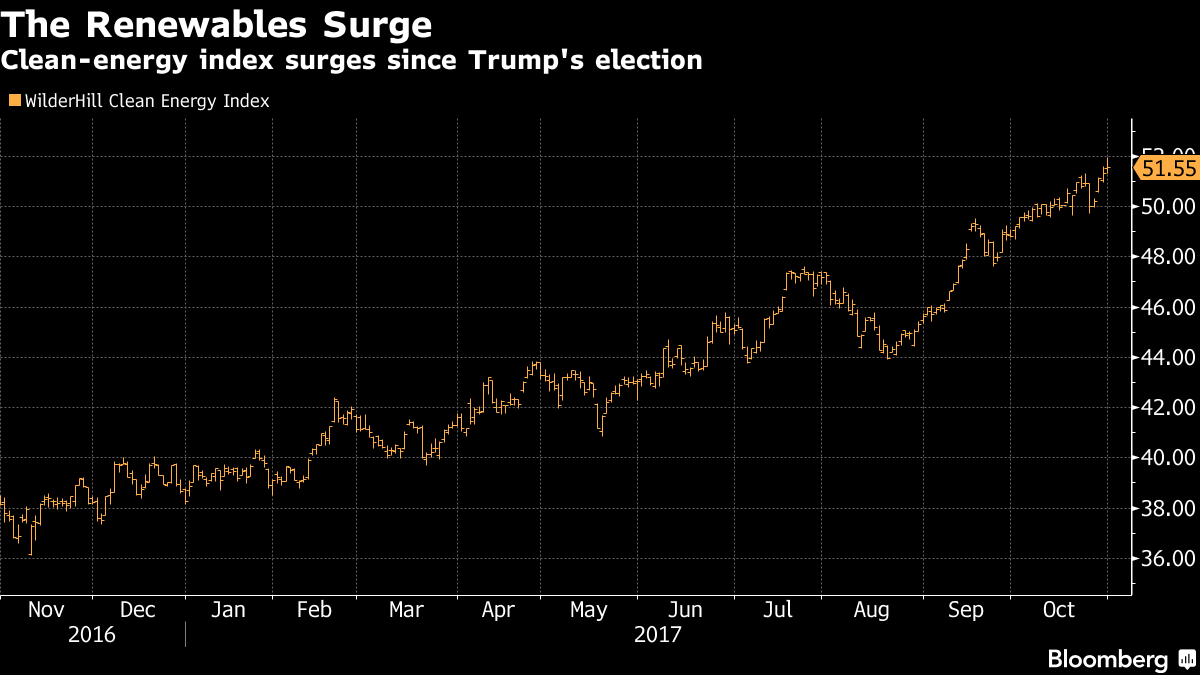 His administration has asked federal regulators to rewrite power-market rules, which would boost coal and nuclear potentially at the expense of gas and renewables. The Republicans’ tax-reform plan, meanwhile, may slash the wind industry’s tax credit. And Trump will soon have the chance to impose tariffs on imported solar cells.

“Trump and the Republican Congress haven’t had much of an impact yet,” Cheryl Wilson, a Washington-based analyst at Bloomberg Intelligence, said in an email. “Several things in the pipeline could change that.”