Bloomberg New Energy Finance has just published its fourth annual New Energy Outlook, a comprehensive forecast of the power industry from now to 2040. And every year, it is full of wonders. First among them for 2017 is an extraordinary showing for solar energy technology. Electricity’s future is sunny — and windy, too — to the tune of trillions of dollars of new investment.

According to the latest report, $10.2 trillion in power generation technologies will be invested worldwide in the next two decades, of which almost three-quarters will flow into renewable generation sources. Wind power will garner more than $3 trillion, and solar power will attract more than $2.5 trillion. Nuclear power and hydroelectricity will each get more than $1 trillion in new investment, but gas will only draw $804 billion, and coal even less — $664 billion.

Investment in power generation technologies, 2017 to 2040

While wind is tops in dollars, solar continues to decline in cost, and that means it will pass nuclear generation capacity this year, wind in 2022 and gas in 2031. In 2032, solar capacity will exceed coal-fired power generation capacity, and it is the single largest source of capacity (though not of electrons) on the global grid. 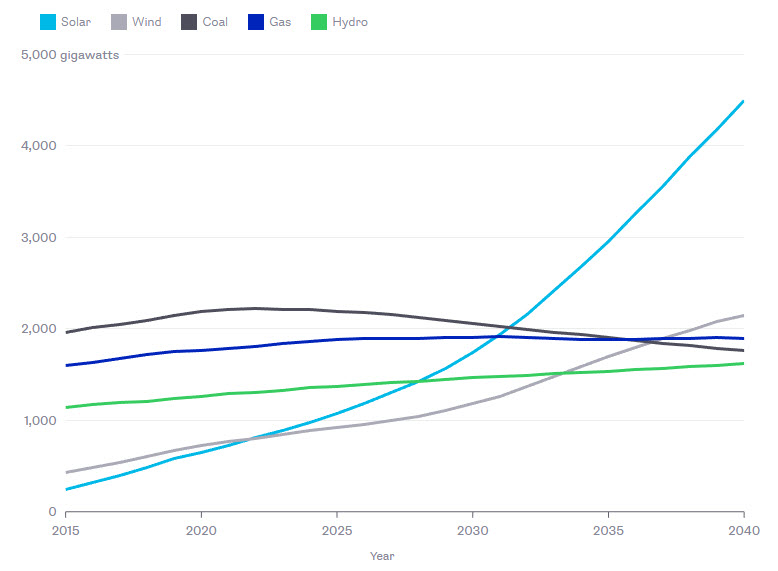 Solar doesn’t stop there. In 2039, solar capacity will exceed all fossil fuel capacity. 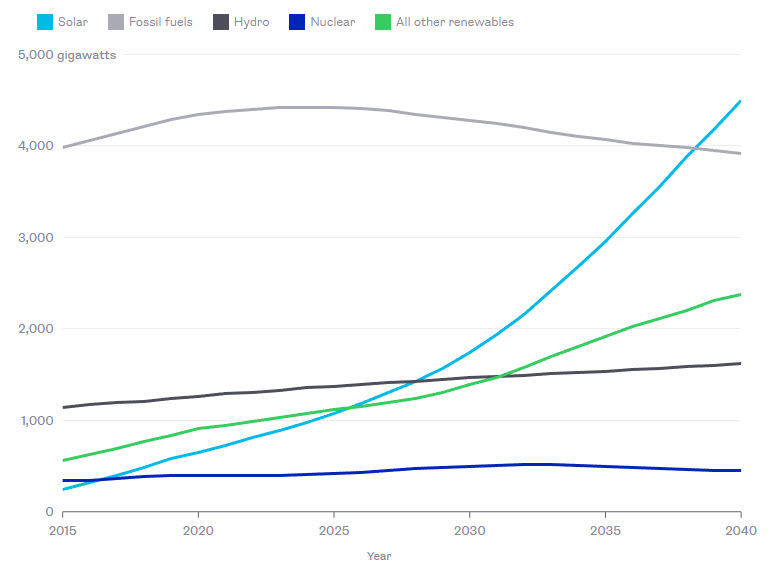 Lines that go up and to the right forever (or down and to the right forever) are an occupational hazard for long-term energy modeling. Consistently increasing numbers such as wind and solar capacity are almost unnerving, whether you believe they are likely or not. They’re also a test of faith. Natural gas market analyst Richard Meyer summed up the challenge nicely in a Twitter thread: 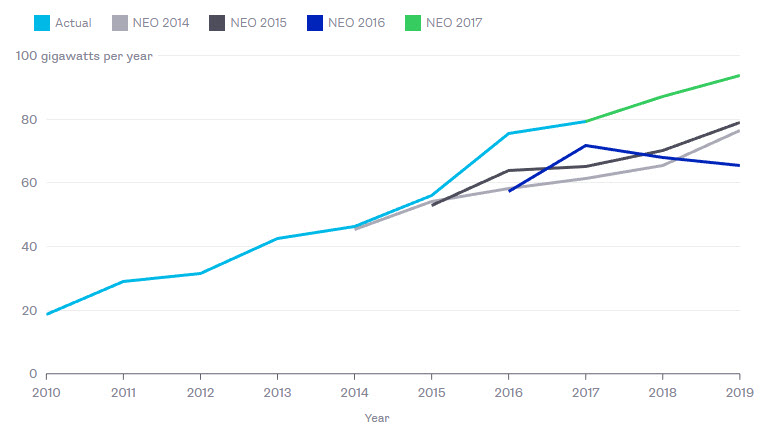 Next week I’ll look beyond what will be built in the next 20-plus years and into what the emerging power mix means for the companies and markets in the world’s future electricity system.

Get Sparklines delivered to your inbox every week. Sign up here.