Each week, Friggi Oil Service pays a visit to Ai Due Otri, a traditional Sardinian restaurant in central Rome, to pick up what’s left in the frying pan.

Leftover oil from this and other restaurants is trucked to a collection area just outside the capital. It’s then taken to a refinery operated by Eni SpA, Italy’s oil and gas giant, to be turned into fuel.

While biofuels represented little more than 1 percent of the country’s total energy output in 2015, it’s a growing market. The government, driven by European Union renewable-fuel targets and a national diet rich in olive oil, is luring producers with financial incentives. As a result, Ai Due Otri is just one of about 100,000 restaurants nationwide recycling their grease. But Italy must persuade households to do the same if Eni is to process as much as it plans. 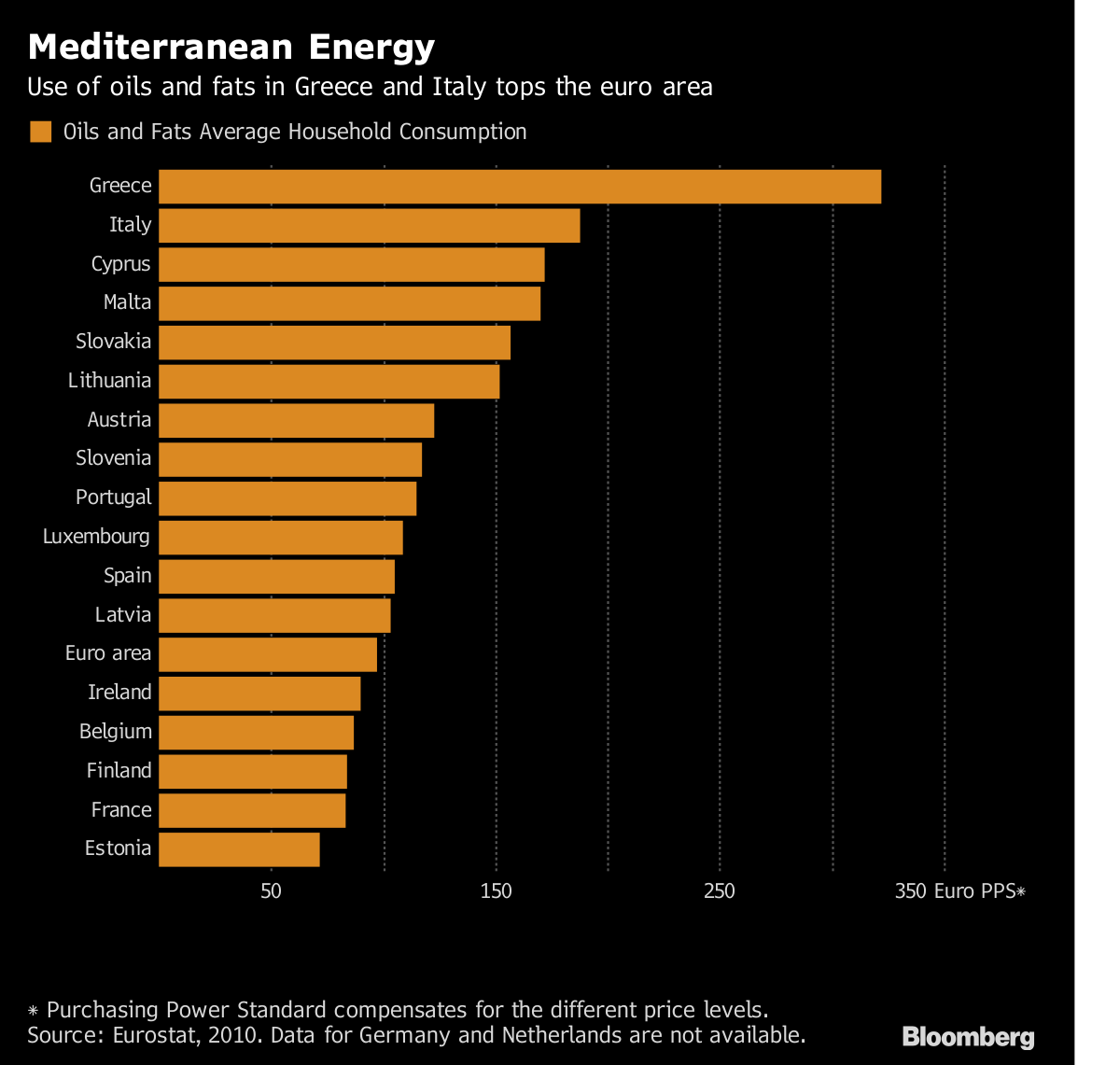 “Italy is a country where we make large use of vegetable cooking oils,” said Giuseppe Ricci, chief refining and marketing officer at Eni. Recycling them reduces the quantity of edible crops needed to make biofuels and cuts the volume of waste clogging up drains, he said.

The initiative is given impetus by the EU, which aims to get 10 percent of transport fuel from renewable sources by 2020 and offers payments for biofuel production in a bid to attract investment in the industry.

Eni intends to more than double biofuel production from 2018 to 2019, and it’s not stopping there. While its bio-refinery in Venice can already process 360,000 tons a year of vegetable oil and other fats and feedstocks, a 2020 upgrade will allow it to take 600,000 tons, yielding about 420,000 tons of biodiesel. That’s a significant amount, given Italy’s total biofuel output in 2015 was 575,000 tons. Eni will also invest more than $280 million to build a bio-refinery in Sicily.

The growth in capacity raises the need for feedstock. Conoe, the umbrella body for Italy’s oil-collection and treatment companies, says about 70,000 tons of used oil are gathered every year, yet most of that comes from restaurants. The volume could exceed 200,000 tons if more households were signed up to the program, according to the organization.

“Adding families into the picture would be a real game-changer,” Conoe Chairman Tommaso Campanile said in an interview in Rome.

Italians are renowned for their home-cooking. Among euro-zone nations, the country is second only to Greece in consumption of oils and fats, according to Eurostat. Yet the incentive for families to take leftover oil to a waste station remains limited. While collection points are increasing, they rarely get full and about two-thirds of the oil that could be reprocessed isn’t turned in, according to Campanile.

Conoe will start an awareness-raising campaign next year to encourage households to participate.

“Used oil from a pan, oil in canned food, oil used to preserve in food preparations,” Campanile said. “We are now working to get it.”