Liquefied natural gas (LNG) is one of the solutions to reduce the China trade deficit with the U.S., according to U.S. Commerce Secretary Wilbur Ross. In an interview with Bloomberg TV yesterday, Ross suggested that China could divert its purchases of LNG to the U.S. in order to not only diversify its sources of LNG, but also reduce the deficit, which reached $375 billion last year. How much of that could LNG really contribute?

China will consume 44 million tons (MMt) of LNG this year, double the U.S. export capacity of 22MMt. If China purchased all of it, that would account for $6.7 billion in revenue (assuming an LNG price of $3 + 115% of Henry Hub, which is how U.S. LNG is currently priced). That would reduce the deficit by less than 2 percent. 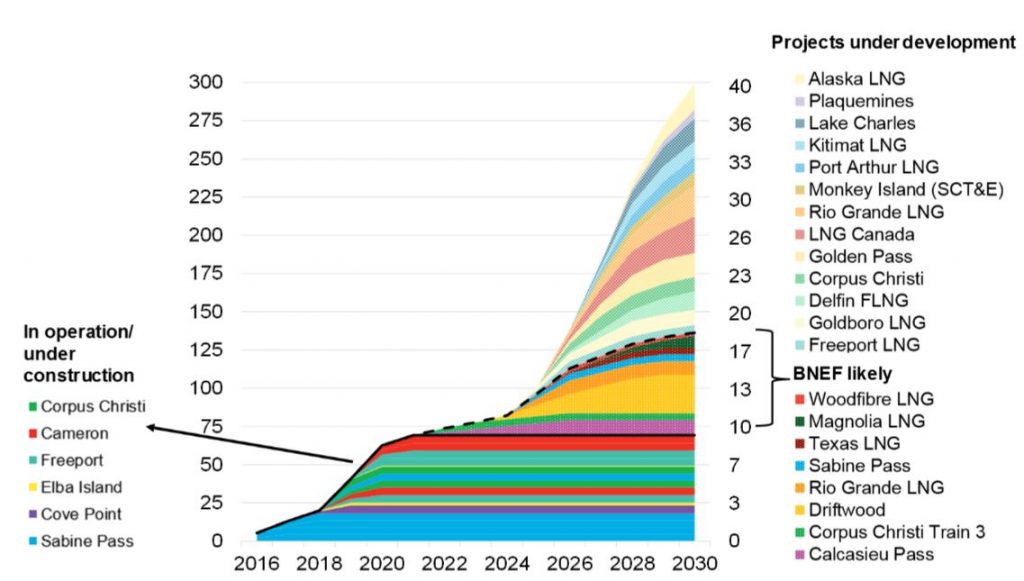 Bloomberg New Energy Finance expects China’s LNG imports to grow to 82MMt by 2030. If all of that was purchased from the U.S., it could contribute $27.7 billion to the U.S. trade balance.

Of course, this ignores that China (and the U.S.) have commitments for most of their gas that would be hard to break. The U.S. has already sold 13MMt of its 2018 exports, and China has contracted for 42MMt of its imports. That leaves 2MMt of spare export volume, roughly equal to the amount the U.S. exported to China in 2017 and worth $613 million.

Similarly, only 40MMt of China’s 2030 imports is uncontracted. If China purchased that uncontracted volume from uncontracted U.S. capacity, it would result in $13.5 billion of revenue.

So can LNG shipments solve the U.S.-China trade deficit? No. Could they help? Yes. Will they increase? Probably.

Learn more about the high-level findings from the 1H 2018 Global LNG Outlook here.

BNEF clients can see the full report on the Terminal or on web.