This analysis is by Bloomberg New Energy Finance analyst Luiza Demôro. It appeared first on the Bloomberg Terminal and on BNEF.com.

In December 2013, a landmark amendment to Mexico’s constitution effectively ended state-owned control of the country’s power sector. Virtually overnight, Mexico became one of the hottest markets in the world for renewable energy development. However, an upcoming election led currently by a strong nationalist candidate could throw a wrench into ongoing reform.

Current Mexico President Enrique Peña Nieto was elected with 38% of the vote and took office December 1, 2012. During his mandate (which is due to end in November 2018) Peña Nieto approved 13 constitutional changes, including major energy reform.

Peña Nieto has been unpopular for some time but frustration with his government peaked in January 2017 as gasoline prices jumped 20%, prompting “gasolinazo” street protests. The price increase, along with the public’s general dissatisfaction with slow economic growth, corruption and consecutive political scandals, drove Peña Nieto’s disapproval rate to 77% in February 2017. 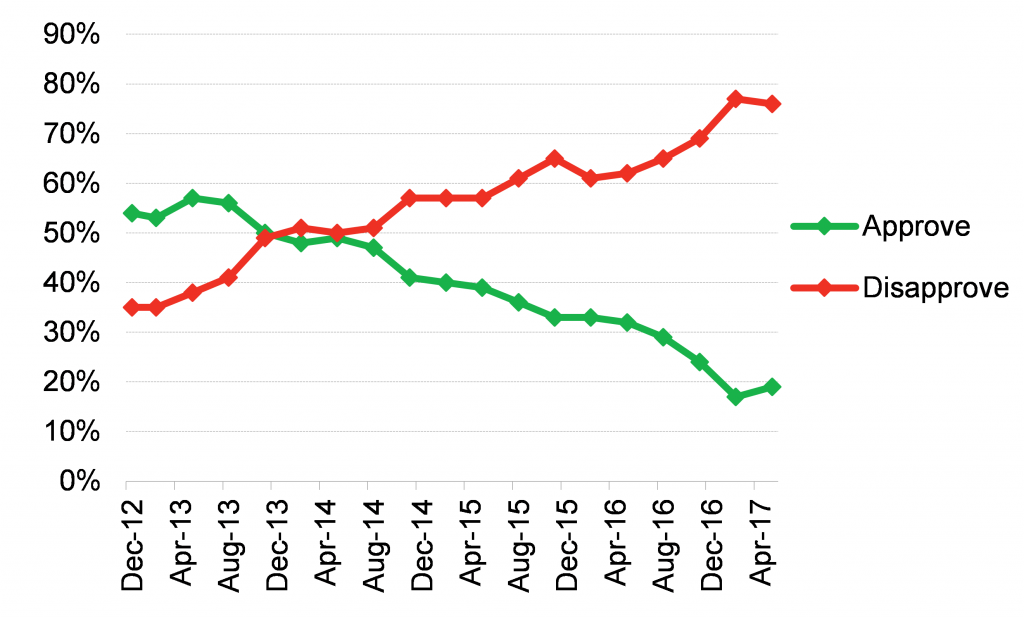 On July 1, 2018, voters will head to the polls to choose a new leader. The president is elected by direct and popular vote through a “first-past-the-post” voting method. On that same day, the country will also chose 500 Chamber of Deputies representatives and 128 Senators.

Mexico has a total of nine political parties with the four most prominent being the center-right National Action Party (PAN), the left-wing MORENA, the centrist PRI and the center-left Party of Democratic Revolution (PRD).  As of November 2017, MORENA is the only party with a candidate confirmed for the 2018 election: López Obrador.

At this point, MORENA is the only party that represents a legitimate threat to the current energy reform’s longevity. While it says it would not unilaterally cancel the reform, it has pledged to hold a referendum on revising the constitutional amendments. That said, even if voters choose to cancel the reform, further action would be needed. This is because in Mexico revising any constitutional amendment requires two-thirds majorities in the federal Senate and the Chamber of Deputies. In addition, over half of Mexico’s state governors must approve. 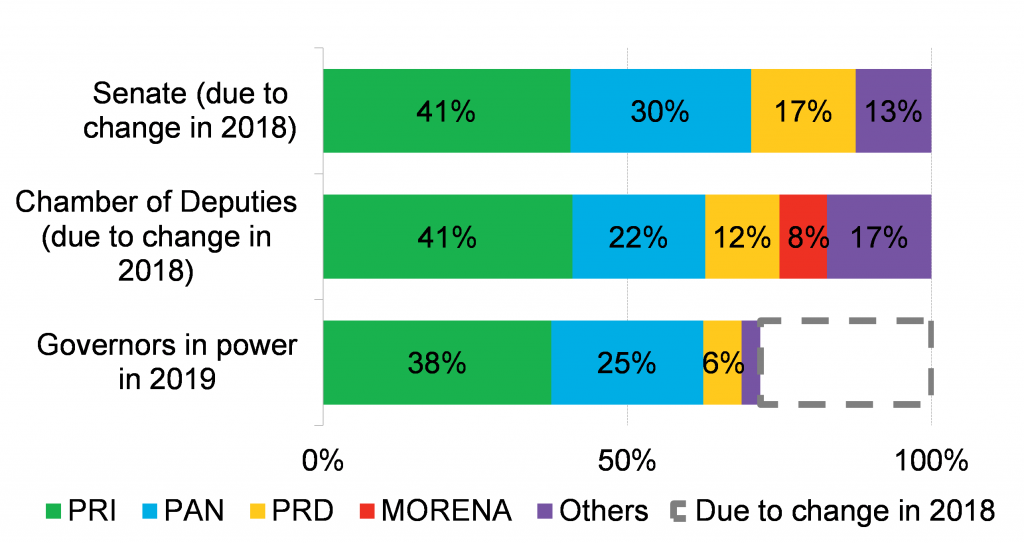 Securing a two-thirds super-majority at the federal level to overturn reform looks to be a serious longshot. At the state level, it’s an even longer shot as support would have to come from incumbent parties that supported the reform previously. But while a complete unravelling of energy market reforms appears unlikely, there is the realistic possibility that a new MORENA government would tinker with current policies. In fact, partial review of the reform is the most likely scenario should the party’s leader Lopez Obrador win.

This could be achieved by reviewing rules and regulations, such as the Clean Energy Certificates Guidelines and clean power auction contract rules. Such moves would not require constitutional amendments and could result, for instance, in the watering down of Mexico’s national clean energy targets. They could also involve reviewing or even delaying forthcoming auctions for clean power contracts.

This is a short excerpt from a 12-page report only available to Bloomberg and BNEF clients. Interested in hearing about how BNEF helps clients put it all together? Contact us.