The old trading city of Hamburg in northwest Germany will soon become the center for a drive in Europe’s biggest economy to diversify natural gas imports.

Three partners are forging plans to build a terminal for liquefied natural gas on the shores of the River Elbe, not far from an old nuclear reactor that’s fallen victim to the nation’s atomic exit. Costing as much as $600 million, the LNG import facility would be Germany’s first and a tool to supplement pipeline supply from Russia and Norway. 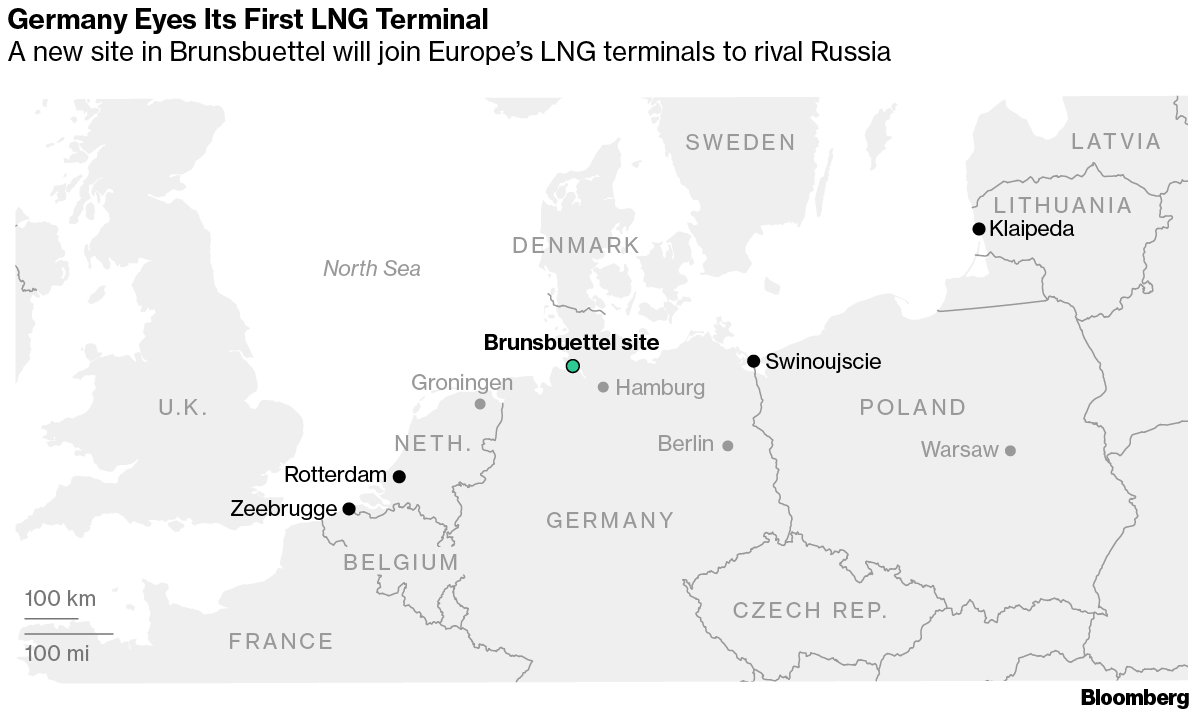 With the country’s last nuclear plant shutting in five years, the future of coal in doubt and dwindling Dutch gas exports, Germany faces a dilemma how to get stable energy to counter the intermittent nature of its solar and wind plants. With Russia exporting more gas than ever, that kind of dependency risks exposing Germany to price shocks and political gamesmanship.

“It might be very useful for Germany, we think it can help the country and the industry to diversify and to have good negotiating tools,” said Marcel Tijhuis, a business development manager at Nederlandse Gasunie NV, one of three companies behind the Brunsbuettel terminal.

The facility would be able to import as much as 5 billion cubic meters per year, or about 10 percent of Russia’s annual deliveries to Germany. Getting LNG directly rather than via the Rotterdam terminal in the Netherlands reduces costs for customers and also adds political clout, Tijhuis said.

EON SE as early as 2005 explored building a LNG terminal in Wilhelmshaven on Germany’s North Sea coast. The utility scrapped the plan on cost grounds in 2008, opting instead for a stake in Rotterdam’s Gate LNG. 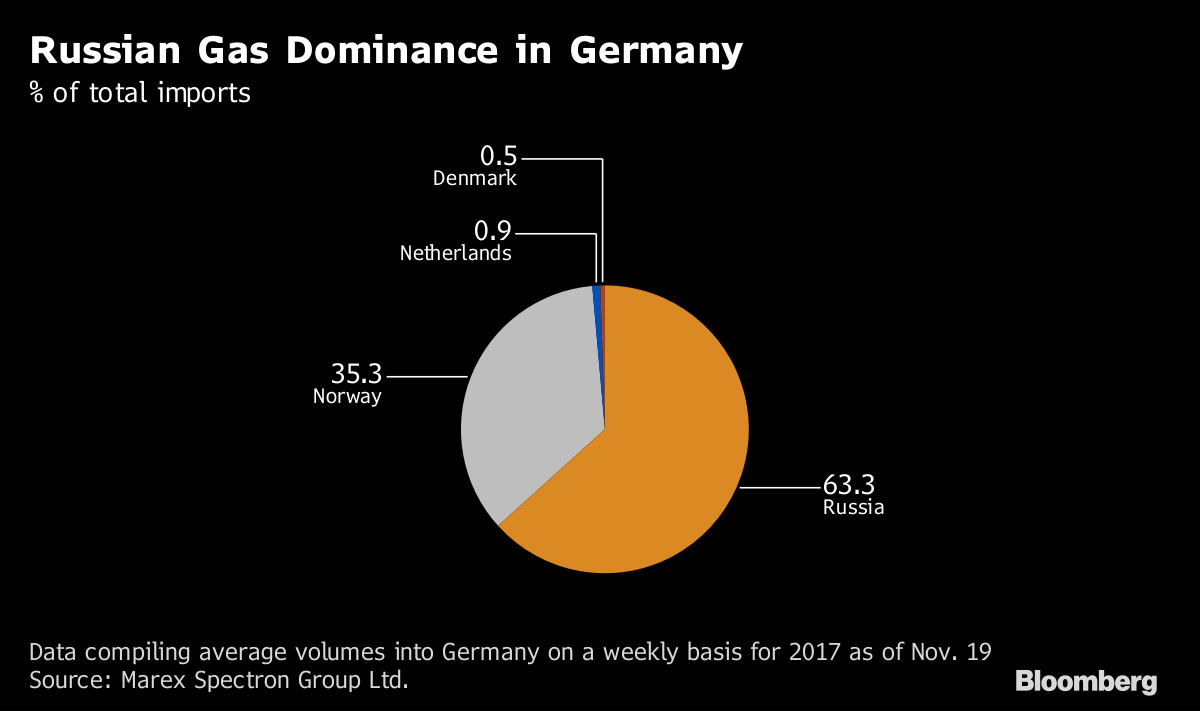 Koninklijke Vopak NV and Oiltanking GmbH are also partners. The companies will take equal stakes in a legal entity set up in the next few weeks in Hamburg, said Katja Freitag, a spokeswoman. The joint venture will gauge customer interest ahead of a final investment decision in 2019. Operations could start by the end of 2022. Costing between 300 million euros ($358 million) and 500 million euros, the facility would also offer LNG as a low-emission fuel for ships and trucks, Freitag said.

The LNG that arrives in bigger vessels can then be shipped onto smaller vessels sailing down the river to the Hamburg area or via a canal to the Baltics and Scandinavia. And when the fuel is turned back into gas at the facility, it can also be injected into the grid.

Germany’s unprecedented shift toward renewables has put gas back in focus as a backup source. Generating power by burning the fuel is profitable again after four years of losses until 2016, according to Bloomberg calculations.

For Brunsbuettel to go ahead, there would need to be a long-term commitment to gas by Germany, according to law firm Baker Botts LLP, an adviser on more than 120 LNG deals globally.

The government last year assigned gas a crucial role in meeting its climate goals. The Federal Ministry of Economy and Energy supports private initiatives for the nation’s first LNG terminal, including the current efforts in Brunsbuettel, it said by email. The partners received European Commission approval in July for the joint venture.

With Germany’s own fields almost exhausted, the renewable revolution and decline of nuclear has played into Russia’s hands. Germany is the biggest client of state-run export monopoly Gazprom PJSC, with deliveries starting in the 1970s, and Russia is planning a second direct link. Some gas that’s imported into Germany by pipelines from Russia and Norway is shipped on to other nations.

Terminals in northwestern Europe are not used at their full capacity as pipeline gas is cheaper and rising demand in Asia is pulling away cargoes. That hasn’t put off some nations from Greece to Croatia from expanding in LNG as a means to diversification. Russian flows have in the past occasionally been limited or even disrupted during disputes with transit nation Ukraine.

Lithuania, which has said it paid the highest price for Russian gas in the European Union, got a 23 percent discount on Gazprom’s supplies just before opening the nation’s first LNG terminal, named Independence, at the port of Klaipeda in 2014.

“LNG is a fantastic option for countries to build a real option for gas competition,” Jason Bennett, a Houston-based partner at Baker Botts, said by phone. “The existence of a terminal creates lower gas prices through competition, whether or not LNG is imported. Look at Lithuania.”