More than 4 billion people are not connected to the internet today, representing a huge opportunity for both development and business. Bridging the ‘digital divide’ for these un-networked billions requires affordable and reliable access to electricity. Power is a crucial element at all stages of providing internet access: from running backhaul services to the core of the network and base stations to powering the devices that consumers use to get online. Yet, across much of the developing world, reliable electricity remains expensive and hard to get.

This is a shortened version of a report written in collaboration with Facebook. To read the full report, click here.

Powering the consumers of new connectivity

Without access to electricity in the home, connecting to internet services is a significant challenge, primarily due to the difficulty and cost of device charging. Even though people might live in communities covered by 3G networks, their smartphone use will be limited if they lack electricity at home. Off-grid consumers travel up to 15 kilometers per week to charge their phones at small kiosks. Depending on the location, kiosk charging can constitute over a third of the total cost ($2-7 per month) of owning an internet-capable device, and a significant portion of household income. Such conditions make daily charging prohibitive and curb smartphone ownership and use. 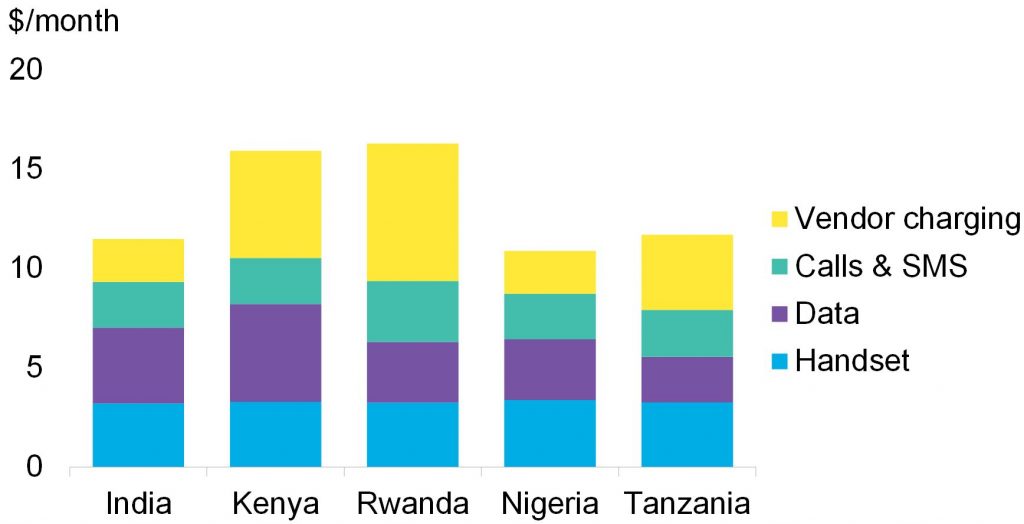 Small-scale PV and storage have started to gain traction as primary energy sources for remote infrastructure and communities, particularly when innovative financing structures bring them to market. The critical components for such systems are rapidly becoming cheaper. Energy access companies are using these technologies to power connectivity with various business models, from small portable solar kits for individual households to village-scale micro-grids that can power local businesses and cellular infrastructure. 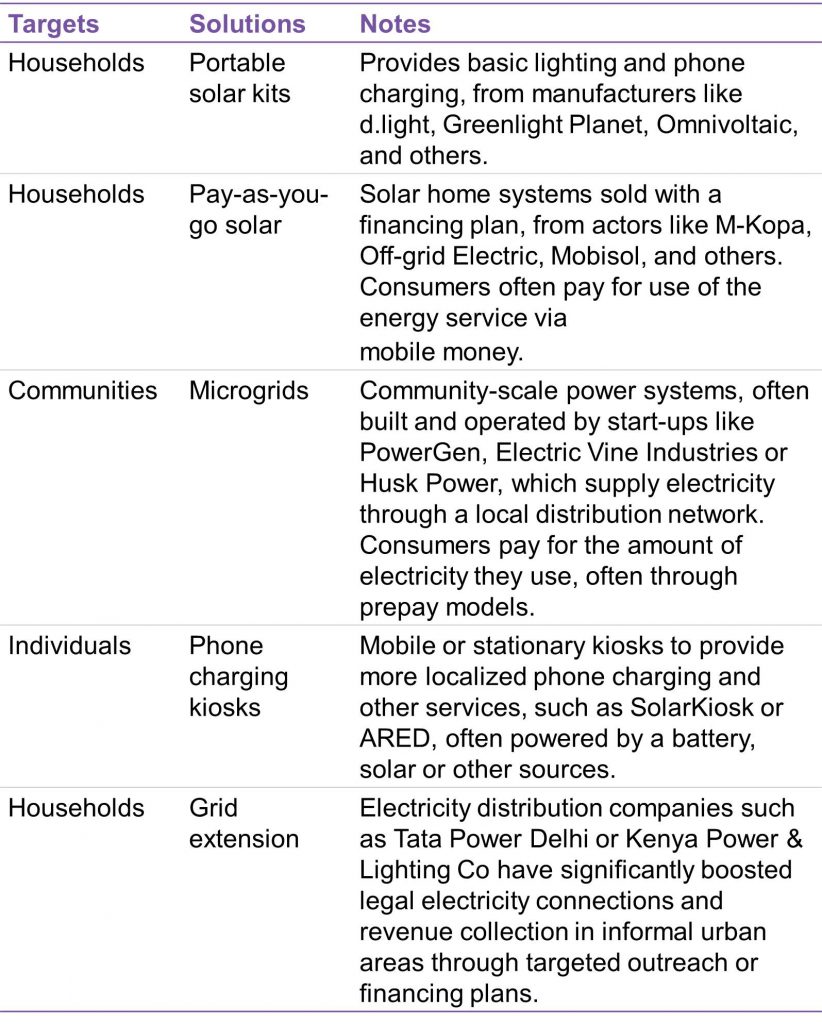 Expanding a cellular network typically requires the construction of new towers for the base stations that connect mobile phones to the wider network. However, in remote areas, towers need expensive power and generate limited revenue due to low population density. A combination of cheaper, distributed solar-powered energy for conventional cellular infrastructure, and smaller, more efficient base stations designed to plug coverage gaps in the main network could reach more people at lower cost.

More than a million cellular towers in developing countries are off-grid or have at best extremely unreliable grid supply. These towers typically rely on diesel generators for primary power during large parts of the day to avoid interruptions to the mobile network.

Composed of a mix of solar, diesel generator, and batteries, hybrid power systems can save MNOs or tower operators up to 54% of the energy cost for an off-grid tower that a conventional diesel generator would incur.

A combination of technological advances and innovative business models now provide alternative approaches to powering connectivity at the ‘last mile’. There are plenty of opportunities for both large companies and start-ups to make the most of them. Partnerships between telcos, energy companies and start-ups on innovative business models, alternative communication infrastructure and early stage venture capital can drive energy and network connectivity for billions of people.