Zurich and London, January 24, 2019 — A combination of high electricity tariffs, falling PV prices and a lack of reliability in the grid is spurring sales of on-site solar to business customers in Sub-Saharan Africa. This is the conclusion of a new report by research company BloombergNEF (BNEF), commissioned by responsAbility Investments AG, assessing the potential of commercial and industrial solar opportunities in the region. 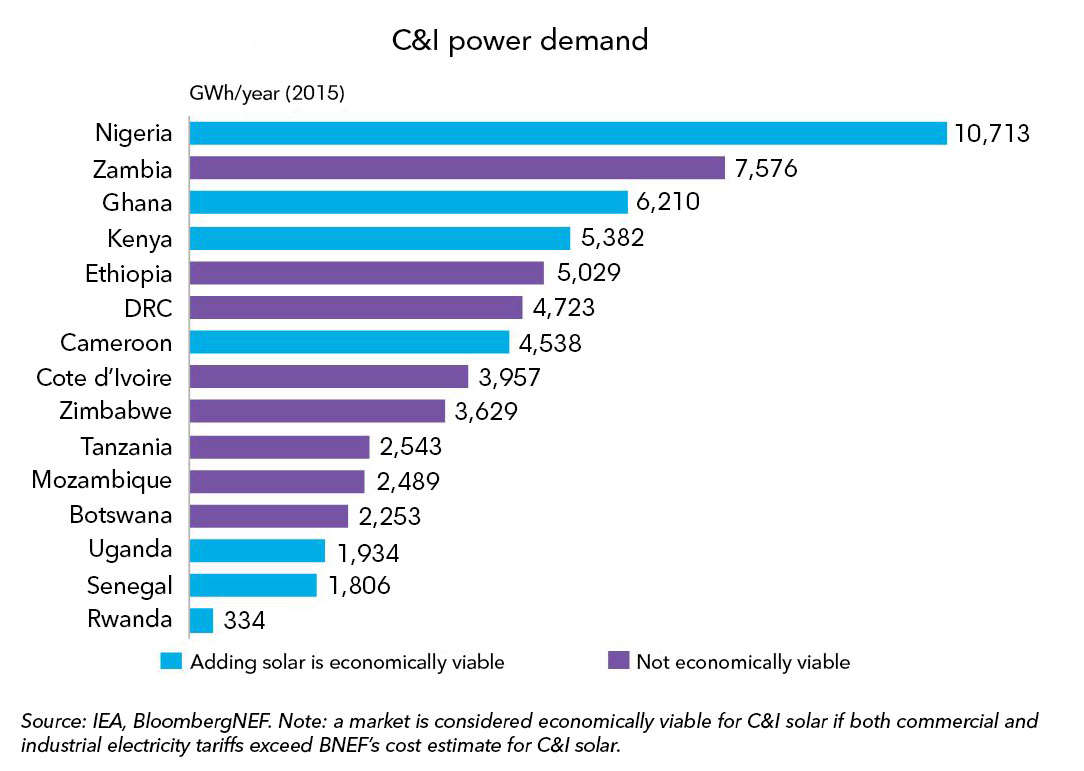 According to the authors, the financial sector has yet to take on a major role in providing funding for C&I solar systems. So far, most business customers have bought systems for cash, without using third-party finance. There are, however, big opportunities for specialized financiers in the region to do more.

Antoine Prédour, head of energy debt at responsAbility, underlined: “Electricity outages are commonplace across most of Sub-Saharan Africa. When the grid is out, customers must either shoulder high opportunity costs from lost sales or manufacturing output, or resort to much costlier backup power, usually from diesel. This is where financing solar installations can contribute to climate change mitigation by replacing fossil fuel.”

responsAbility, in cooperation with the dedicated climate fund it manages, and the Swiss State Secretariat for Economic Affairs (SECO), commissioned BNEF to identify and assess potential target markets for C&I solar in Sub-Saharan Africa. Following a desk-based regional study that identified three high-priority markets, BNEF conducted interviews with 36 stakeholders in those markets. Overall, stakeholders are optimistic about the future and BNEF expects 2019 to be a record year for the C&I industry.