The renewable energy industry employed 9.8 million people last year, up 1.1 percent from 2015, led by the solar photovoltaic business, according to the International Renewable Energy Agency’s annual report on the industry.

Growth has slowed in the past two years, while the solar photovoltaic category, with 3.09 million jobs, and wind business more than doubled their respective employee numbers since 2012, the first year assessed, IRENA said in the report.

“The nature of jobs is changing a little bit, with more emphasis on the installation, operational and maintenance side,” Adnan Amin, IRENA’s director general, said Wednesday in an interview in Abu Dhabi. “That doesn’t grow as fast as the growth in manufacturing, which was very quick because the technology cost was coming down and you had this huge explosion in equipment.”

Jobs will continue to grow in developing countries, especially in Asia, he said.

Here are some of the highlights from the report:

Global renewables employment has climbed every year since 2012, with solar photovoltaic becoming the largest segment by total jobs in 2016. 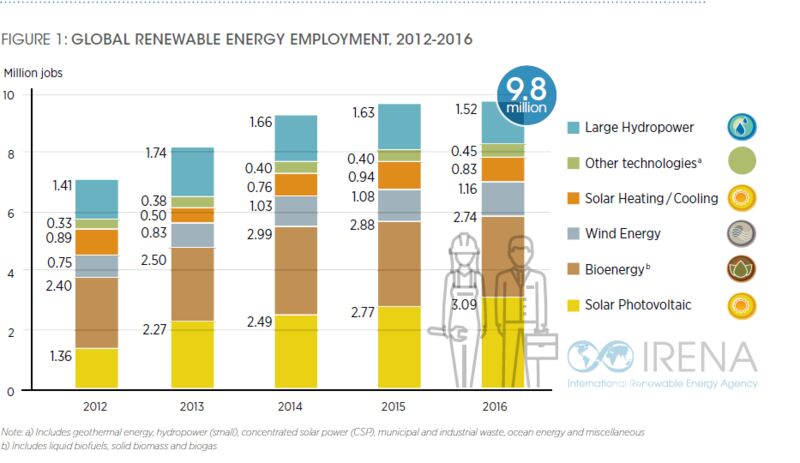 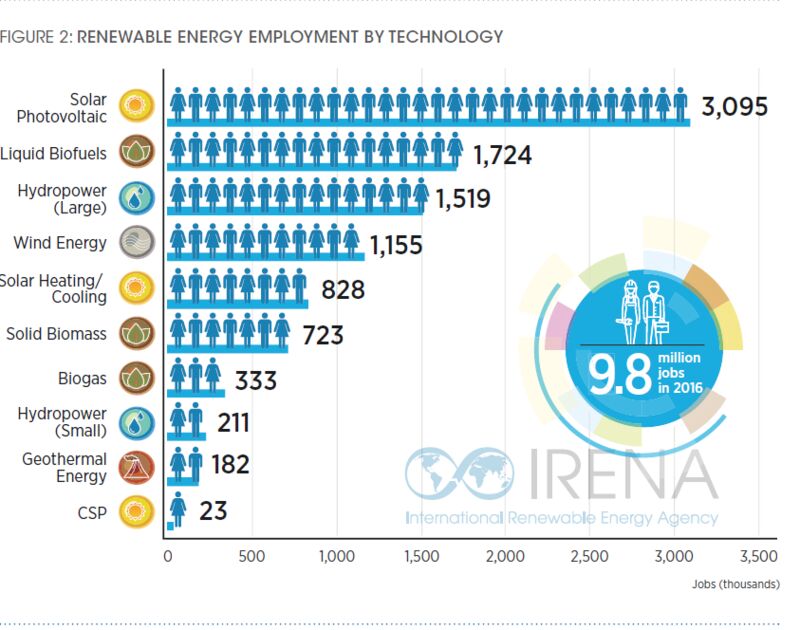 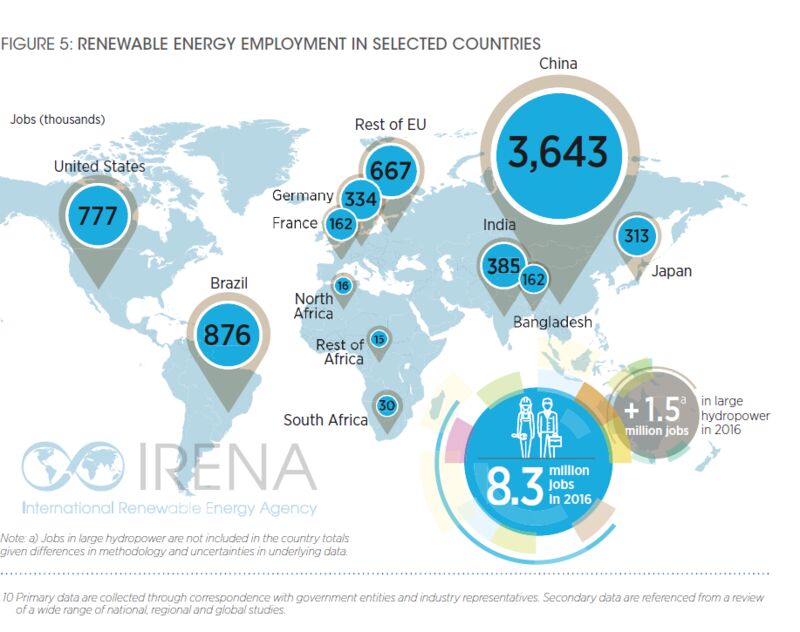