Solar panels have proliferated in the Golden State, flooding the grid with power supplies in the middle of the day when the sun’s out — and then quickly vanishing after sunset. This has created a sharp curve in California’s net-power demand that’s shaped like a duck. And the so-called duck curve is getting steeper every year, sending wholesale electricity prices plunging into negative territory, forcing generators offline and making it increasingly difficult to maintain the reliability of California’s transmission lines. 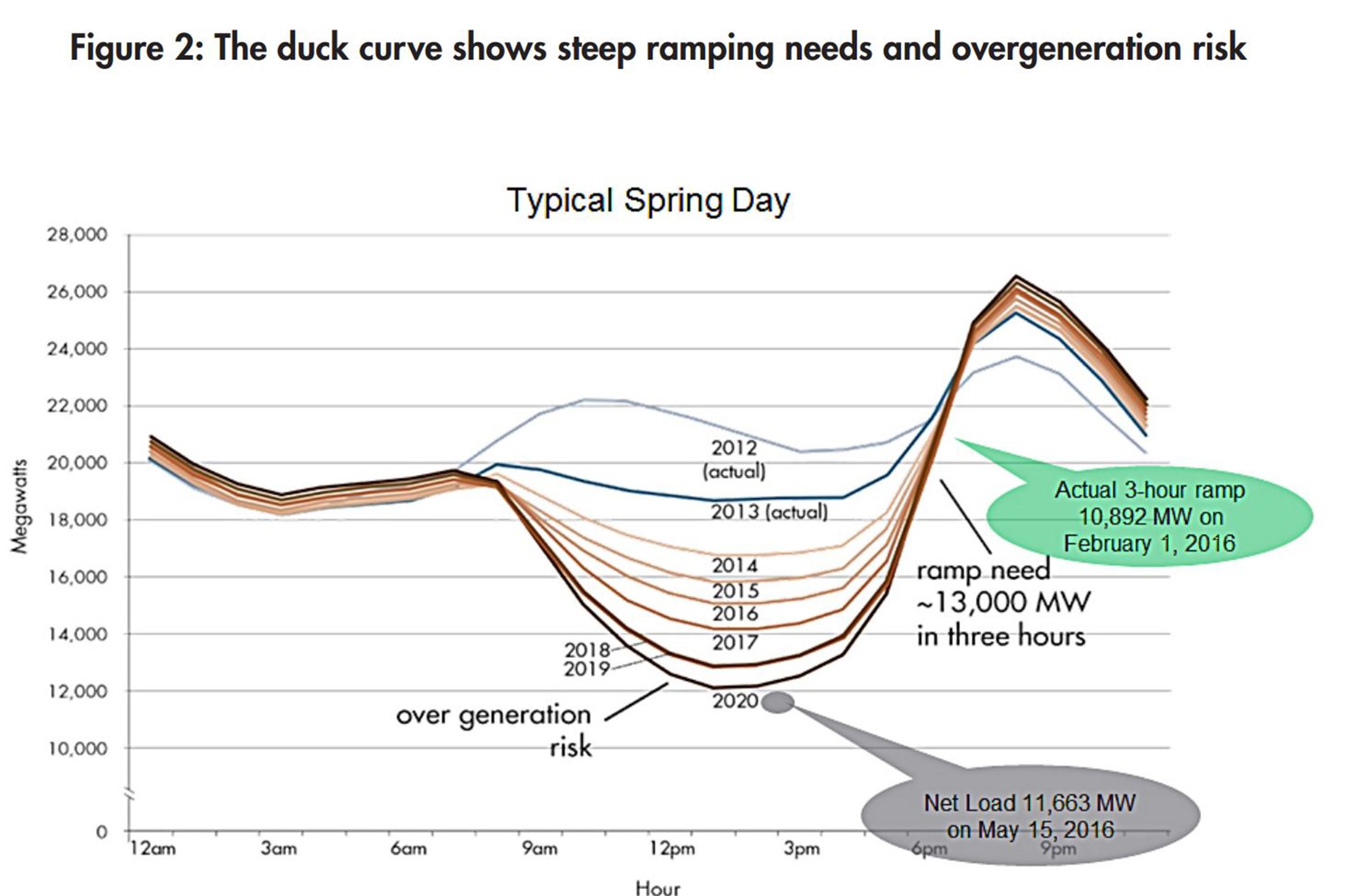 First Solar Inc. Chief Executive Officer Mark Widmar thinks he has a solution: change the way solar farms are paid. If the state’s utilities compensate them for shutting generation when the grid doesn’t need it and providing power later when it does, he said, farms could use increasingly sophisticated inverters and software controls to adjust. They’re only running full bore right now, he said, because their contracts with customers encourage them to produce as much energy as possible, he said.

“They just want you to pump out as much as you can,’’ Widmar said Wednesday while attending a symposium organized by grid manager California Independent System Operator Corp. in Sacramento. “Some contracts penalize you for under-generation.”

First Solar is in a position to know. The Tempe, Arizona-based company has about 3.6 gigawatts of solar generation in California. It could apply a meaningful brake on afternoon generation.

Widmar said First Solar has been talking to state officials about creating this new type of contract that would pay solar generators for producing less midday and sending the power out later in the afternoon as demand ramps up. “What we are trying to propose,” he said, “allows you to capture the inherent value that solar could create.”