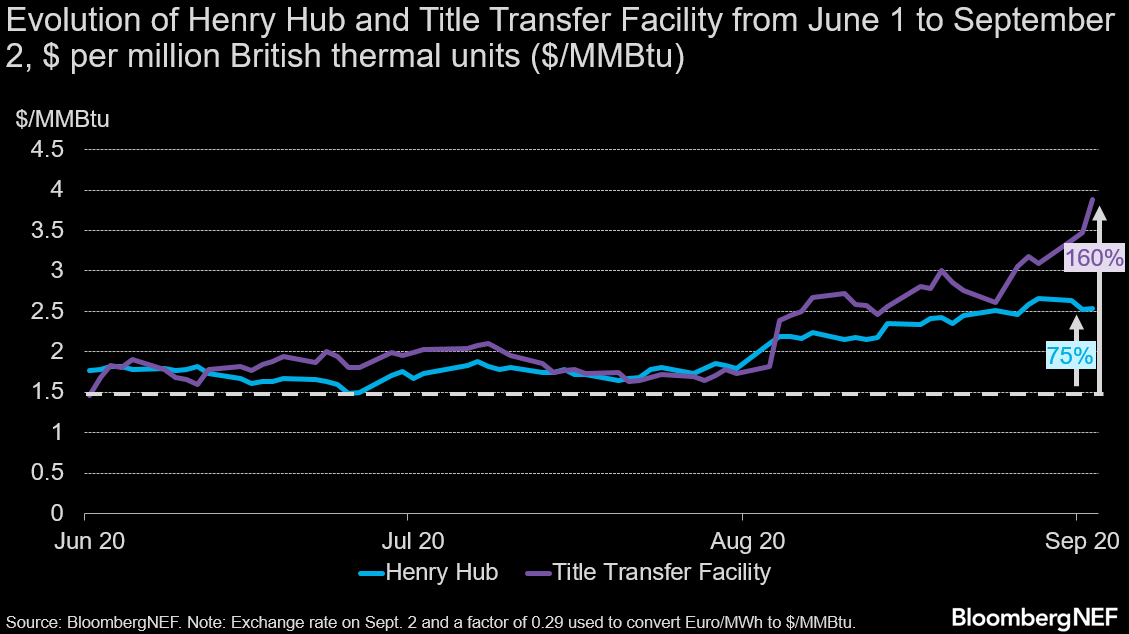 The volatility seen between June and August is the manifestation of a 180-degree swing in market sentiment. During the middle of the summer, the market expected much of the shut-in associated gas production to return, flood the market with supply and push end-of-season storage beyond historically demonstrated capacity. We at BNEF wrote about this extensively in our U.S. Gas Monthly Series.

As time wore on, it became less likely that production would return to the low-90s Bcf/d range seen in Q1 of this year. Even if production did return by August, there was not enough time left in the injection season to exceed storage limits. 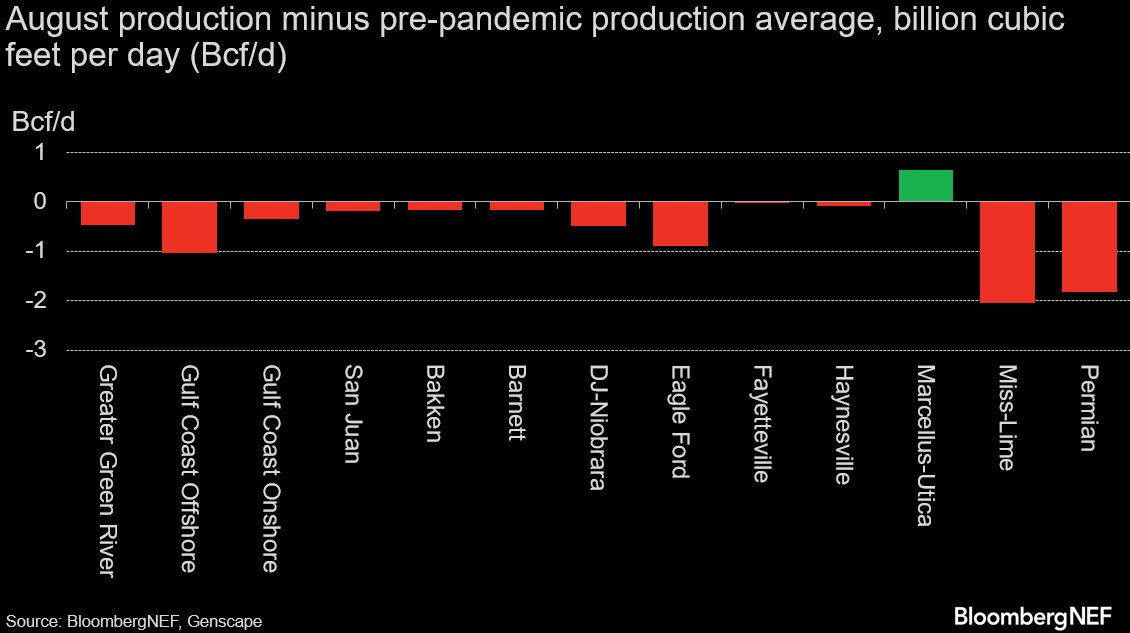 The focus quickly shifted from ensuring we do not breach capacity this summer to the outlook for the next few seasons. As we recently documented in our quarterly U.S. Gas Balances report, the outlook is tight. BNEF anticipates the market ends winter 2020-21 at 1.2Tcf and next summer at just 2.8Tcf. 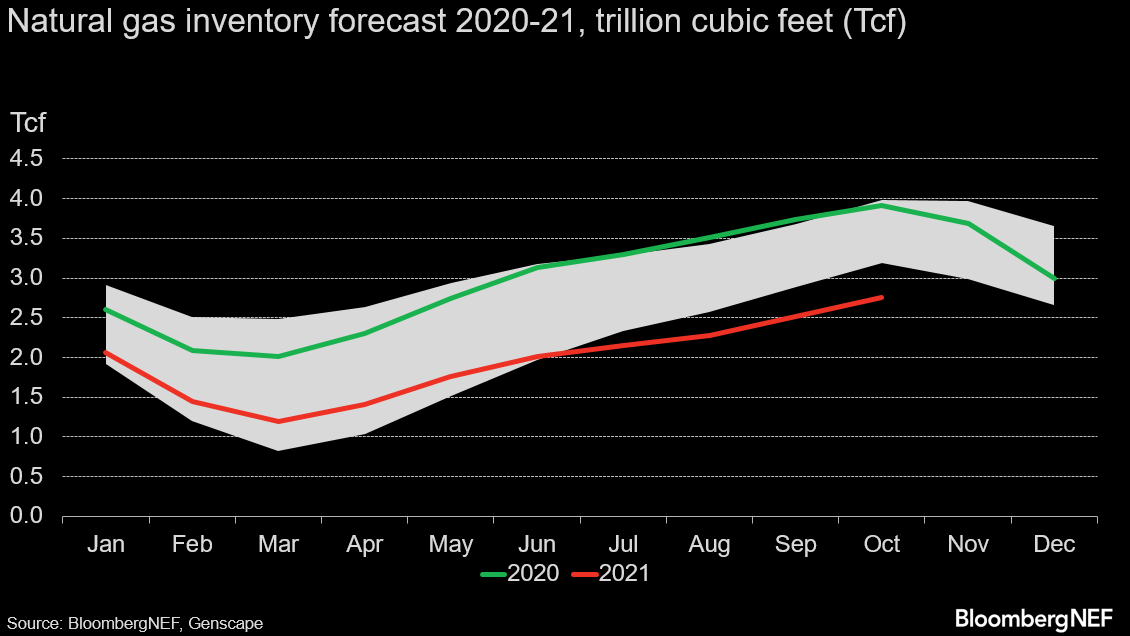 In order to attract more supply next year, spreads shifted to incentivize storing as much gas as possible this summer, without going over capacity. This shift in expectations, from fearing we will breach capacity to needing to store as much as possible, played a major role in the price dynamics seen this summer.

Until this month, it was international gas market fundamentals and not domestic ones that determined the ceiling for this Henry Hub rally. Title Transfer Facility, the benchmark European gas hub, gained 160% to $3.8/MMBtu since the start of June. Short covering in an overly bearish market seemed to trigger the rise, but prices were also impacted by a massive drop in Russian and Norwegian supplies. Our latest Europe Gas Monthly illustrates these dynamics.

Henry Hub rose commensurately to ensure that the netback for delivery to Europe remained negative and LNG exports be muted until summer-end. Netbacks remained negative until the deadline for October cargo confirmations on August 20th. However, since then, we have seen this relationship break down with U.S. cargoes now back in-the-money for delivery across both Europe and Asia. As a result, we expect fewer U.S. LNG cancellations in October versus previously anticipated but have included some in our assumptions given that netbacks were negative at the delivery deadline. 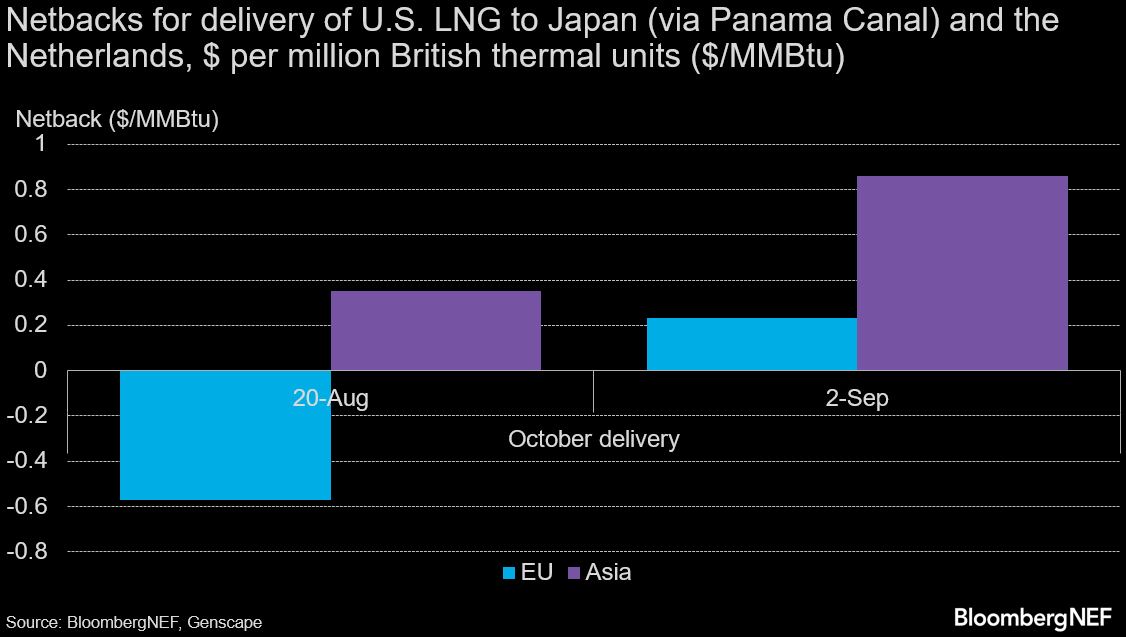 Weather also played a supporting role in price movements. July 2020 was one of the hottest months on record and August, too, saw above normal temperatures. This inflated demand at a time when the market was trying to store as much gas as possible.