Cie. Maritime Belge SA has built the first commercial ship that runs on hydrogen and produces zero pollution, taking the world a step closer to cargo without emissions.

The Hydroville passenger shuttle can operate on compressed hydrogen as well as regular fuel oil, according to the Belgian company. The ship was recently certified to operate as a seagoing vessel by Lloyd’s Register. CMB will expand the technology to engines on cargo ships after initial testing. 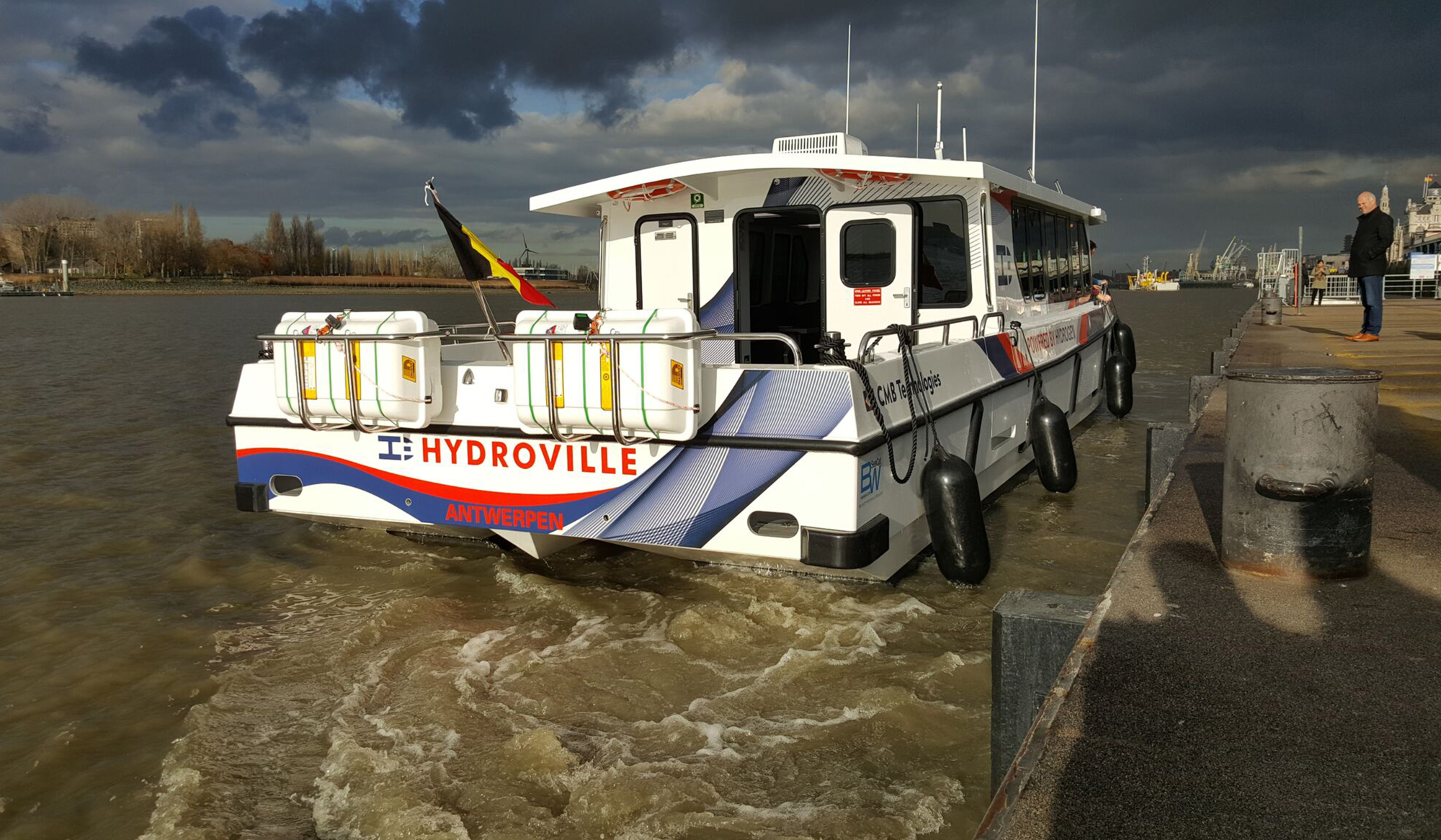 “The potential for hydrogen worldwide is huge,” said Alexander Saverys, chief executive officer of Antwerp-based CMB, in a phone interview. “The boom in renewable energy gives a real opportunity to produce hydrogen in a cheap way.”

Pollution from the trillion-dollar shipping industry is still loosely regulated. While it’s estimated to produce as much as 3 percent of the world’s emissions, it wasn’t included in the 2015 Paris climate agreement. Ships almost always burn heavy fuel oil, one of the dirtiest and cheapest forms of energy.

Oversight on shipping emissions is about to change, however, as the International Maritime Organization, a United Nations agency, is set to impose from 2020 stringent new rules that limit the amount of sulfur emissions from ships. There are also talks about adding a carbon tax.

“There’s a very strong commitment to decarbonize shipping from powerful countries such as China, Japan, and a group of European nations,” said Tristan Smith, a lecturer at University College London’s energy institute and a former naval architect. “Hydrogen is one of the most cost effective ways to do this. It’s proven, it works in the energy system and it’s easy to combust in ships.”

While other forms of transportation that are leaning toward batteries such as electric cars and trucks, cargo shipping is simply too energy intensive for that to be an option.

“Even with the world’s biggest battery, we wouldn’t even be able to sail a full day,” said Roy Campe, research and development manager at CMB. “Our trips usually take two or three weeks.”

Converting a ship to burn hydrogen is a relatively simple retrofit, according to Campe. The company has spent “single-digit millions of dollars” to develop the technology and estimates it would cost about $20 million for a small cargo vessel.

CMB’s long-term goal is to make a ship that is both emissions-free and cheaper to operate than ordinary vessels. Saverys expects the cost of hydrogen to fall as renewables multiply and believes this would allow him to halve the cost of ship fuel in about a decade.

CMB currently sources its hydrogen from the chemicals industry but wants to get the element through electrolysis powered by renewables in the future. It currently costs about 19 euros a million British thermal units, a metric used to measure gas, to produce the element from a combination of renewables and grid power in Germany, Bloomberg New Energy Finance estimates.

“The price of renewable hydrogen generated from electrolysis is likely to fall as electrolyzers become cheaper due to economies of scale,” said Claire Curry, head of emerging technologies analysis at BNEF. “The cost of generating renewable power like solar or wind is also falling, which could provide a lower feedstock cost to the electrolyzer, resulting in lower hydrogen production costs.”

CMB’s next step will be to use hydrogen in an operational cargo ship’s auxiliary engines, as it carries 25,000 tons of containers between Antwerp and Russia. These produce power for the cranes that move the containers, the living quarters of the crew and other electronic systems on board.

Running the auxiliary engines on hydrogen instead of fuel oil would reduce the ship’s emissions by as much as 10 percent, according to Campe. The company will start testing the fuel in the ship’s main engine by 2019, if all goes well.