Paying for tax reform is easy—as long as the White House and Congress don’t mind fixing climate change at the same time.

That’s the counterintuitive pitch of Robert Litterman, a financial economist who became famous on Wall Street in the 1990s for co-inventing a method (PDF) for allocating assets within a portfolio. He went on to become Goldman Sachs Group Inc.’s top risk manager and then led its quantitative asset management investments until he left in early 2010. Today, he’s the chairman of the Risk Committee at Kepos Capital.

A funny thing happened when Litterman decided, around the time he left Goldman, to apply basic tenets of Wall Street risk management to climate change: He came to the conclusion that taxes on greenhouse gas pollution should be higher than anything proposed or enacted almost anywhere in the world, and he decided to make it his mission to push for that unlikeliest of outcomes in the U.S. 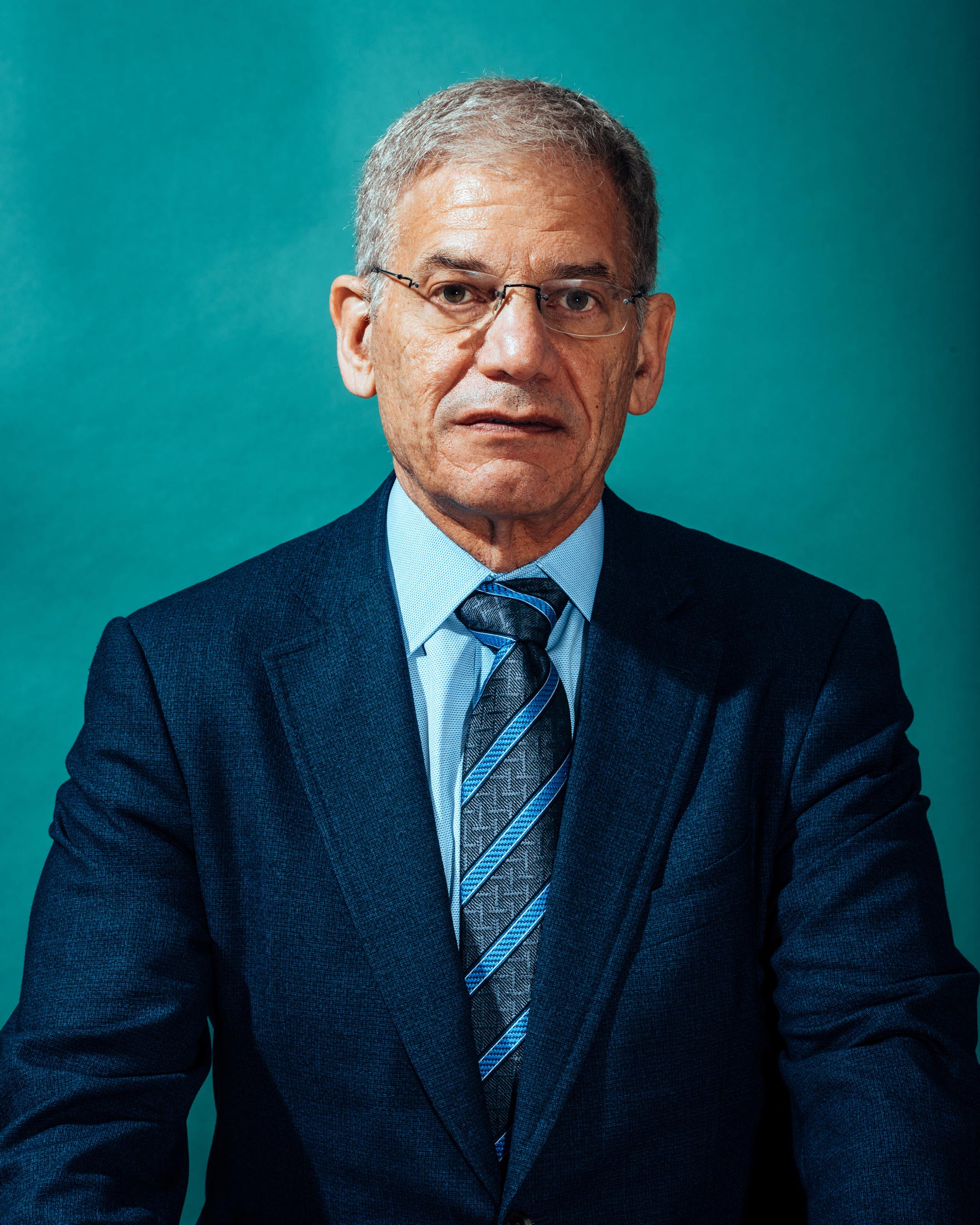 As Washington scrutinizes House Republicans’ new tax package, Litterman, 65, and his allies on both the left and right are pushing for a new carbon policy. It could be what Washington calls a “pay-for,” a way to offset tax cuts by increasing government revenue in other ways. A $25 per ton carbon tax would go a long way—almost $1 trillion over 10 years, according to the Congressional Budget Office—toward balancing out the cost of reforms. Congress has approved a 2018 budget resolution that allows room for enough tax reform to increase the federal deficit by $1.5 trillion over 10 years, not accounting for growth sparked by the changes.

Yet, to call a carbon tax dead on arrival would be an insult to dead things, since they have spent at least some time being alive. The new congressional tax proposals mention nothing of the sort. The ideas in the Republican plan include cutting the corporate tax rate to 20 percent, shedding the complexity of deductions and repealing of the Alternative Minimum Tax, which snares increasing numbers of Americans into paying higher rates.

These issues don’t move Litterman the same way a carbon tax does. The most consequential thing tax reform can do, he believes, is to bring energy prices in line with the damage fossil fuel pollution is doing—and is projected to do—to general conditions for life and business worldwide.

“If you price things appropriately, people will make the right decisions,” Litterman said. “They’ll do the right thing.”

When a risk manager gets interested in climate change, he notices things that others might not. Litterman became incredulous about a decade ago when a friend explained to him that economists who work on the issue often fought over how to estimate the economic damage, in dollars, from a ton of carbon dioxide.

It’s a an arcane problem, both difficult to compute and pivotal to get right. Think of the price of a ton of carbon dioxide as the fulcrum on which economics and pollution-cutting goals must balance. Climate economists commonly refer to the “social cost of carbon” as the most important number no one’s ever heard of. If it’s too low, prices won’t reflect the actual damage climate change is expected to inflict in the long-term and is already doing today. If it’s too high, prices might harm economic growth without any environmental benefit. 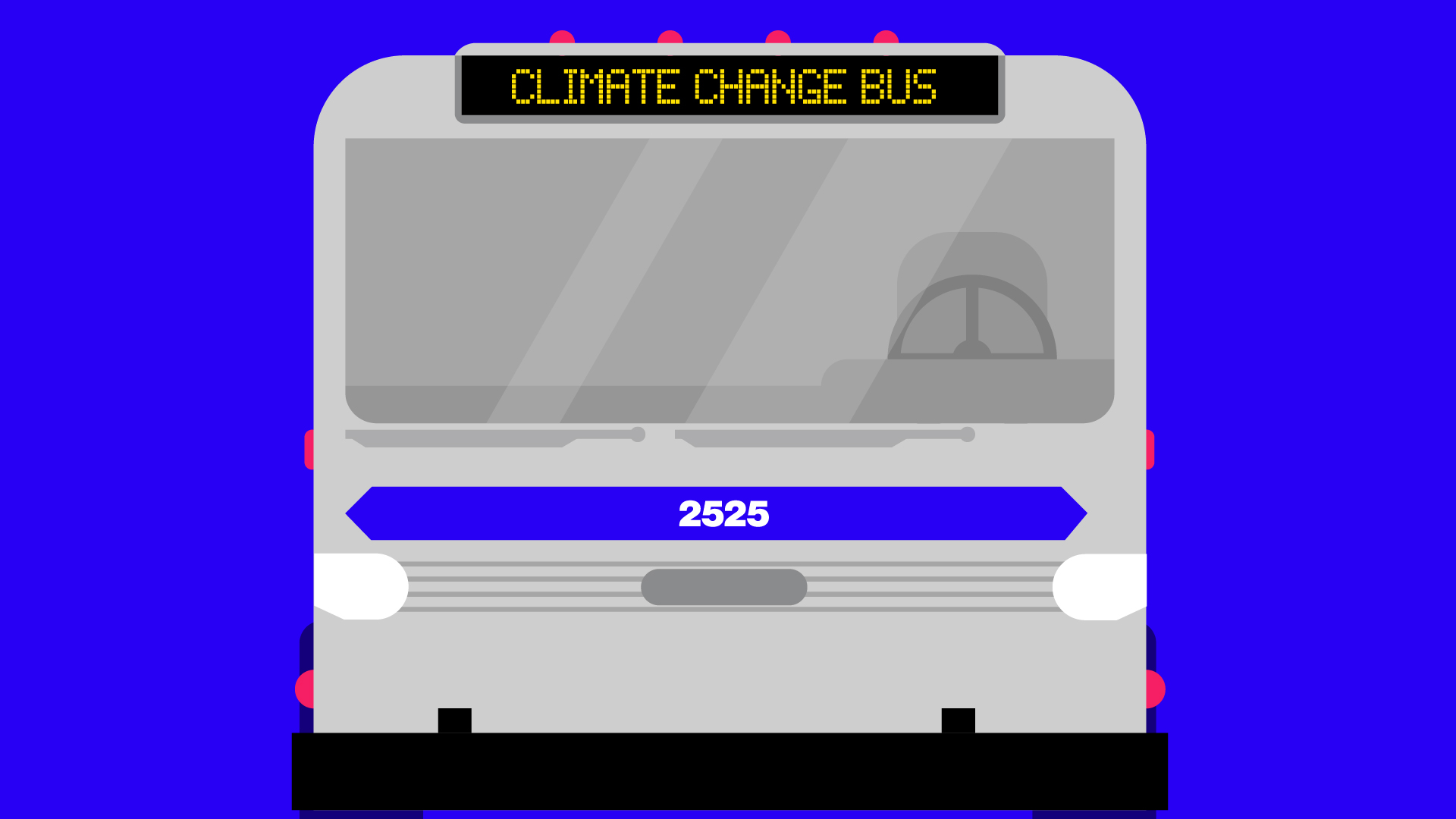 How to Hit the Brakes on Climate Change

Despite years of debate, governments and companies have yet to converge on a single price tag for what a ton of pollution costs. Levies currently enshrined in law, based on research from inside and outside government, range from $3 a ton in Mexico to $130 a ton in Sweden. U.S. resource economists commonly price a ton of carbon from $30 to $40, as did the Obama administration. Using different starting assumptions, President Donald Trump’s Environmental Protection Agency last month put forward a cost of roughly $1 to $5 as part of its effort to repeal (PDF) Obama’s Clean Power Plan.

Close to 1,400 companies (PDF) also track—or are planning to track—what a carbon-tax policy would cost them so their financial officers aren’t overwhelmed if, or when, a carbon tax materializes. Political and economic concerns play at least as important a role as the economists’ models. 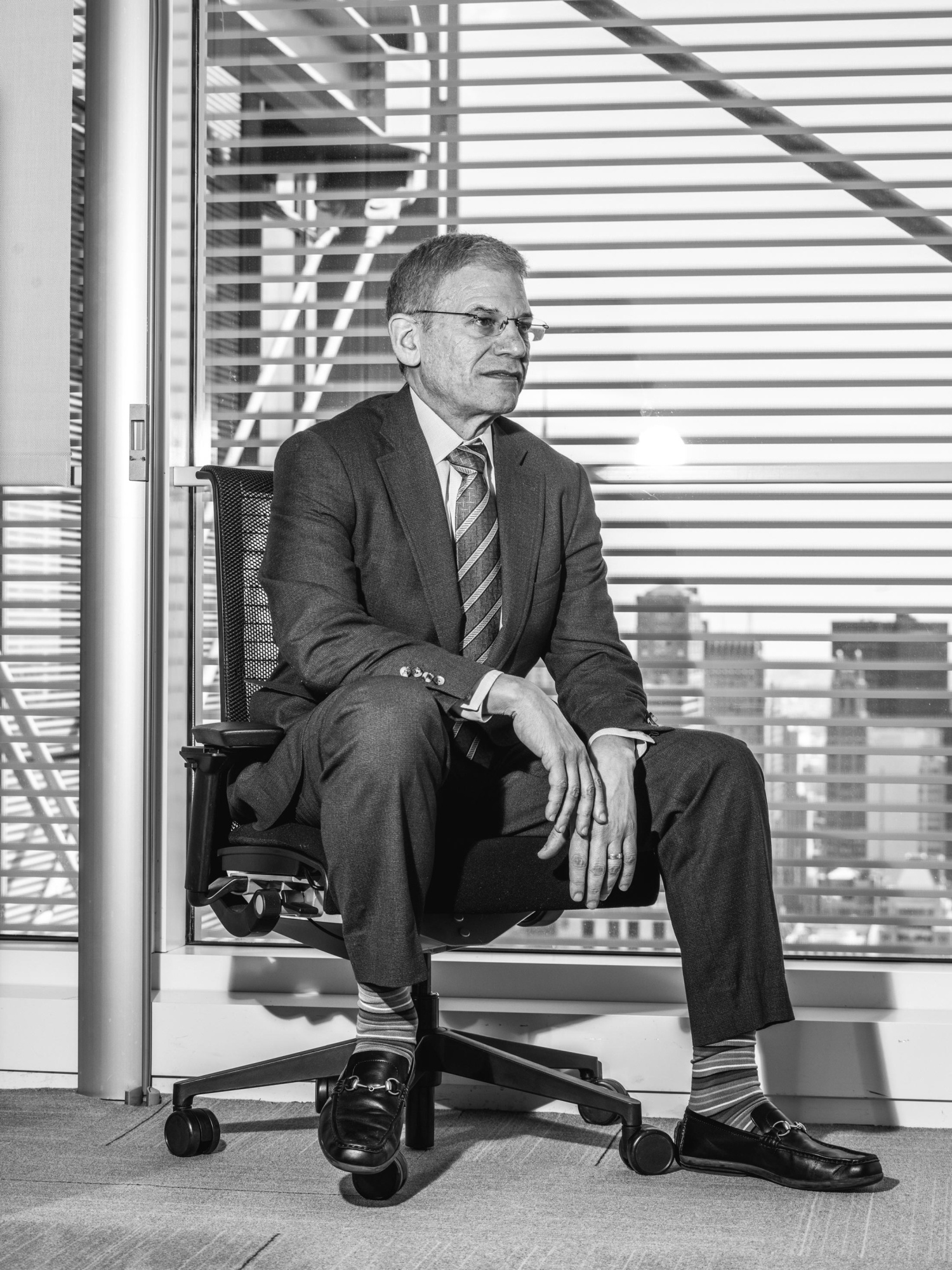 After conducting his own assessment, Litterman concluded that the economists were doing it wrong. They were under-playing worst-case scenarios, which are a critical input for professional risk assessment in any field. The mistakes governments are making today in underpricing climate risk is akin to those of the financial sector in the mid-2000s, shortly before bad mortgages nearly destroyed the financial planet.

Uncertainty about worst-case scenarios, coupled with the risk-aversion people demonstrate in financial markets, add up for Litterman to an immediate, high CO2 price, which might decline as the energy system cleans itself up.

“It’s when I realized it was an asset-pricing problem,” Litterman said. “The approach that the economists have taken did not take in modern asset pricing.”

Climate change is an unusual asset-valuation problem, one defined by an absence—space in the atmosphere to hold emitted carbon dioxide and other heat-trapping gases. But the basics of analysis still apply.

First is risk per se, the probability that any particular bad thing may come to pass. Risks can be quantified based on historical data, and measures can be taken to mitigate against them. Financial economists know enough about risk to calculate its effect on prices. The risk of a stock or portfolio is a function of its past performance relative to the market. There are many different kinds of quantitative risk, from fire-insurance underwriting to medical-error reduction in hospitals.

It just doesn’t always show up in how bills become laws.

Then there is uncertainty: the expectation that unexpected things will happen. When decision-makers don’t know how much wiggle room they have on a problem, the cautious thing to do is avert the worst-case scenario through higher prices. That’s why uncertainty demands a very high premium, Litterman said: It’s why pollution is really expensive now, though not reflected in market prices, and why its price might taper as emissions do.

People traditionally demand very high returns to take on systemic risks with high uncertainty, said Jerry Taylor, president of the libertarian Niskanen Center, whose thinking on climate change was significantly influenced by Litterman. The long-term difference between returns in equities and bonds can be understood as a strong signal of risk aversion—investors typically are willing to pay more, or to see less of a return, from safer investments.

Uncertainty about the scale of bad news is exacerbated by uncertainty about its timing. When a potential problem looms, nobody has any idea when the clock has stopped. With climate change, it’s even more difficult to say with precision how much time there is to wind down fossil fuel pollution. “If we wait until your mind is changed about the seriousness of this problem, it’s too late,” Taylor said. “By that point, we can not effectively act.”

As a financial economist and risk manager, Litterman expects the world to make rational sense and is troubled when it doesn’t. Incentives drive resource use. Resource use has destructive side effects, which are there whether prices capture them or not. Litterman refers casually to free atmospheric dumping of carbon dioxide as “a bug in the tax code.”

Fix the tax code, he argues, and we can save the planet.

The main problem with Litterman’s logically sound, upbeat analysis is the real world. A carbon tax would be difficult to pass in any political climate. Even if there were a congressional appetite for such a tax, it would be difficult to combine Wall Street risk- and uncertainty-pricing logic with federal cost-benefit analyses. There’s a methodological divide over how to define the problem.

If there are other former Ph.D. economist, investment bank risk managers-turned-quant investors traveling the country talking up carbon pricing, they’re not speaking loud enough. Few, if any, have the intellectual shrewdness and modest demeanor to match Litterman’s answer to this question: What is the strongest arguments opponents use against you in climate debates?

“There is no argument against it,” he said.

Yet little has happened. 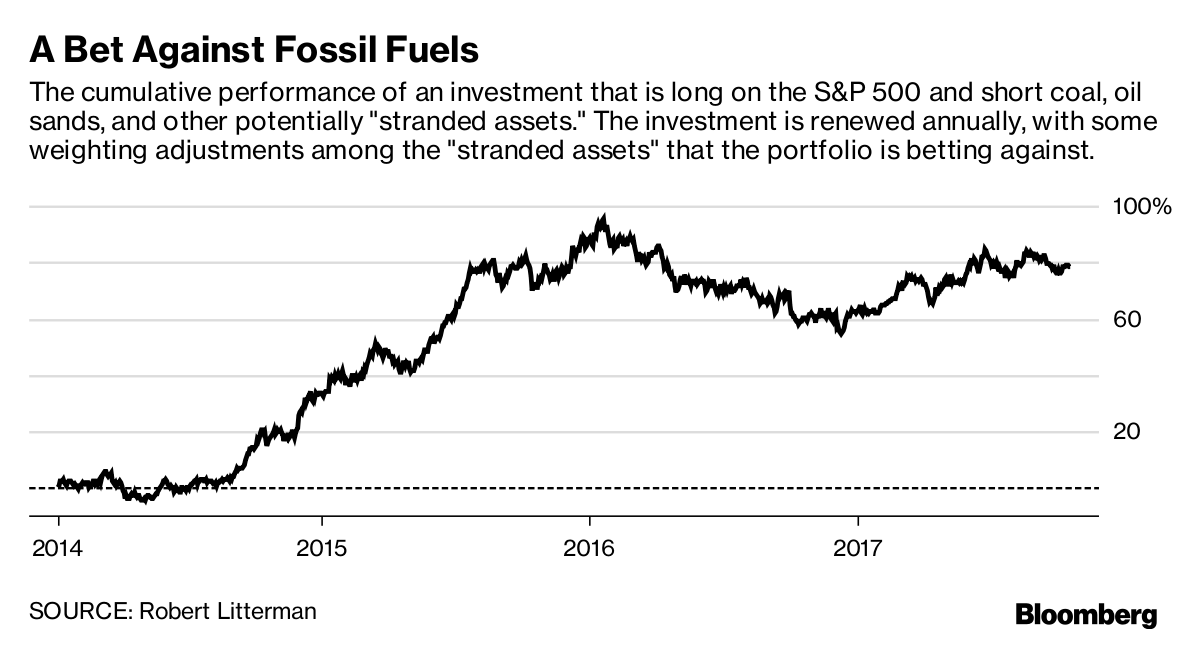 For the last several years, Litterman has been betting that fossil fuel stocks are slowly on their way down. He developed an investment vehicle in conjunction with World Wildlife Fund (WWF), where he is a board member, that goes up when fossil energy companies’ stocks go down. He renews a version of the “stranded assets total return” swap every year for his own personal use, via Goldman.

The first year, 2014, the swap was long on the S&P 500 Index and short on coal and tar-sands stocks. Its composition has evolved to include oil exploration and production, as well as a more targeted list suggested in a June analysis by the U.K. research group Carbon Tracker Initiative, Principles for Responsible Investment, and others.

Litterman gets alerts on his phone as to how the swap is doing: intraday updates on a generation-long bet. It was up in early 2016, after 196 nations clinched the Paris Agreement. He showed his data that February to fellow WWF board members, who were struck by the hard information to back soft assessments about the effects of the pact. The rest of 2016 was all downhill, bottoming out several weeks after the U.S. elections. Through the spring, it rocketed up in value, growing 18 percent from January through May.

The swap rose in value 3.8 percent the week of Trump’s June 1 announcement that the U.S. would quit the Paris Agreement, amid general market yawning. ​It’s been up this year, although not dramatically.

“We’re going to recognize this for what it is, which is an extremely dangerous risk-management failure,” Litterman said. “That means we’re going to have to price emissions at a high level—globally—very quickly, or much more quickly than people expect.”

Experts can disagree on how high a high global price should be, or if there should be one. No one can disagree that, whatever the merits of Litterman’s climate risk-assessment model, governments are nonetheless pursuing something else.