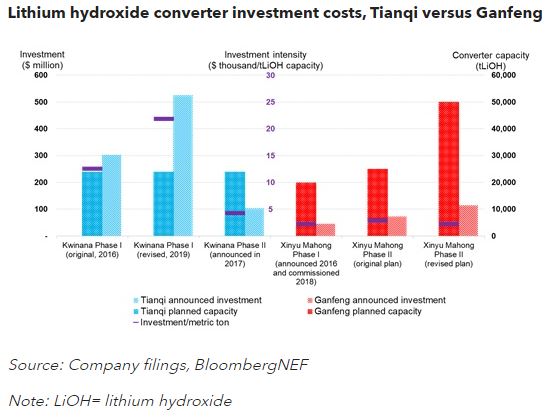 China’s Tianqi Lithium is facing cost overruns and delays at its Kwinana refinery in Australia besides struggling to repay debt. Tianqi’s investment per ton of lithium hydroxide ($/tLiOH) for Kwinana is 10 times higher than a similar converter Ganfeng developed in China.