The cost of renewables is plunging faster than forecasters anticipated just a few years ago as as technologies like gigantic wind turbines arrive on the market.

That’s the conclusion of Bloomberg New Energy Finance, whose founder Michael Liebreich estimated that clean energy will reap 86 percent of the $10.2 trillion likely to be invested in power generation by 2040.

In a presentation to the research group’s conference in London on Tuesday, Liebreich said technology that’s slashing the costs of wind and solar farms makes it inevitable that clean energy will become more economical than fossil fuels for utilities in many places. The most visible advance is in the scale of wind turbines, highlighted by the chart below. 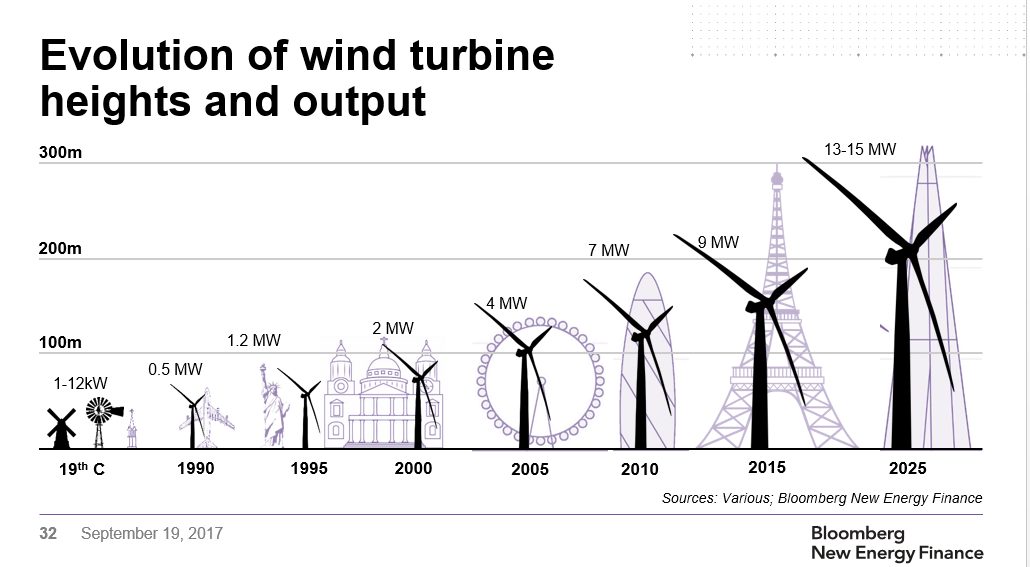 When it started collecting data in earnest in 2004, BNEF already could see a trend toward bigger machines in the wind industry that deliver more spark to the grid. The scale of those turbines will grow with models planned by Siemens AG and Vestas Wind Systems A/S that already are delivering ones with wing spans bigger than the Airbus A380 double-decker jetliner.

The promise of bigger machines early in the next decade prompted developers of offshore wind farms in Germany to promise electricity without subsidy on their next projects.

“One of the reasons those offshore wind costs have come down to be competitive without subsidies is because these turbines are absolute monsters,” Liebreich said. “Imagine a turbine with a tip height that’s higher than The Shard.’’

“The first is when new wind and solar become cheaper than anything else,” Liebreich said. The slide below from his presentation indicates that in Japan by 2025 it will be cheaper to build a new PV plant than a coal-fired power generator. That milestone will be passed in India for wind power by 2030. 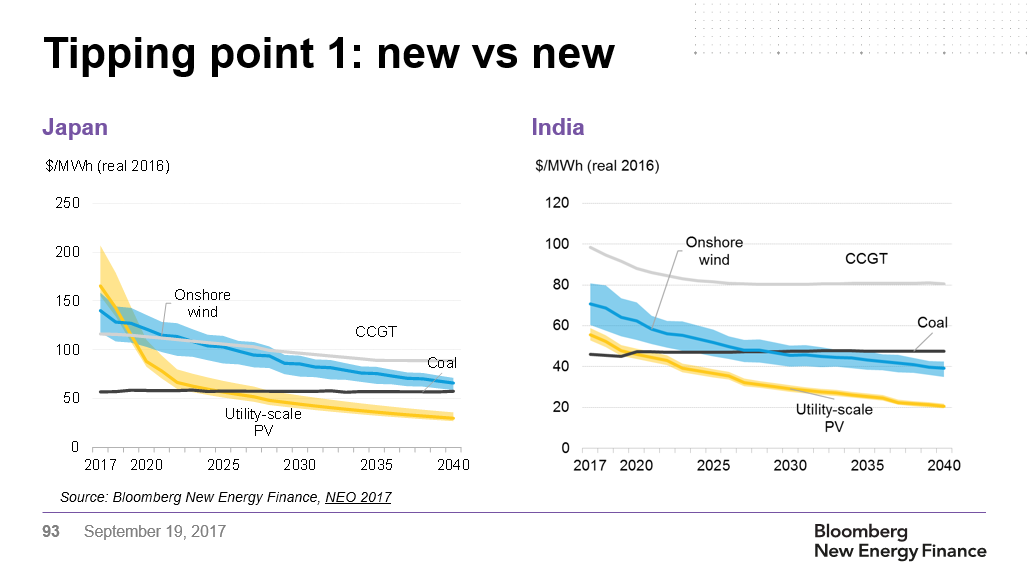 “At that point, anything you have to retire is likely to be replaced by wind and solar,” Liebreich said. “That tipping point is either here or almost here everywhere in the world.”

The second tipping point, a little further off, is when it’s more costly to operate existing coal and gas plants than to take power from wind and solar. The chart below, from BNEF forecasts, indicates that point may arrive in the middle of the next decade in both Germany and China. 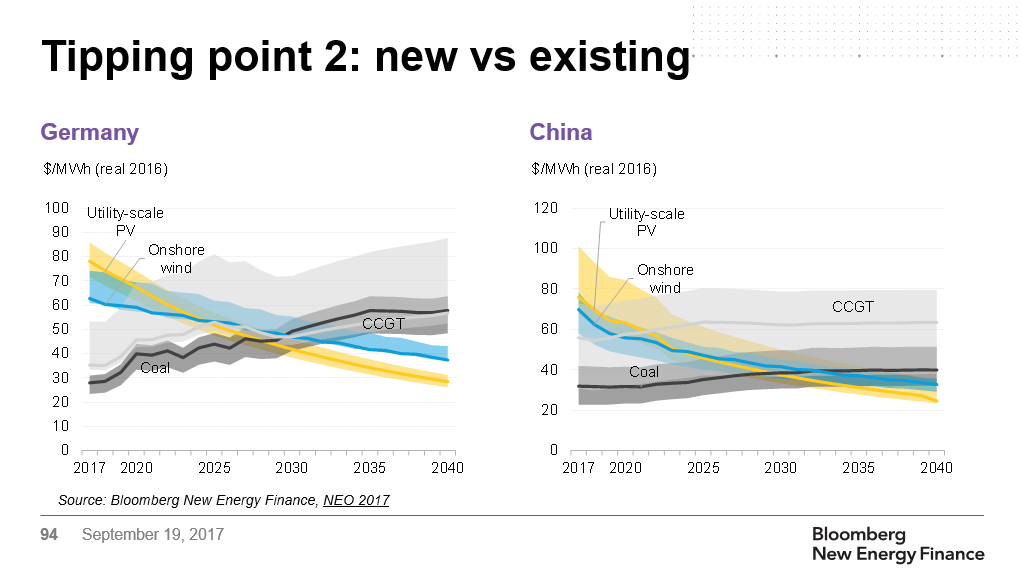 Because energy costs vary widely from country to country, it’s difficult to make firm conclusions about when renewables might be able to overtake fossil fuels on the grid. For example, Brazil relies heavily on hydroelectric dams and France on its nuclear reactors — technologies in much lower use in most other places.

For Liebreich, the economics of wind and solar are becoming compelling enough that it’s unlikely coal be able to hold onto its dominant position in the global power mix no matter what incentives President Donald Trump implements in the U.S.

“This is going to happen,” Liebreich said. “Coal is declining in the U.S. Nobody is going to make coal great again.”