The coronavirus is significantly impacting oil demand in China as travel by road, rail and air across the country has collapsed following the Lunar New Year break. The demand shock has forced domestic refiners to cut their operation rates. State-owned Sinopec may reduce run rates by 20 percentage points, while the smaller independents are operating below 50% utilization. The longer that the epidemic goes on and people refrain from travel, the greater the impact will be on the profitability of Chinese refiners and the global crude balance. By comparison, the SARS outbreak in 2003 caused air passenger numbers across East Asia and the Pacific region to decline by 2.3% year-on-year.

In response to the corona virus, OPEC+ are considering deepening production cuts agreed in December. The current deal curbs supply by an additional 0.9 million barrels per day in 2020, on top of the 1.2m b/d production cut agreed the previous year. Compliance with the OPEC+ agreement was a significant uncertainty in 2019, with overproduction posing a downside risk to crude prices. The impact of the virus and the possible deepening of cuts means that OPEC+ compliance may be an even bigger driver of crude prices in 2020.

A key uncertainty for the oil market in 2020 will be U.S. production. Markets fear a significant slowdown in U.S. production growth, but early signals regarding company production targets and their financial positions indicate production levels will be resilient. Furthermore, BloombergNEF (BNEF) expects 2020 to mark the year in which the U.S. becomes a net exporter of oil and products.

A major drag on crude and product markets in 2019 was weak demand growth in China and India, in particular for diesel. We expect the same narrative to play out in 2020 with Chinese diesel demand buffeted by sluggish industrial growth compounded by the coronavirus outbreak. Gasoline consumption growth is also likely to soften as vehicle sales decline. As Chinese product demand slows, we expect the country’s refiners to increase exports. Indian diesel demand growth will be linked to the pace of implementation of the government’s $1.5 trillion infrastructure plan that was announced at the end of December. We expect it will take time for the fiscal stimulus to impact energy demand. In addition, India’s BS-VI fuel quality standards come into force in April and will weigh on diesel demand growth as several major automakers plan to pause production of diesel cars. 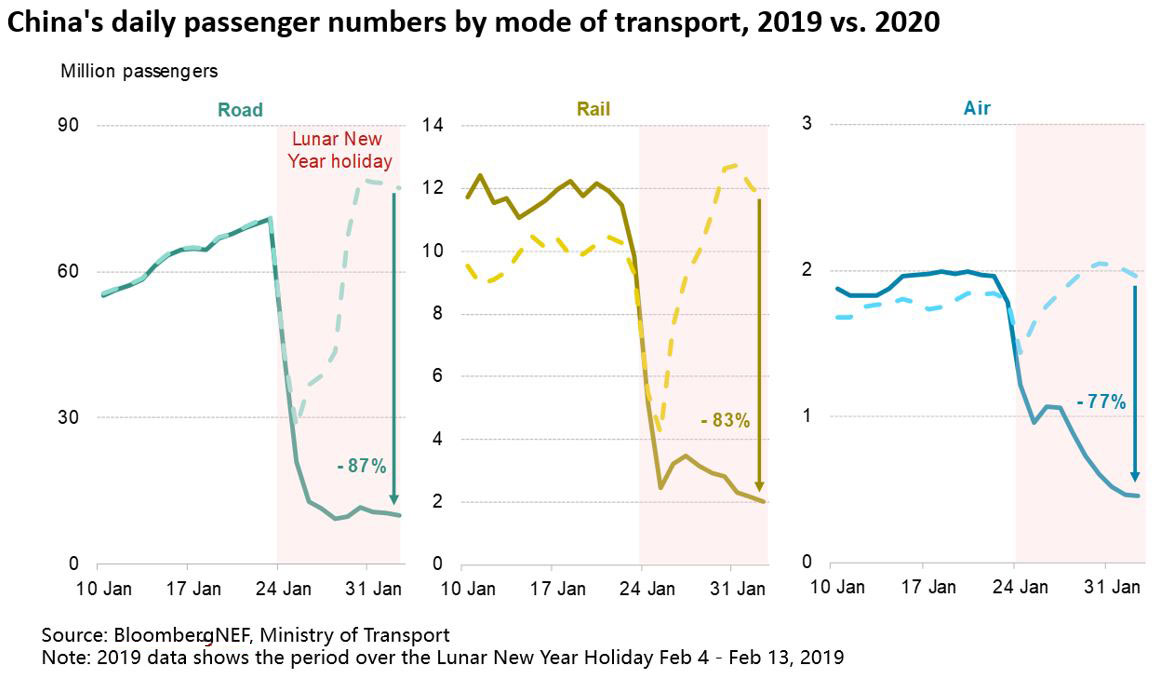 The ‘Phase One’ U.S.-China trade deal goes into effect on Feb. 14. The agreement requires China to import an additional $18.5 billion worth of energy commodities in ‘Year 1’ of the agreement, and $33.9 billion in ‘Year 2’, with 2017 being used as a baseline. To fulfill this condition, we estimate China needs to import an average additional 0.68 million barrels a day of U.S. oil and products in year one, and another additional 1.2m b/d in year two. Growth in feedstock demand by Chinese refiners should be sufficient to absorb the additional U.S. crude volumes. It is also possible for Chinese refiners to replace existing crude supply with U.S. oil to fulfill import obligations. Increased U.S. exports to China could support U.S. crude differentials.

As of January 1, all international shipping must comply with the International Maritime Organization’s new low sulfur specification for marine bunkers. The immediate impact of the new rules has been a collapse in the price of high-sulfur fuel oil and an increase in the price of low sulfur marine fuels. This has bled through into wider sweet-sour crude spreads. As the following months unfold, we expect refiners to respond to the price signal by producing more compliant fuels and for the current dislocations to dissipate as the market adjusts to the new balance across high- and low-sulfur products.