Dong Energy A/S sees delays as driving up costs of working in Germany, board member Samuel Leupold said in an interview in Berlin. Slow completion of a 916-megawatt grid hub stalled the operational start of Dong’s 582-megawatt Gode Wind I and II, which was completed last year, he said.

Most if not all transmission projects in German waters were held up, and this is “shaking investor confidence, no doubt about that,” said Leupold, who is also Dong’s vice president for wind power. He spoke in the German capital after officially opening Dong’s Gode I and II wind facilities on Monday.

While offshore developers in countries including the U.K., U.S. and Taiwan can plan their own grids, in Germany they’re bound to follow government transmission plans awarded to Tennet TSO GmbH. Federal, state and municipal planning restrictions and dithering have delayed completion of Germany’s 34 billion euro ($38 billion) “super highway” of power lines, which will transfer clean power from norther coastal zones to the south, until 2025. 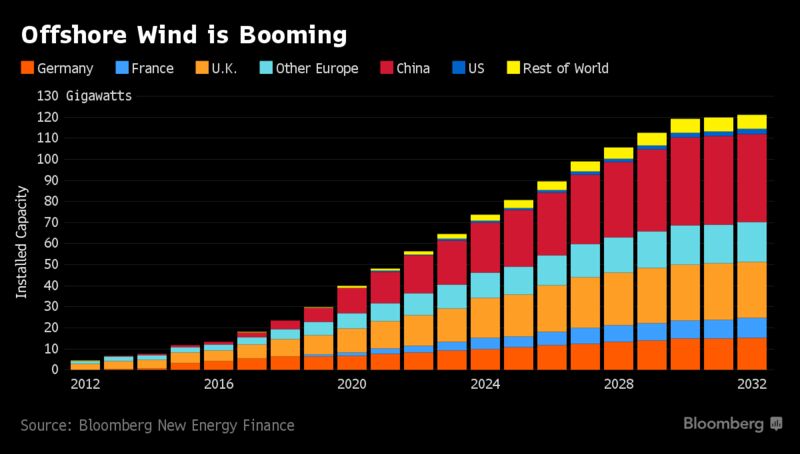 For Dong, the delays mean potential cost overruns as the company presses ahead with plans to spend about 5 billion euros on German offshore by 2019. The company expects to open its biggest project to date, the 450-megawatt Borkum Riffgrund 2 field, in two years.

To shorten delays, Dong, which is based in Fredericia, Denmark, favors streamlined construction rules for North Sea transmission lines. It also wants a single operator and open competition for building work, Leupold said.

The utility shares ownership of Gode Wind I and II with Global Infrastructure Partners, and indirectly with Germany’s third-biggest insurer by assets, Talanx AG. Four Danish pension funds, including PKA A/S, also own stakes. Dong is the sole owner of Borkum Riffgrund 2 but hasn’t ruled out seeking financial partners.