From China to Taiwan and South Korea, they’d been bracing themselves since October when the U.S. International Trade Commission recommended a 35 percent tariff. JinkoSolar Holding Co., the world’s largest producer of solar panels and China’s biggest exporter, called the levy announced Monday “better than expected,” a sentiment echoed by JA Solar Holdings Co., the second-biggest manufacturer, citing the U.S. plan to lower the tariffs over four years.

The duties are the latest step by Trump that undermine the economics of U.S. renewable energy, but they’re unlikely to raise costs of imported equipment far beyond recent levels. That’s because panel costs were already rising as the market priced in looming tariffs and some developers began hoarding. They also probably won’t be enough to deter some Asian imports or encourage companies to build more plants in the U.S., according to Bloomberg New Energy Finance. 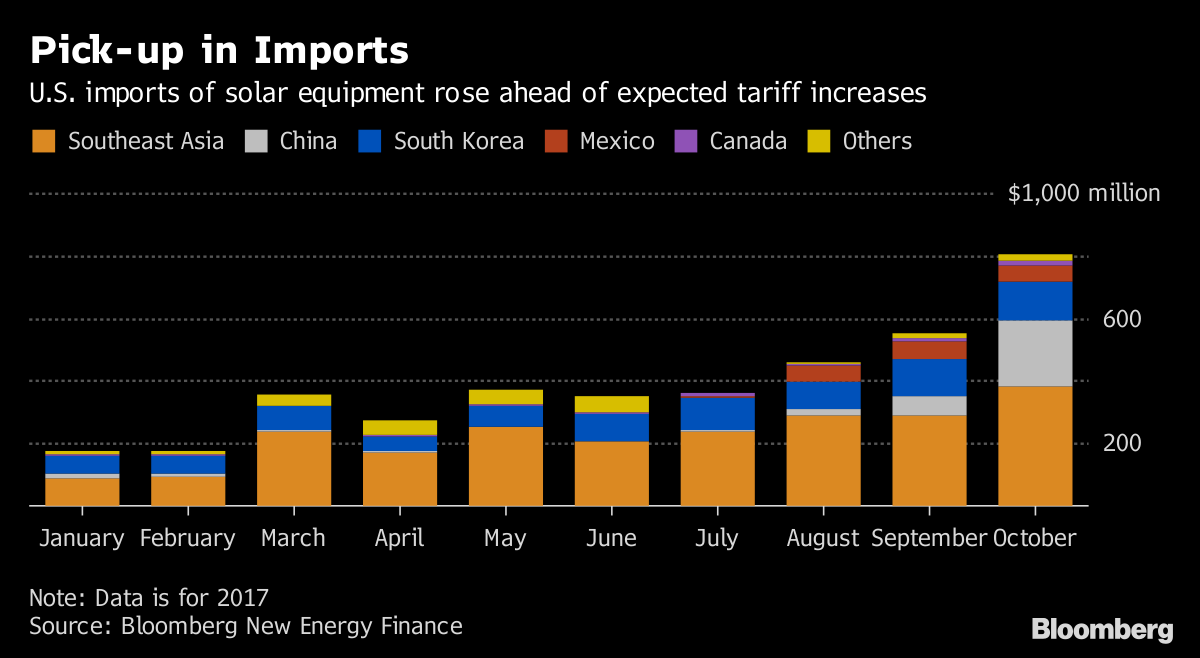 “Some companies were considering building in the U.S., but 30 percent isn’t that significant and they might give up those plans,” said Jiang Yali, a Hong Kong-based BNEF analyst. “If you compare building a new plant in the U.S. or in Southeast Asia, importing from Southeast Asia is still a better option.”

Solar-makers in China, the world’s biggest producer, have spent years dodging trade barriers by shifting production to Southeast Asian countries including Malaysia, Thailand and Vietnam, that weren’t subject to the same levies. About 13 gigawatts, or one-tenth of Chinese companies’ capacity, is in the region, according to BNEF. 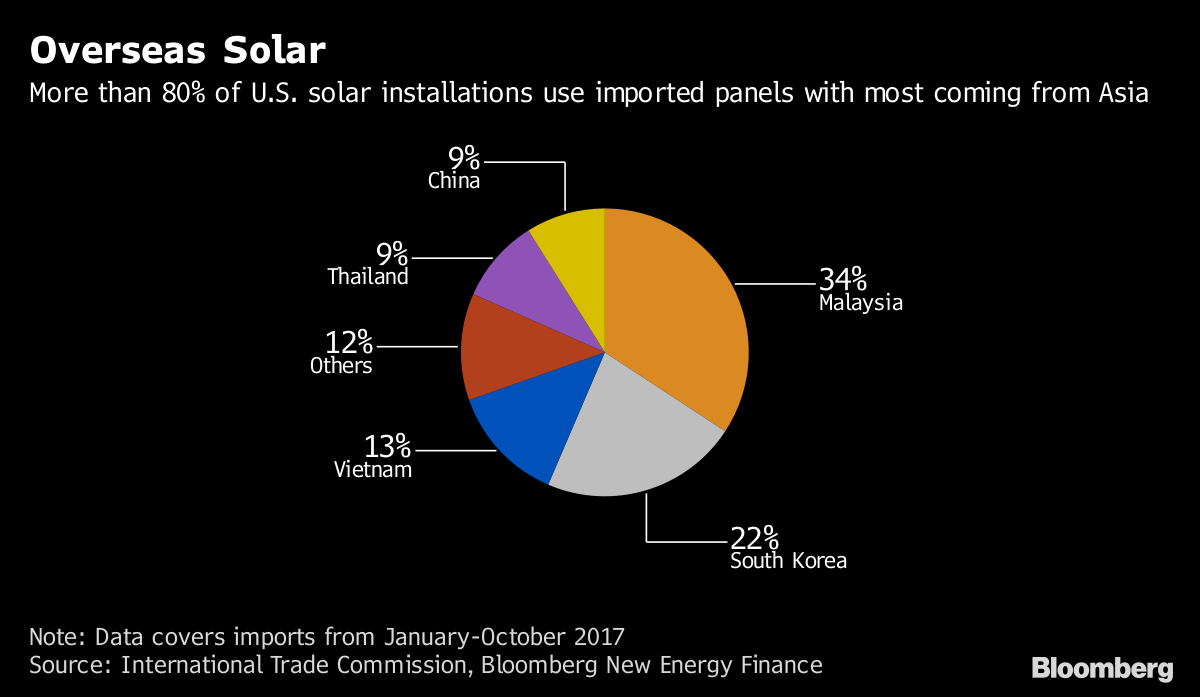 A 30 percent tariff on solar module imports would equate to an added cost of about 10 cents per watt, which would put the imported panels roughly on par with the current U.S. price, according to BNEF’s Jiang. The U.S. bought $3.7 billion worth of panels in the first 10 months of last year, more than 90 percent coming from Asia.

Major solar cells and module exporters will be affected by the tariff — especially Jinko, JA and Trina Solar Ltd. — but the impact will probably be limited in the short-term since the tariff was expected, said Robin Xiao, an analyst at CMB International Securities in Hong Kong. Liu Yiyang, deputy secretary-general of China Photovoltaic Industry Association, said every nation will be impacted by the new tariffs, though they were in-line with expectations. 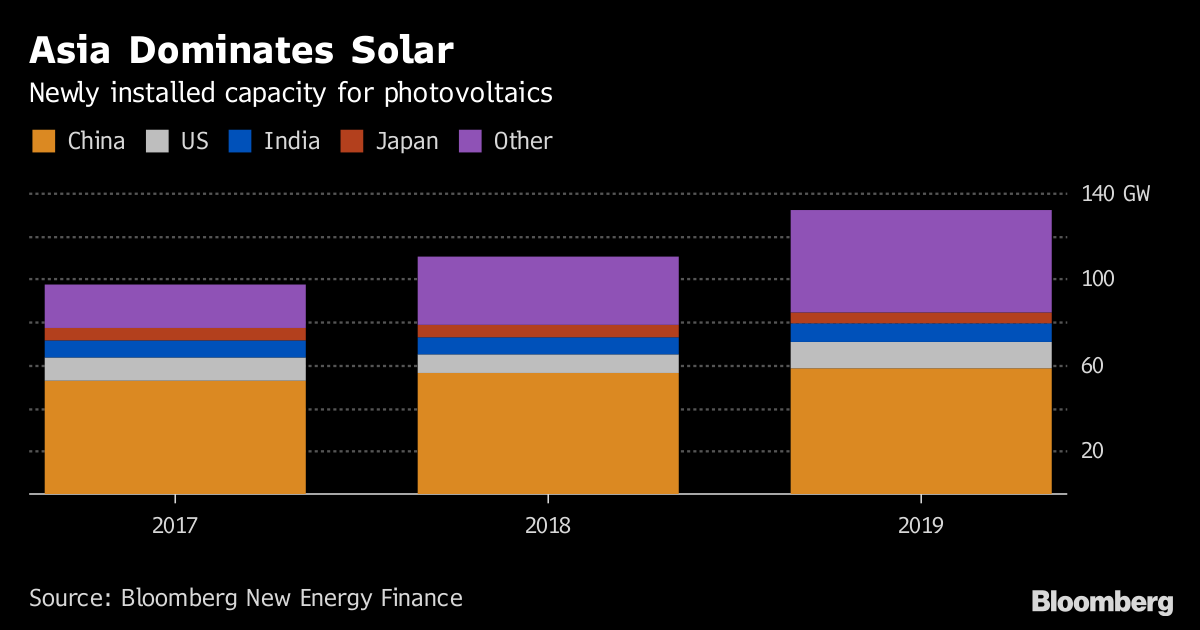 Reactions from other Asian manufacturers include:

Shunfeng International Clean Energy Ltd., the Chinese parent of the company that set the recent U.S. trade case in motion, Suniva Inc., saw an immediate boost on Tuesday. The company’s shares in Hong Kong rose as much as 5.2 percent, the biggest intraday gain in a month, before closing 2.6 percent higher.